The New Tico Software For The Prevention Of Fraud

The New Tico Software For The Prevention Of Fraud

Fraud in small and large scales has historically been one of the most difficult crimes to detect and prevent. It is not only large companies that are affected by these technological crimes but even customers and ordinary citizens, who expose themselves to scams through daily activities such as the use of bank cards.

Soon the ticos may feel more secure as the Costa Rican company SmartSoft develops software that seeks to increase the security of financial companies in the protection of their clients’ resources and in the face of the effects that may be generated by fraud or money laundering. SmartSoft is a company dedicated to the development of systems for the prevention of fraud and money laundering in banking, cooperatives, Sociedades Financieras de Objeto Múltiple (SOFOM), mutuals, savings and loan funds and other financial entities. 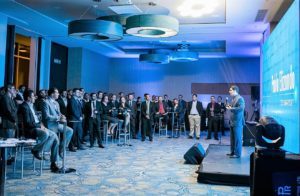 The Executive Secretary of the National Council for Scientific and Technological Research (CONICIT) Arturo Vicente, congratulated the directors and collaborators of the project for the efficiency shown in its execution, recognizing that since the evaluation of the project proposal, the CONICIT visualized a high possibility of success in the realization of the same one, considering the impact in the results of the project, besides the technological capacity and of innovation of the company.

How does this software work?

Through the project called “Determination of patterns of dynamic behavior for the prediction of fraud and money laundering in the financial sector” promoted by Pablo Elizondo, CEO, and Founder of SmartSoft, the new module was created that seeks to prevent fraud without using the traditional detection paradigms, but through an innovative system that is based on knowledge and analysis of the client’s behavior, as well as the population to which it belongs.

The Costa Rican software called Dynamic Behavior Patterns learns to know the client, his tastes, and preferences: places where he buys, when he visits the stores, amounts he ordinarily spends and other reference data. Subsequently, already in the fraud detection process, the information of new transactions is received and those patterns are compared to stop possible crimes. 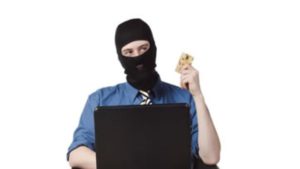 This new system without precedents can stop a fraudulent transaction and avoid the bank all the administrative process, as well as the user the hassle of making the claim. The Ministry of Science, Technology, and Telecommunications of Costa Rica indicated that the mechanism called “Dynamic Behavior Patterns” is unique in the world and was created with the support of the Small and Medium Enterprise Fund.

Developed with the support of the Propyme Fund, promoted by the government of Costa Rica, the new program increases the security of national and foreign financial companies in the protection of their clients’ resources and in the face of the effects that may be caused by fraud or money laundering.

According to CEO Pablo Elizondo, “this type of tool works with a focus on” real time “and” close to real time “in order to be as effective as possible. The real-time transaction comes in milliseconds to the bank and at the moment to validate the transaction is evaluated whether the purchase is approved or not, today it works in one of the largest private banks in our country, “said the expert.He estimates that the Dynamic Behavior Patterns software will benefit 160 financial institutions in 15 countries that use ” Sentinel ”.

“One of the great differences of this project is that here we first try to determine what is the usual behavior of the client, we do not focus only on the atypical behaviors but on understanding the normality of the client and then the variations that could represent fraud, that is, we look for fraud, but first analyzing how the client behaves, “said the CEO of the company. 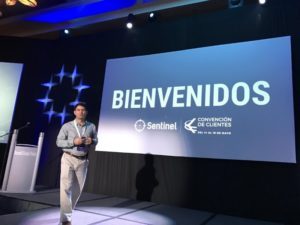 Through this development, it is hoped that many millions of dollars of fraud can be prevented. Currently, a large percentage of organized crime is fueled by money that moves through the financial system and this type of crime is today fought by financial institutions that seek, through their fraud detection systems, to prevent them from happening. This new technology can be applied to the analysis of the behavior of card users, customers of financial institutions, ATMs and telephone operator clients, among many other uses.

The development of this software also represents the achievement of joint work between the Costa Rican government (through the Small and Medium Enterprise Fund) and the private company SmartSoft, an example of how opportunities for technological advances are generated in the country.

Fraud and money laundering are two major issues that undoubtedly affect society today, however, with this great development of anti-fraud software, the Costa Rican, and international companies associated with Sentinel, will be able to breathe with relief and be sure of their financial security