Imagine waiting months for a much-needed organ transplant, only to lay in bed, writhing in pain, for 4 years after the transplant is completed. Imagine that the medicines the doctors give you don’t work because you’re allergic to them, so you resort to laying there day-after-day, a prisoner in your own home, until the point that you don’t want to live anymore. Your body cannot keep up with the constant vomiting, shaking, pain, and swelling. Just imagine this situation and ask yourself, what other choice do you have? 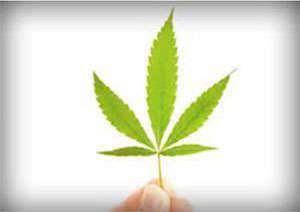 This was the situation of Yami Bolanos. She had a liver transplant in 1996 and was in pain every day of her life for the following 4 years. Then, she found a way out. She was offered to smoke marijuana with a friend, and it was the first time in 4 years that she felt any relief from her symptoms. The marijuana didn’t take the pain away, but there was a comforting feeling that came after smoking. This experience started her interest in legalization, to help so many other suffering people around the world. I had the opportunity to interview Yami and find out about how she got to where she is today.

What initially stirred your interest in legalization? How did your activism get started?

Yami’s positive experience with marijuana, which brought back her life, is what stirred her interest in legalization. She told me,

“I was laying in bed at Stanford University, recovering from my liver transplant, when legalization passed. I never thought I would be the one embracing the law and fighting for further legislation. I am still standing today because of medical marijuana.”

Within 3 years of her positive experience with marijuana, she opened the 7th medical marijuana dispensary in Los Angeles. Then, in 2006, she established the Greater LA Collectives Alliance (GLACA), a trade organization based in LA. The Alliance went political when it begged the city for an ordinance to regulate and govern marijuana, which LA didn’t have at the time. However, instead of an ordinance, the city banned the organization in 2012. A year later, GLACA was able to collect enough signatures to get Proposition D – which protected previously operating dispensaries from being closed down.

The Alliance is now 10 years old, making it the oldest medical marijuana trade organization in the country. It currently umbrellas the only legal entities in the city. GLACA assists 187 LA dispensaries to operate within local and state law, informing them about policy changes. The Alliance also has a network of complaint dispensaries to ensure that patients have access to clean, high-quality medicine.

Where else has your interest in legalization taken you?

The Peace for Patient Campaign was founded in 2013 after the death of Norman Smith, who was denied a liver transplant by Cedars-Sinai Medical Center because he had tested positive for medical marijuana. The campaign had the goal of ending the federal war on medical cannabis patients. In 2015, the Medical Cannabis Organ Transplant Act (AB258) was signed into law, prohibiting discrimination against medical cannabis patients in the organ transplant process.

Why do you feel so strongly about legalization? What issues do you believe are at stake?

What are the social and economic impacts of legalizing cannabis?

Yami believes that legalization of medical cannabis is the best solution to the social and economic problems in the U.S. and elsewhere. It prevents overcrowding in jails and eliminates the finances needed to hold these non-violent “criminals” convicted of drug possession or sales. People won’t be punished for trying to do something good. Legalization would also bring many jobs to communities. Cannabis is the biggest money-making crop in California, why wouldn’t that be the same case other places? There is plenty of work to be done in the cannabis market, such as growing, cultivation, cleaning, and selling. It can employ a lot of people.

Yamileth Bolanos is the keynote speaker for the upcoming Latin American Medical Cannabis Conference in San Jose, July 28-29. There, she will present what initially started her interest in legalization, and help doctors, government officials, and business-people attending the event to get a real understanding of the many facets of this industry.

I am proud to be able to go back to Costa Rica and inform and educate the people there. There are a lot of liberties and freedoms in Costa Rica. People are finally opening up their minds. The politics have finally caught up to the science.

: PROMED, the Council for the International Promotion of Costa Rica Medicine will host the Latin America Medical Cannabis Conference in Costa Rican on July 27-29th as part of ExpoMed series. PROMED is a private not-for-profit organization, which coordinates the quality control and international promotion efforts of the medical tourism industry. Its goal is to ensure the quality of services provided by the private health industry in Costa Rica as the country becomes a major center for global medicine and medical tourism.

The Cannabis Industry Association Costa Rica is not affiliated with any US or other organizations. 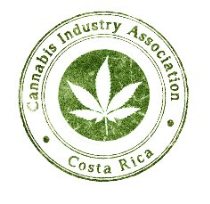