After the collapse in employment levels due to the SARS-CoV-2 Pandemic, the National Government announced that it will use two international credits for $ 545 million, to finance credit guarantees for companies, 119,000 new ‘Protect’ bonds and a support program for 5,000 small tourist companies.

The first of the loans has already been approved by the Central American Bank for Economic Integration (CABEI), for a total of $ 300 million, and would be used to boost credit guarantees for some 18,000 companies out of the more than 90,000 that the financial sector already serves.

The money from the loan would be used so that the State assumes the credit risk for a total of $ 3,000 million, allowing more companies access to working capital resources or adjustments. According to the Minister of Planning, Pilar Garrido, these companies would only be required to maintain their employment levels or, in the best case, recover what they had before the emergency situation.

The credit guarantees would first need the legislative approval of the mechanism, for which the respective project has already been presented to the secretariat of the National Assembly. The resources would be managed by the General Superintendency of Financial Entities (Sugef), which should coordinate credit operations “with special conditions of interest rates and terms.”

The proposal is that the fund issue all the guarantees in a space of 12 months. All the financial institutions supervised by the Sugef, will be authorized to request the guarantees of the fund, representing MSMEs and companies in general.

The second loan announced by the Government is one that was negotiated with the Inter-American Development Bank (IDB), for $ 245 million. Specifically, $ 76.475 million would be used to finance 119,000 new ‘Protect’ bonds (intended for people occupationally affected by the Pandemic), $ 10 billion to support the “Empléate” training and employability program, and $ 15 billion for a new subsidy program salaries focused on small and medium-sized companies in the tourism sector.

On this last initiative, the Tourism Minister, Gustavo Segura, commented that $ 15 million – through non-reimbursable funds – would be used to partially support some 30,000 jobs in some 5,000 small and medium-sized companies. The rest of the loans would be used to finance public debt and operating expenses in amounts of $ 142,025 million and $ 1,500 million, respectively.

“Sore and shaken”
Government leaders, including President Carlos Alvarado, said they were “shocked” and “hurt” by the employment figures published this morning by INEC (National Statistics Institute). The entity registered an increase of 256,000 unemployed people in the year-on-year comparison for the second quarters of 2019 and 2020.

“We are shocked and hurt by the unemployment figures published today, in the context of the Pandemic, which reached 24% unemployment. It is something that fills us with concern, because this crisis is deeply affecting Costa Rican households,” said Alvarado, before pointing out that “efforts will be redoubled to try to conserve and recover the jobs that the country has lost.”

In addition to both announcements, the president asked the Legislative Assembly to support projects that would facilitate improvements for employability conditions, such as the reform of the National Learning Institute (INA), simplify administrative procedures, investment packages for public works in police infrastructure, roads and coastal areas, and the controversial project of exceptional days.

Alvarado also indicated that talks will be held with the sectors most affected by the Pandemic and that possible improvements to the sanitary restriction measures that have already been announced will be analyzed; However, he stressed that “it will always be the health criteria that will be prioritized”.
“The World Health Organization has mentioned that we cannot have full economic activation until we are in control of the Pandemic, and that is why we have done all the technical work to avoid saturating the health systems while allowing, to the maximum extent possible, economic activity,” he concluded. Adding that the measures will seek “to defend employment and promote work in a difficult context.”

Costa Rica reached this August 6th the first five months since it detected the first imported case of the Coronavirus in the country. Since then, its economic projections have fallen sharply, with an economy that will contract as it has not since the crisis of the 1980’s, according to the Central Bank. 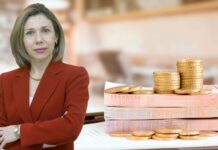 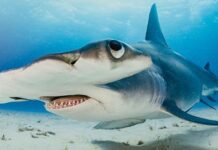 Costa Rica and the Irregular Situation of its Seas 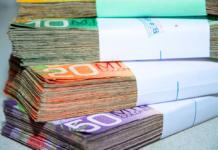