The Intrinsic Intent of the Universe

Aloe Vera: What are its Properties and Recommended Uses

As I see it, human consciousness is an unexplained contradiction in the infinitely dynamic order of the universe. Consciousness is not “evolving,” and things are going from bad to worse. Is there an understanding of the relationship between humankind and the universe that offers genuine hope?

Previously in human history, religious beliefs served to give meaning to the many, while enabling the few to have control. But belief systems in recent decades have become increasingly reactionary, whether in the Judeo-Christian, Islamic, or even Buddhist worlds. Is there is an experiencing of something ineffable, having nothing to do with belief? 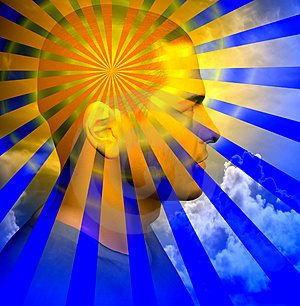 If one believes the universe is a completely random interaction of energy and matter, then an inseparable cosmic intelligence beyond thought (without implying any kind of personal God) is just the invention of despondent or despotic minds. With the negation and quieting of thought however, there is an experiencing of the living order, mystery, and sacredness that permeates the cosmos.

But as it is, human consciousness is a great contradiction and conundrum. It used to be called “the riddle of man.” This mystery cannot be resolved by science, or by mushy appeals to the ‘oneness of our deeper selves,’ nor by the Eastern duality of “Higher Self” vs. “Lower self.”

Is evolution working something out in human consciousness? Not that Earth, much less “man,” are the center of the universe. Just that content-consciousness is obviously coming to a head on this planet, apocalyptic theology notwithstanding.

Symbolic thought has generated unsustainable levels of fragmentation and disorder on earth. No other life form on this planet operates as we humans do using thought.

The central question to my then mind is: How did our extraordinarily powerful human brain, defined and dominated by separative “higher thought,” evolve from the infinitely dynamic order and seamless wholeness of the universe?

Given the right conditions and enough time, evolution, in its random but generally directional way, apparently produces brains capable of symbolic thought. That doesn’t imply a hierarchy of dominion, much less “man being created in the image of God,” but rather an enigma, and growing crisis for the species in which conscious thought evolves.

Though it’s an incredibly powerful adaptation, symbolic thought rests on a principle that is the antithesis of the wholeness and order of the universe. Simply put, whereas the universe operates as an undivided unity, “higher thought” separates parts from the whole. That is its essential evolutionary nature and function. In not understanding the mechanism of thought however, it has fragmented the earth to the breaking point.

Therefore on one hand, the ability to mentally and physically remove “things” from the environment has given the human species immense powers of manipulation and control over our environment, even down to the genetic level now. But on the other hand, using thought without insight into its nature and limitations is fragmenting the earth, cultures, and people all to hell.

Consciousness as we usually know it is a growing momentum of useful knowledge and useless accretion. The net result is increasing division, conflict, and fragmentation. Indeed, the unaddressed accumulation in consciousness of useless content (for example, divisions and disintegration, hurts and hate, grudges and garbage) is the source of darkness and evil in the world.

Thought-based consciousness has reached a point where the fragmentation it is generating threatens the viability of the Earth’s ecosystems. At the same time, self-made fragmentation is also putting tremendous pressure on human beings to radically change, which the vast majority of people are resisting.

The great paradox is that “higher thought” is both a necessary precondition for conscious, silent awareness of the intelligence that permeates and transcends the universe, and the greatest impediment to that awareness. Therefore self-knowing has become the indispensable foundation for the survival of our species.

So is there a cosmic intelligence that cares about the fate of humankind? Tentatively yes, though not about “man” as a special creation, much less about us in any separate or personal sense.

There seems to be an intrinsic intent in the universe to evolve, through a largely random process, brains capable of awareness of the intelligence that permeates and transcends the universe.

When human beings passionately share that intent, which can only operate within and through us, we participate in ongoing creative unfolding of life.

The Department of State of the United States of America restored to level 2 of 4 the travel recommendation...
Environment

Aloe Vera: What are its Properties and Recommended Uses

How to Make Your Spanish More Costa Rican

A Fascinating Wave from Peru to the World

A Fascinating Wave from Peru to the World

The First Costa Rican Woman to be an Electric Car Mechanic: Keisy Marrero

It Is Better to Exercise than to Rehabilitate