The Earth Charter in Costa Rica 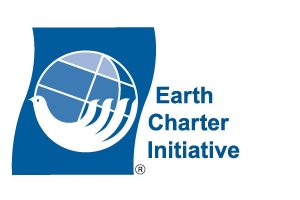 The Earth Charter Initiative (ECI), located in Costa Rica, began with an excellent vision but limited intent. It provides an “ethical framework for the values and principles of sustainability from an integrated approach.” Can ECI be renewed with a whole intent, and become a true force for sustainability?

Though there are exceptions that prove the rule (notably, a significant slowing by Brazil in the rate of destruction of rainforest), man continues to plunder the earth.

The fact is, after ten years of the Earth Charter, and many more years of the environmental movement (not to mention thousands of civil society organizations devoted to redressing every aspect of human disorder and destructiveness), humankind is still moving in the wrong direction. Indeed, the rate of ecological destruction and economic disparity is increasing rather than decreasing.

What is ‘sustainability?’ Essentially, sustainability is a fashionable word for humankind living in relative harmony with nature and each other.

In that respect, the basic approach of the Earth Charter Initiative (ECI) is clear and cogent. As Mirian Vilela, Executive 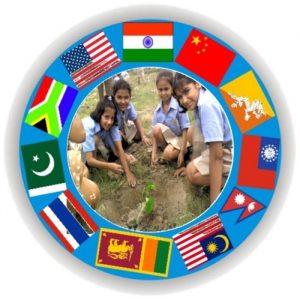 Director of ECI states, “environmental protection, human rights, poverty eradication, and peace are part of a common agenda. The interrelated problems that we are facing require an integrated approach to address it.”

Given the indisputable accuracy of this statement, why hasn’t the Earth Charter been more effective in redressing man’s egregious ecological and economic imbalances? Of course, it’s asking an awful lot of one initiative and institute, however well thought out substantially backed it is, to change the millennial momentum of man.

That said, there are very few if any other leading global organizations that purport to “provide a new, inclusive, integrated ethical framework to guide the transition to a sustainable future.”

The Earth Charter’s holistic approach is irreproachable, but to my mind there’s a fundamental error in thinking with it, albeit one that could be corrected without too much difficulty.

With convincing conviction, Mirian Vilela states that “the more you know, the more you are capable, and the more you are responsible to address a problem.”  That is an epistemological claim, which assumes the primacy of knowledge in human life. But has more knowledge, whether scientific or cultural, made man more civilized, harmonious, and peaceful?

It’s clear that knowledge, while indispensable for sustaining life, is not the basis for sustainability. That applies whether we’re talking about scientific knowledge, or information about ecological destruction or any other man-made problem.

The Earth Charter says some very good things. Perhaps this rather long and lumbering document can be summed up by this sentence, tucked into Section II, paragraph 7, letter f: “Adopt lifestyles that emphasize the quality of life and material sufficiency in a finite world.” But reading the entire Charter, it tends to produce the benumbing effect that all lists do, no matter how well conceived and well intentioned.

Meanwhile, the militarization of the planet continues apace. Fearing to go where devils tread, the Earth Charter Initiative, located in demilitarized Costa Rica, attempts to address and redress the situation by saying that nations should “demilitarize national security systems to the level of a non-provocative defense posture, and convert military resources to peaceful purposes, including ecological restoration, [as well as] eliminate nuclear, biological, and toxic weapons and other weapons of mass destruction.”

(America has twice as monstrous a military as all other countries combined. Yet when President Obama this week put forth a plan to simply slow the rate of increase of Pentagon spending, the crazy hawks in Congress began shrieking that he was undermining national security.)

An ethical framework, no matter how sound and widely disseminated, cannot initiate sustainability if the intellectual construct 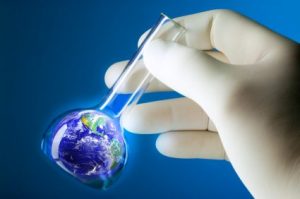 (the ethical dimension) is put first. Teaching ethical guidelines in schools and colleges is a good thing, but it will not produce the emotionally integrated intelligence essential to living in lessening contradiction and conflict on this earth.

In short, a list of principles that most people can rationally agree on is not a course of action most people would be willing to take in their self-interested emotional lives.

Then what is the indispensable requirement for humankind to live in relative harmony with the earth and each other?

Any true intent at any period in human history is whole, not partial.  A self-imposed limitation of intent is also the basic malady of the United Nations, which faces the same challenge to a much greater and more perilous degree to the human prospect than the Earth Charter.

The primitive need to believe that things are getting better, no matter what the evidence says or our shrinking hearts proclaim, is the first impediment to facing and adequately responding to things as they are with humankind as a whole.

As the human crisis intensifies with each passing month, enough of us have to free ourselves of the partiality of identification and the particularization of focus.

For that to happen, and for man to cease destroying the earth and humanity, there has to be a radical change in consciousness, a deep alteration in the way the brain uses thought. Can the Earth Charter Initiative spearhead such a revolution?