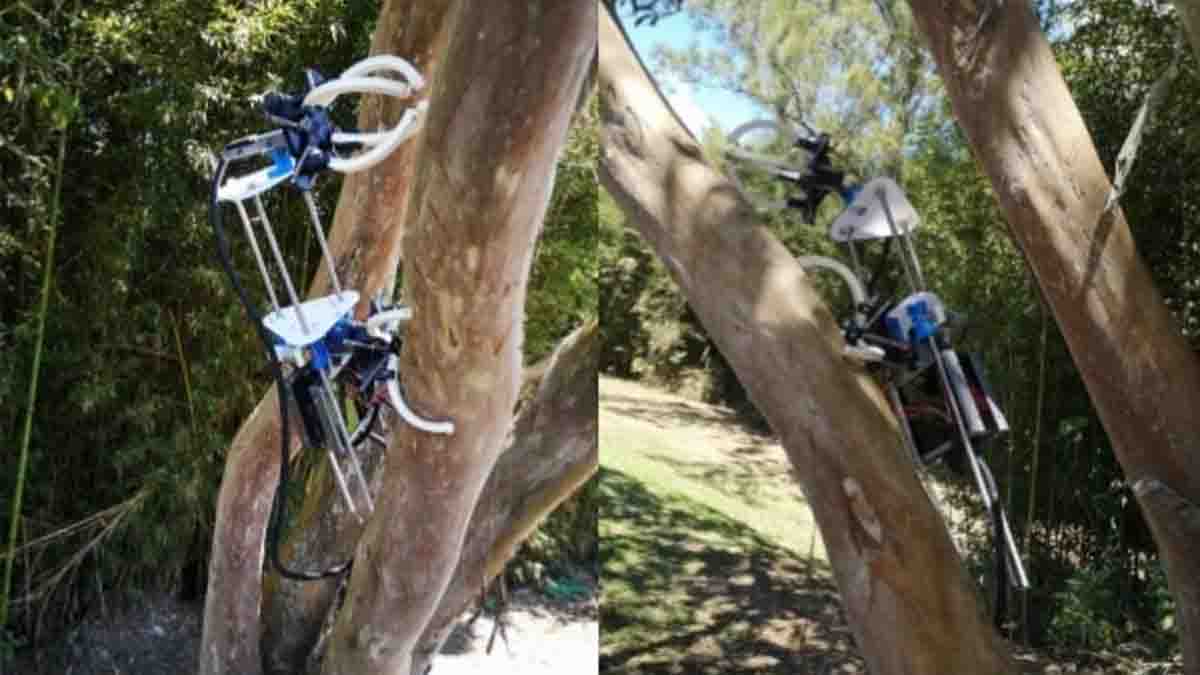 The extraction of samples from very tall trees or trees located in broken terrain will be easier, faster and safer, thanks to the design and creation of a prototype tree climbing robot developed by José Miguel Ortega, a student of Mechatronic Engineering at the Technological Institute of Costa Rica.

The device is capable of moving in all directions and can carry tools of up to 3 kilograms. In addition, it can adhere to trunks between 10 and 80 centimeters in diameter of various forest species and uses an energy saving system while not in motion.

Ortega explains that, currently, the sampling of trees in primary and secondary forests in Costa Rica is a complicated and dangerous process because the person must climb to high altitudes and use a scissor-type cutting tool that is placed at the end of an extensive detachable rod.

“Typically, forests present irregular topography, exposing those who carry out the sampling to risky conditions, since when using the tool in this type of terrain they are on a high probability of having an accident,” said the student.

Ortega also points out that the traditional way of taking samples has visualization difficulties due to the heights, the branches and the shapes of the trunks of the trees that, sometimes, obstruct the path of the tool. “This makes the procedure inefficient. Sometimes unsuccessful samples are cut and the process has to be repeated, which wastes a lot of time and energy,” he added.

Part of Ortega’s inspiration for the prototype design came from the way some animals climb trees. “It is about imitating climbing techniques of squirrels, monkeys and insects. In fact, sometimes I was left wondering, after admiring the agility of the TEC squirrels to jump from branch to branch,” he recalled.

Ortega is an enthusiast of robotics and of the possibilities offered by this discipline to create tools that facilitate people’s tasks. “In Costa Rica, robotics in the forest field is a practically unknown topic and there are many manual tasks in which robotic systems can be implemented to help carry them out, including tree sampling,” he said.

According to the student, one of the main challenges he had to overcome was the scarce existing information. He explains that although some similar robot prototypes have been developed in countries such as Japan, China and the United States, none of them have the characteristics needed to solve the problem of tree sampling, the final objective of his research project. Additionally, he had to face the challenge of developing the prototype with a limited budget and within 6 months.

Cassia Soto, teacher and researcher at the TEC School of Forest Engineering, highlighted the importance of having this robot to facilitate the work of forest engineers in their tasks of study, protection and management of forest ecosystems. “In tropical forests, trees can reach more than 50 meters in height and sometimes it is necessary to reach the leaves, flowers or fruits that are at the top,” she explained.

According to Soto, sample collection from trees is generally done with an extension mower that has a height limit and that is heavy and difficult to handle. Taking this reality into account and that other sampling methods are also complex, limiting and dangerous, she points out that the climbing robot would offer the following advantages for this research work: Get to any part of the tree. Sample cutting precision. Greater security for people taking the sample.

In addition, consider that the robot can be improved to hold the sample instead of dropping it so that it is not damaged, as it happens with other cutting methods. “You could also put sensors on the robot to take measurements of the tree along its displacement,” she added.