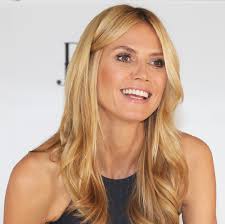 The German model Heidi Klum was in Costa Rica last April 9 and until last Saturday 15. According to the press office of Migration and Aliens, the celebrity entered Daniel Oduber airport in Liberia with her boyfriend 13 years younger called Vito Schnabel. So they are in photos that the German supermodel published in its account in Instagram, followed by more than 3.5 million people, in which also appears fishing.

The couple enjoyed the Guanacaste beaches, sunbathing and strolling on a yacht.

Although it is not known which beaches they visited, we can assure that they were some of the popular beaches of the pacific of our country.

Klum joins a list of celebrities from around the world who decide to take a vacation in Costa Rica as did the Kardashians-Jenner family and as the singer Justin Bieber.

Klum has an emporium with its designs of clothing, footwear, jewelry and swimwear. Since 2004 is the face of the reality Project Runway. This mother of four has been the face of Victoria’s Secret, Vogue, Elle and Sports Illustrated, among other magazines.

Joaquin Phoenix and His Passage through Costa Rica