A spiritual community for transgender people? Does that even exist? Many generations have passed since gender variant people were welcomed as spiritual beings, fully in their gender bend, in spiritual community. As a GenderQueer Androgyne myself I found that the acceptance of gender variant was possible in a variety of progressive churches but no other community has fully CELEBRATED me as a gender bender. The difference between acceptance and celebration is profound, as one helps you feel like it’s okay to be who you are but the other celebrates who you are. The Fire Tribe is one of the few communities that celebrate gender variant people.

Before I understood I was transgender over 10 years ago I found myself in a Fire Circle that included the facilitator of ForestDance, Jason Cohen. At that fire I danced as a woman, mother and wife with very little understanding for gender expression. When I arrived at those dances I was clinically depressed and working hard to find deeper meaning to my life. I was just barely 30 years of age. 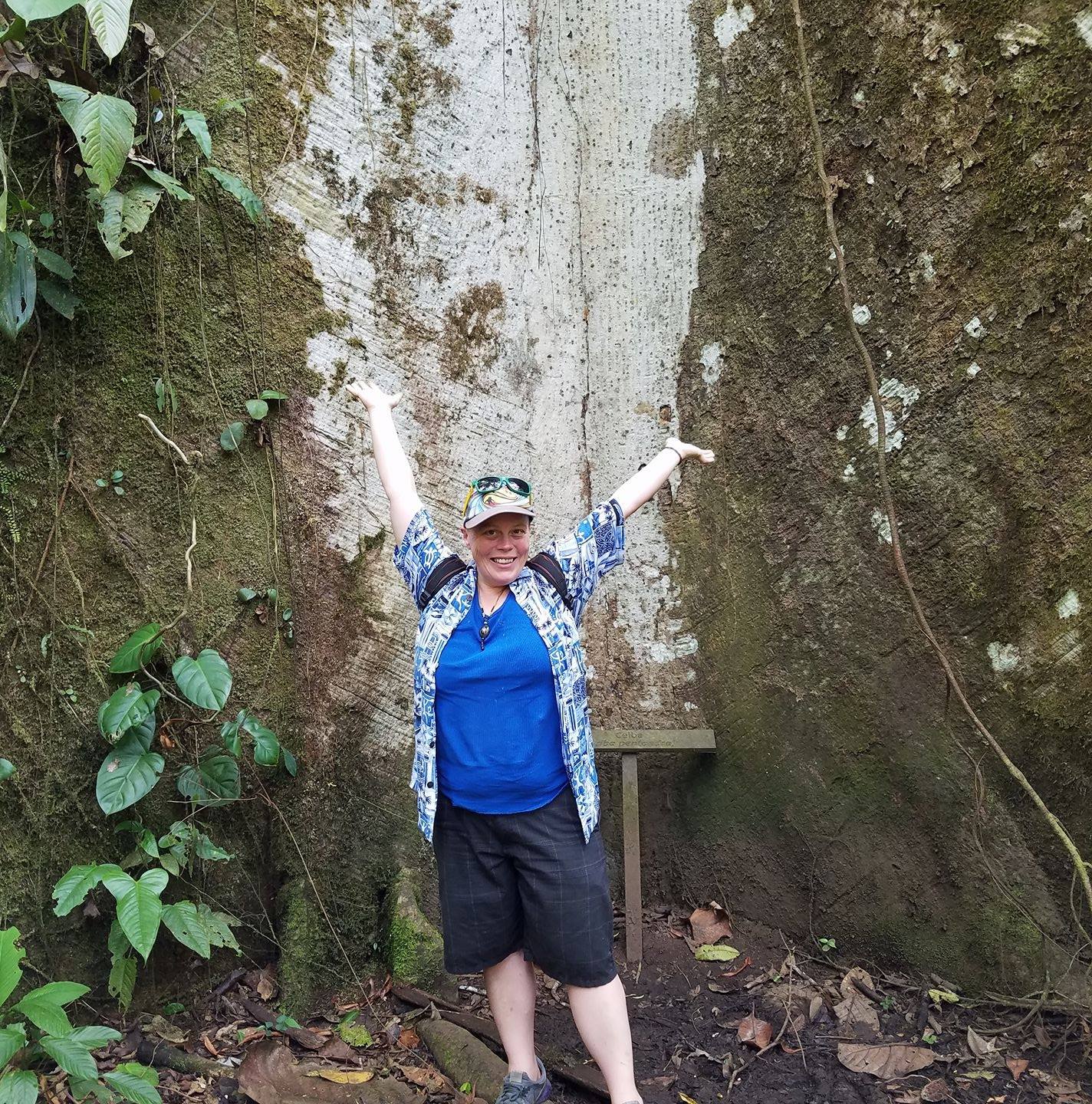 Those 3 years of dancing pushed me into the next phase of my life that would lead me to places I never let myself fantasize about. I took a five year break as I made major changes in my life such as ending my miserable marriage with a closeted cross dressing man. Our child was approaching adulthood and it was time I did things for the best interest of ME. I made a variety of choices about my life including my interest in women as romantic partners. I found myself excited to explore my gender expression, spiritual depth, and deepest dreams. I had also found yoga as a physical practice to support my massive weight gain which has lead to losing over 100lbs.

My prayers became deeper as I realized the masculine expression of me became more and more unsettled in its oppression. My masculinity is oppressed every time someone assumes I am a woman, every time someone looks at my large breasts as a mother and assumes I am fully a woman. They have failed to recognize my masculinity and as a result I feel oppressed. I also have strong foundational values about medicines and found myself uncomfortable with the idea of using synthetic hormones in order to get my masculinity honored.

As I began to explore the idea of GenderQueer and Androgyne I found myself most comfortable in myself with these expressions because they honored my core values about nature. Then as I spoke to an old friend they reminded me of the old Fire Circles I had attended in years past and how they consider the androgyne a being of great importance. Me important? Although my humble heart denied my personal importance, I had to explore this further. I realized that the Fire Circle is based on the Alchemical Model introduced to community at first by Abigail and Jeff McBride, a couple I had hosted at the first three fires I attended. As I researched alchemy I found that to reach what might be called “enlightenment” the practitioner would get in touch with both the divine feminine and masculine inside themselves – this understanding of ourselves meant we were closer to the divine, whatever that was. My only struggle with this is that I lived this every day, day in and out, not just in the circle. I didn’t feel very enlightened and in fact I felt lonely, oppressed, and depressed. One of the reasons I felt this way was because of the profound changes I went through after 5  years of prayer alone. I was alone, no community, no spiritual friends – I felt very lost.

I also knew that I needed to move from the very conservative area I lived in as it was oppressive, depressing and restrictive for my full expression. I cannot ignore my spiritual self, since I am a holistic life practitioner. Spirituality in that town was limited to a few choices that were accepting.

I would be lucky to get gender neutral pronouns or find any other like minds. I did occasionally hold small fire circles at my own space for community members moving through my area. It was like little bits of reprieve and positive uplifting friends, constantly reminding me that the world was a big place and I could find community I needed so deeply. I worked in a Nursing Home where I felt the elderly with dementia were my best friends. They used male pronouns about half the time with me and their social inhibitions had fallen to the side, they forgot it’s not really acceptable to speak their truth. I loved them all deeply, just as they were. As one of the most effective caregivers in the facility I was often put with the most “difficult” to handle. I loved the residents in that facility as much as they loved me. Then as I really began to change my presentation of my gender to the world I shaved my head. This action cost me a promotion, just another indicator that I had to get out of this conservative area. I was put in a position that was often rumored as their way to “fire” people they didn’t want on the job, likely because of their prejudices as a very conservative Christian belief system. I was put on the position to be sure that over 40 people did not stand up and fall.

I reached for music, since the TV played constantly was barely noticed anymore. I began to use a CD from a friend that I knew was part of the Fire Circle community. Bright Hawk’s and Jason Cohen’s CD is called Sacred Side Project and features Handpan music meant to bring healing for listeners. The handpan music had an effect on people with dementia, suddenly they were more calm and willing to accept my suggestions! As I leaned deeper into my need for community and trying to accept where I was in the moment I found myself setting things up as a Fire Circle, with a few adjustments for the handicapped. I put all the wheelchairs in a circle, music box in the middle and I began to dance with each person, as much as they were capable.

It was a profound change in behaviors as I began to bring true heart into the circle with touch and validation therapy. This program was profound because it changed combative residents into loving friends, angry elderly into laughing youthful souls, and misunderstood patients (because their words don’t form well in dementia) into supported dancers. As I began to practice this every day I realized I could create a real program out of this and that the music of the handpan was having a profound effect. I was curious about the prospect of live handpan music.

I approached Bright Hawk about trying a business model we now call LetsDanceActivities.com and found that she was willing and eager to give it a try. We began to work together in September of 2014 and now almost 3 years later we are moving our successful business into a non-profit intended to change the way we treat our elders, especially those with dementia and Alzheimer’s. What I hadn’t really planned on was that Bright Hawk was also a well known facilitator for Fire Circles around the world. She had over 20 years experience with the community including many years of working with Abigail & Jeff McBride and Jason Cohen. I had no idea until we were deep in business together and suddenly what I had dreamed in those circles of elderly was coming true.

Today, my dreams of traveling and contributing to the world my best talents has manifested as a result of developing Let’s Dance. Inspired by my experience with the Fire Circle, Let’s Dance has now manifested into a world-wide program. We visit long term care facilities all over as a special program for elderly especially those with special needs. Let’s Dance brings a program that “gets engagement from those that don’t normally respond to anything else”. 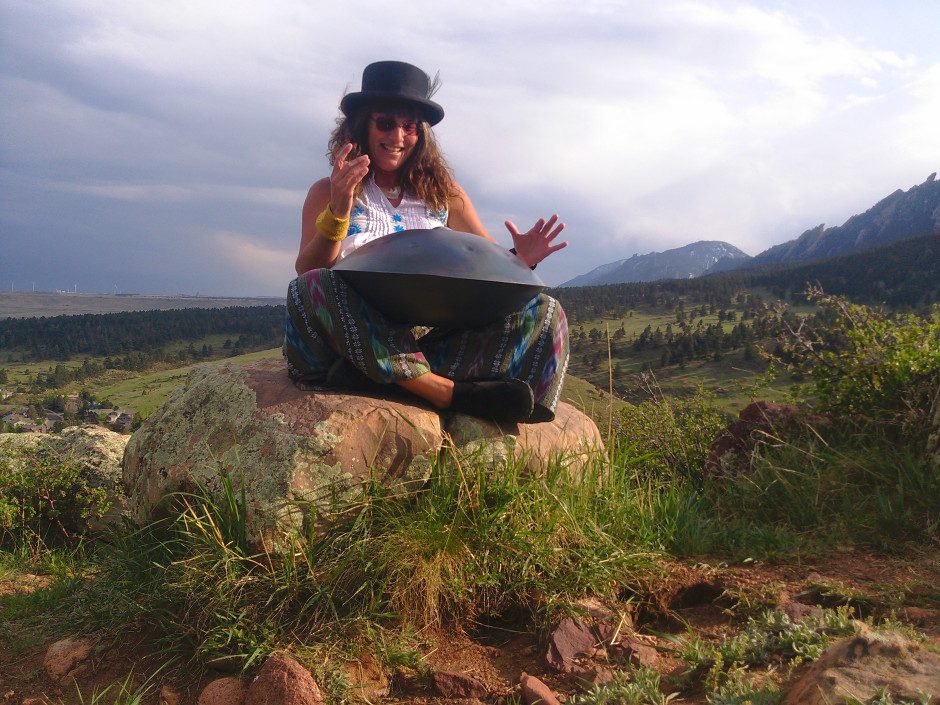 The music that Bright Hawk brings combined with my special touch, validation therapy and fun movement creates a program that is hard to match. Activities Directors are excited for our annual visits and we are excited to bring our gifts to communities that need it the most. We are now creating a non-profit so that we can continue to offer the program as economically inclusive. Inspired by Fire Circles we take this magical cooperative experience to special needs communities as well as other communities looking to increase their compassion and understanding for each other. We also now offer storytelling programs for children in libraries and schools that include stories with gender neutral characters. Stories that teach a love and respect for nature as well as peaceful attitudes about other human beings on our planet. I have also manifested a publication that explores spirituality for those of us that are “not like everyone else”. We seek include all spiritual voices that are oppressed including transgender and gender variant people, autistic people, home free people, and of course women of color. DiversiTree.org offers a voice for those often unheard under the roar of main stream religion.

Today I have tons of friends that are honored to use gender neutral pronouns with me and to see me as something more than a woman. I am a woman, in body. In my mind I am a man. In my soul I am an androgyne. Although not every circle fully carries the “Alchemical Model” in which I originally found the idea of enlightenment through the embracing of our divine masculine and feminine–it holds something else even more important, community. We all need a community to be part of, we all need some sort of family. I am no longer clinically depressed because I am being who I truly am with full expression of myself on the outside, including asking for neutral pronouns. I found my deeper calling in life and am following it as best as possible, it’s a lot of work!

I am no longer lonely as now know I have community around the country.  I am celebrated as an androgyne in the Fire Circle Community and often trusted with the most precious beings in our community, children. I have years experience working with children as a mother including around the Fire Circle. I am part of planning and holding space for others to experience the magic and community around the fire. I am seen as a truth speaker, a chef, a dancer and all around diverse androgynous being. I am celebrated as a spiritual being we call an Androgyne – the spiritual expression of Gender Variance. I am a happy, content person that still sometimes struggles with my gender expression in the world but I find peace in knowing that in the Fire Circle I am SEEN! I am SEEN as an Androgyne and celebrated as a divine being of light. I offer this community experience for others like me, I know you are out there. Transgender and Gender Variant people are in all cultures around the world, we have been for hundreds of years. We are all here to change the world and I offer a community in which you can find solace, especially around your gender expression. 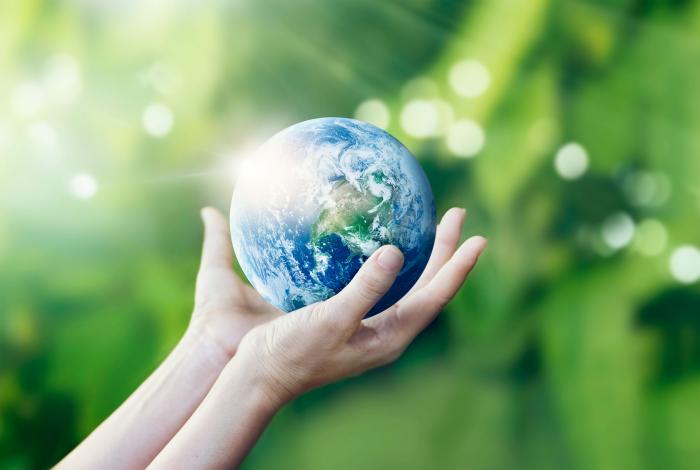 This growth in community can help you feel like you belong somewhere and provide a worldwide support system to help YOU bring YOUR talents to the world. Our world is suffering we need YOU! All gender expressions welcomed and celebrated in Fire Circles around the world and ForestDance is among them.