Scientists Manage to Generate Electricity from Moisture in the Air

Technology is always in search of alternatives, of new forms of survival,...
Read more

Many times we feel a constant pressure to which we submit ourselves...
Read more

In our country, the main dishes of our traditional food incorporate several...
Read more
TCRN STAFFhttps://www.TheCostaRicaNews.com
Creating a Conscious alternative news network that we feel the world needs. Pura Vida! 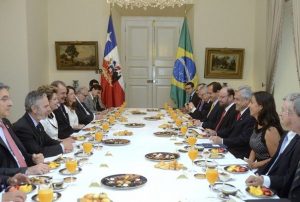 The Spanish Prime Minister, Mariano Rajoy, and the president of Costa Rica, Laura Chinchilla, held a meeting this past week in Santiago de Chile in which they expressed their desire to expand the business relationship between the two countries.

Both considered relations optimal, according to Spanish sources, but still have enormous potential.

In that sense, Chinchilla thanked Spain for its development cooperation to Costa Rica in the past few years, and expressed hope that relations are extended to other areas such as business, and have Spain share in Costa Rica’s tremendous growth.

Rajoy and Chinchilla also reviewed the economic situation in the European Union and the future of the Pacific Alliance.

This integration organization, whose objectives include the projection Asian markets, is formed by Chile, Peru, Colombia and Mexico (the three fastest growing economies in the region), while Spain and Costa Rica have the status of observer countries.

Rajoy, at a previous meeting he had with the president of Colombia, Juan Manuel Santos, announced his intention to attend the Summit of Heads of State and Government of the alliance to be held next spring in the Colombian town of Cali.

Also, the president of Costa Rica today moved to the head of the Spanish government desire to enter soon in the OECD.

Chinchilla was also attending other high level meeting with different members of the European Union.

Scientists Manage to Generate Electricity from Moisture in the Air

Technology is always in search of alternatives, of new forms of survival,...
Read more
Health

Many times we feel a constant pressure to which we submit ourselves either in the workplace or...
Read more
Culture & Lifestyle

Her name is Alicia Rojas Araya, she is a scientist at the Faculty of Microbiology of the University of Costa Rica (UCR) and at 32 years old she already holds one of the most prestigious awards in the international arena for her studies in parasites: the Odile Bain Memorial
Read more
Environment

n Costa Rica, 29 species of sharks and rays have been studied, of which 66% are in danger of extinction, according to a report by scientists from the University of Costa Rica (UCR). Sharks and rays are organisms that contribute to the health of the oceans
Read more
- Advertisement -

The XXXVI edition of Expotur will be held virtually, from November 16 to 21, using the latest technology to promote personalized approaches...
Read more