The Land of “Pura Vida” Awaits You
Read more

An earthquake of magnitude 5.0 shook the capital of Panama in the early hours of this Saturday and scared many of its inhabitants. No damage was immediately reported
Read more
TCRN STAFFhttps://www.TheCostaRicaNews.com
Creating a Conscious alternative news network that we feel the world needs. Pura Vida!

This prequel to the Shrek cartoon franchise, with Antonio Banderas as the heavily accented cat of the title, is an entertaining, if not rip-roaring spin-off 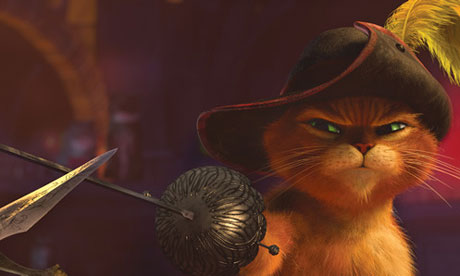 It hasn’t been that long since Antonio Banderasstartled audiences with his role as the sexually obsessed cosmetic surgeon in Almodóvar’s The Skin I Live In. Now he is back in a more wholesome, if hardly less predatory and calculating role.

This is a spin off from the awe-inspiringly lucrative Shrek franchise, and Banderas is reprising his voice work for the animated character Puss in Boots, or as he breathily announces it, poooooshh eeeen booohhtsshh. This solo adventure is a prequel, showing his early life, and it plays out like Sergio Leone Lite.

Puss in Boots is now in Mexico, very far from the European forests where he is to meet Shrek. The young feline was brought up in an orphanage (like Kung Fu Panda, he may yet meet his parents) and it is as a kitten that he first meets his deeply unreliable best pal, Humpty Dumpty, voiced by Zach Galifianakis, and they form an outlaw duo.

Humpty has the film’s best line. Terrified of being captured by the authorities, he stammers: “Do you know what happens to eggs in jail? Well … it ain’t over easy!” PiB has some love interest: a sparky relationship with a sneak thief named Kitty Softpaws, voiced by Salma Hayek.

It’s all amiable stuff, with a perfectly decent script, and the feline hero lapping his milk gets an indulgent laugh. Perhaps not if you’re a dog person.

An earthquake of magnitude 5.0 shook the capital of Panama in the early hours of this Saturday and scared many of its inhabitants. No damage was immediately reported
Read more

For the First Time, Costa Rica Obtains a Medal in the European Women’s Mathematics Olympiad

The Costa Rican authorities reported this past Tuesday that they have put more than a million doses of the vaccine against COVID-19 into Costa...
Read more
- Advertisement -