IT Outsourcing: Ranking Nearshore Locations for US Customers 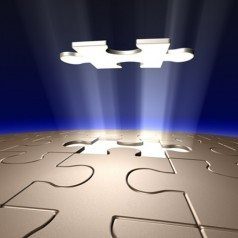 “It was no surprise to see Mexico at the top of the list,” says ThinkSolutions partner Tony Mataya. “NAFTA makes trade with Mexico very financially viable, and the cultural influence that comes from sharing a border with a country simplifies business relations.”

Indeed, America’s neighbor to the south boasts 2,000 IT companies, 550,000 trained IT professionals, and a growing labor pool, according to ThinkSolutions.

More unexpected was Chile, Costa Rica, and Argentina, given the size of its labor pool and the attention it has received as a source of IT and business process services. “We were somewhat surprised to see Brazil so low,” says Kate Shearer, a consultant for ThinkSolutions who conducted the research. “[But] at present, Brazil doesn’t offer what Chile or Costa Rica does in terms of cost, language skills or work force availability. Chile and Costa Rica offer stability–both political and economic–although Brazil has pure size of labor pool.”

Brazil’s success in IT and business process outsourcing has its drawbacks for customers–namely demand for labor beginning to outstrip supply. “Particularly in the larger cities, the scarce talent that is available will be expensive,” says Shearer, adding that language and cultural compatibility are also an issue for Brazil. The Portuguese-speaking nation has fewer proficient English speakers and Spanish speakers than its neighbors and “markedly less U.S. influence on its culture compared with the other countries in our top five,” Shearer says.

Meanwhile, Chile’s outsourcing industry is attractive for many reasons. It’s among the most politically stable countries in the region, ranks just behind the U.S. on the annual Corruptions Perceptions Index produced by Transparency International (a non-governmental organization that monitors corruption in international development), and its outsourcing industry has strong government and private sector support, according to the study.

Chile’s main issue is distance–the country is at least a ten-hour flight from North America.

The main appeal of location number three, Costa Rica, is its embrace of Western business practices along with English 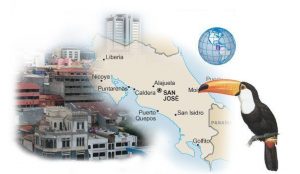 language proficiency, talented software developers, and an established call center industry, according to the research. But Costa Rica lost points for its relatively tiny labor pool.

ThinkSolutions ranked nearshore service locations based on their financial incentives, people and skills availability, and business environment. It put the least weight on cost-related factors.

“When companies seek nearshore alternatives for sourcing, the main benefits they expect are increased cultural compatibility, skilled labor, and proximity benefits of shorter travel time and time zone alignment,” explains Mataya. “By placing more emphasis on factors that are more relevant to nearshoring specifically, we delineated the best nearshore options. We do not, however, discount financial benefits altogether, and looking at the individual criteria, wages received the greatest weight.”

Other more heavily weighed factors, such as ease of doing business and unemployment rates, can also have affect the total cost of ownership for customers outsourcing to a particular country, Mataya adds. 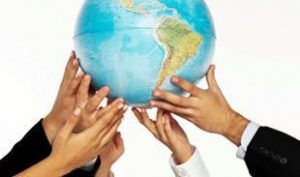 ThinkSolutions plans to revisit its nearshore rankings quarterly, rather than annually. And Mataya would not be surprised to see some movement among the top ten throughout the year. “We have seen major changes in the outsourcing industry just in the past year,” he says. “Egypt, ranked fourth in A.T. Kearney’s 2010 Global Services Locations Index, is still in the midst of a political uprising which resulted in major setbacks for shared services in the country. Our general thinking is that if impactful factors such as inflation, wages and a country’s political environment do not change annually, why should our model?”

Rankings for countries further down on ThinkSolutions list should remain more stable. It’s unlikely that Nicaragua (#17), Bolivia (#18) or Ecuador (#19) will suddenly shoot to number one. “In an attempt to keep high-risk countries out of the top, we built factors into the final scores that indicate risk, such as corruption and political stability,” Shearer says.

But, Mataya points out, the rankings are not an indication that Mexico or Chile is the best fit for every customer. One outsourcing customer may be willing to take on more risk for lower costs, for example, while another is more comfortable paying more for stability or proximity.

Says Mataya, “Before making a decision about a particular country, it is crucial that companies have a clearly defined set of business objectives and an understanding of the capabilities and availability of a country’s labor force as far as language skills, technical and job-specific skills.”

Starting this Friday, September 17th and for 10 days, the health areas and hospitals of the Costa Rican Social...
TCRN

Johan, the Garbage Collector-Dancer: “We Are Worth A Lot To Costa Rica”

What is The Importance of Finance Law (Guide 2021)

How To Improve Your Finances If You Are A Freelancer?

Attention Digital Nomads of the World: Costa Rica Awaits You with Open Arms