Free movement is a right in all senses, which when disturbed generates negative consequences, not only to the inhabitant of a location but also to visiting tourists. A few days ago, mid-year vacations began in Costa Rica,  a period in which families take the opportunity to visit different areas of the country and now due to civil protests this right has been impeded in some cases. 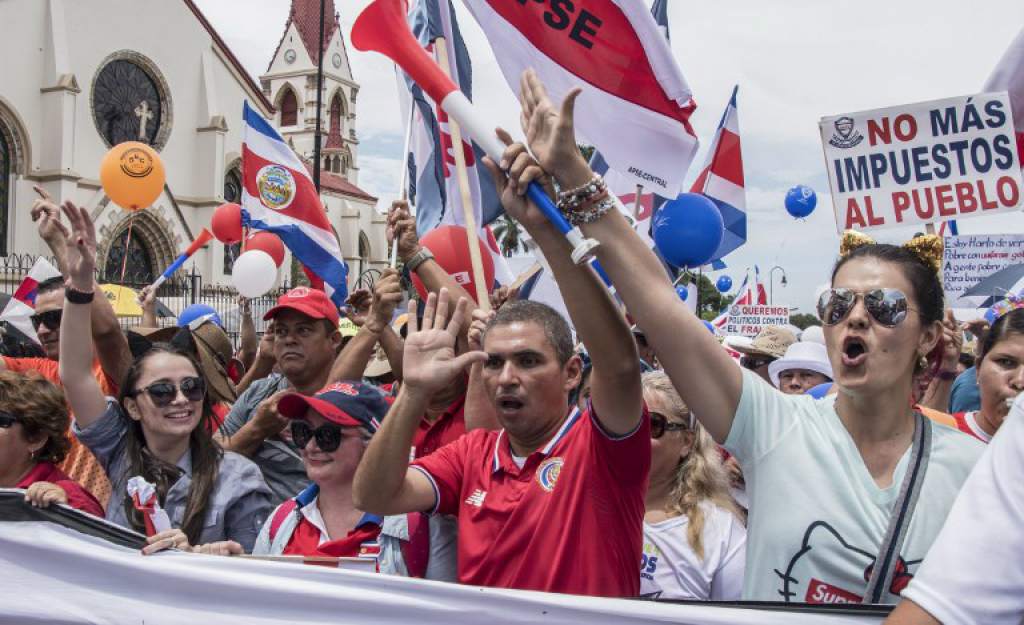 Yes, it is a very present situation in Costa Rica, where different trade associations related to the tourism sector, keep making their voices heard, to avoid a greater impact on tourism and prompt the Government to act firmly and take the necessary measures to re-establish regular movements of citizens on all the roads.

Acoprot and Canatur, are two of those tourist associations that have reproached the attitude of transport guilds and labor unions of violating the fundamental right of free movement of citizens, taking into consideration that the right to peacefully demonstrate is respected.

For no one it has been a secret that various groups of protesters have resorted to blockades on public roads as a means of pressure, causing fear, instability and millions in losses for the different economic sectors, including tourism.

“Tourism activity is one of the engines of the national economy, and one of the most important sources of employment, we are at the beginning of a season of large mobilizations for both national and foreign tourists who have the right to travel freely through our country” highlighted the members of the business institution Canatur.

It is worth noting that the concerns of other business chambers are being felt, which have warned of the irreversible economic consequences for the country if the conflict is not addressed promptly. Important: The Costa Rican Tourism Institute (ICT) enabled the 800-TURISMO line, as well as the cell line 8628-3247 to facilitate communication with the affected cameras, tourists and businessmen.

Reasons for the conflict.  A few days ago, Costa Rican police forces headed by the Minister of Public Security, Michael Soto, intervened in the early hours of the morning with tear gas, the blockades maintained by groups of protesters on strategic roads in the country. Minister Soto announced that the policemen spoke with the demonstrators and, in the absence of an agreement, decided to intervene.

Hundreds of trucks and their containers remained stranded for a week, waiting to move towards ports or borders, for which the business sector had demanded that the government open the roads. In this regard, union and social groups blocked the roads in protest against the value-added tax (IVA in Spanish) of 13% that came into effect on July 1 in Costa Rica, replacing the sales tax of the same rate, although it taxes services and some products that were previously exempt.

The protesters request to postpone for 18 months the application of the Value Added Tax (IVA), and other general petitions such as the defense of Christian values as an essential part of the identity of society and the family, before which they request “a comprehensive review of educational programs.” 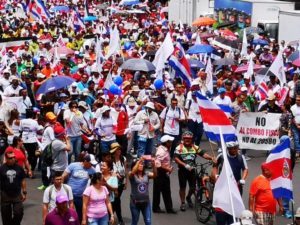 They also demand attention to the problems of truckers, fishermen, farmers, rural areas, and the strengthening of public institutions. Among the petitions is the withdrawal of draft laws being discussed in Congress that seeks to prohibit strikes in services considered essential (including education), order salary scales in the public sector and reduce bonuses.

One of the main points of student protests was the departure of the Minister of Education and the deterioration in educational infrastructure this brought the resignation of Minister Edgar Mora. The Chamber of Exporters said that during the protests, that there were about 1,000 containers stranded, among which there are many who carry perishable products for export, whose losses could represent 10 million dollars a day for the sector.

Other information highlights, that exporters feared losses of $ 12 million due to the blockades that were maintained in different points of the route 32, to Limon, which prevented them from entering and unloading 1,030 containers to the new mega port of Moin. Most of the containers contained agricultural products such as pineapple, banana and tubers, many of these frozen. Solutions?? The president of Costa Rica, Carlos Alvarado, announced the opening of dialogue meetings for hearing the demands of the sectors in protest. Alvarado emphasized, in the absolute opennes for dialogue with the sectors in conflict. “I must be clear, the roadblocks must end, we are not going to allow families and our national production to continue to be affected,” said the president.

The Minister of the Presidency, Rodolfo Piza, and leaders of the labor unions, including the representative of the Union of Cargo Transporters, Marvin Castillo, jointly announced the dialogue agreement, following a meeting that included the participation of the Catholic Church, it stated….”Both parties agreed to sit down at a dialogue table during the next 15 days to discuss the issues of concern. On the VAT issue, President Carlos Alvarado said he supports a moratorium of three months, but only for the sanctions derived from the application of the tax, in order to give a space of adaptation to the economic sectors.