Read Part I at: https://thecostaricanews.com/english-spanish-cognates-part-i/

As we explained in a previous issue, cognates are words or phrases that not only look similar between 2 languages, but they also have similar meanings in both of those languages. And English and Spanish are not the exceptions to this common singularity.

In this second part, we will show you how to recognize cognates according to their semantic similarity. In the “Merriam-Webster’s Advanced Learner’s English Dictionary” (2008 edition), more than 30 different senses for the word line as a noun, apart from its meanings as an adjective and as a verb, are listed. This word is evidently an English-Spanish cognate with multiple meanings, but in Spanish some of those meanings are not exactly equivalent to the root “line”.

Of course, in a strict geometric sense, it means línea (line) but, in other senses, also means cuerda or cordel (rope), sedal (fishing line), profesión (line of work), líneas de expresión (wrinkles), rama de negocios (line of business), among many others.

This multiplicity of senses and possible meanings, so common in nouns of almost all languages, brings out a serious problem for the right understanding of such cognates. Because of this, most people -even those who could eventually master the subject of study- usually do not know all possible translations of a particular word or phrase. That is why it is so important to understand the specific context in which that word is used. Or as some scholars might say: “every possible meaning of any word will always depend on the specific context”.

On the other hand, bilingual dictionaries, English-Spanish dictionaries in this case, use several methods for distinguishing senses (every sense may include more than one possible term) of a word with multiple meanings. Some dictionaries simply list all possible equivalences or translations, by separating the different sense with a semi-colon. Other dictionaries number and label the senses; they even add related words such as direct or indirect complements, or just give examples of the use of each one of the most important senses. 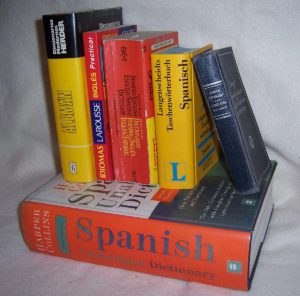 In every shown case, the main objective is to identify the correct context in which the word appears so that the interpreter, translator or common reader can choose the most accurate meaning. As it can be explained here, the Spanish cognate is not always the only possible translation of the English cognate, and in other cases it might not even be the most common translation.

But even so, the inexperienced translator will take this as the easiest meaning to be chosen. For example, if a beginner watches the word línea in the context “la línea de gente era muy larga”, at first sight he might translate it as “line” (the line of people was very long) instead of “row”, which would be the most accurate translation.

Total semantic similarity cognates – They are those cases in which the word has the same basic meaning in both languages, especially if it is an adjective, no matter how it is written. The trouble in this case lies in knowing exactly that these cognates are, in fact, total cognates and that they do not have any other meaning than that its cognate condition implies. As examples: abdomen, acústica, adjetivo, básico, binario, carga, cedro, cero, ciencia, copia, cuenta, cuestión, curso, deuda, duda, espía, fama, fractura, fumigar, grasa, laboratorio, nombre, óptica, privado, probar, recobrar, registrar, trampa, tropa, unidad, ver, verbo. 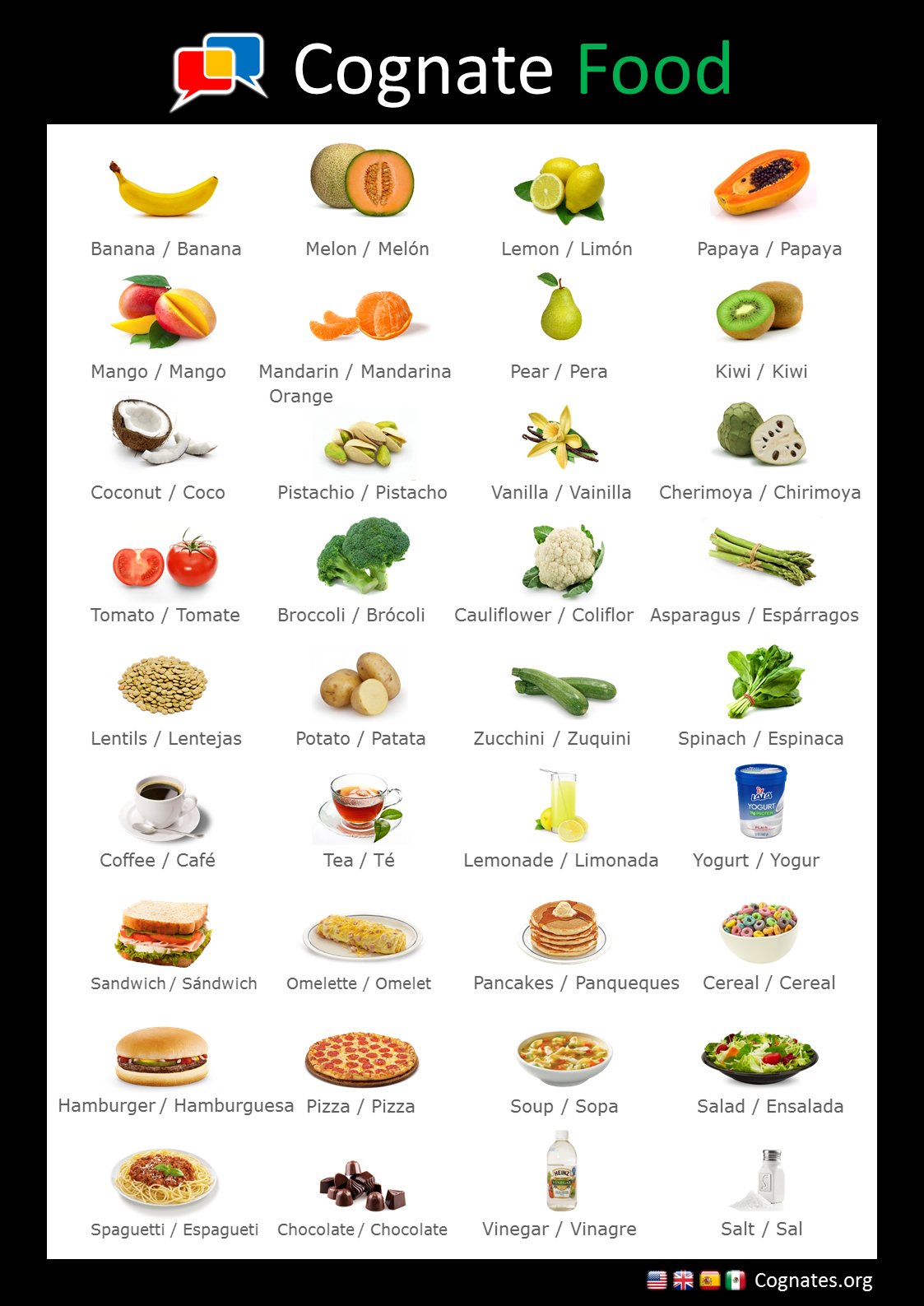 Partial semantic similarity cognates – They are those cases in which the word has a similar meaning, but not alike, in both languages. Of course, this requires the reader to be completely aware of that particularity; otherwise, he will be likely to confuse the meaning that it may have in a specific context. Examples: almas, arena, bravo, campo, cuerpos, disgusto, facilidad, fabricar, firma, gracia, infante, lentes, librería, mayor, mísero, neto, plano, rollo, sobrio, estandarte, toalla, último, vender.

There are also cases of cognates, usually nouns, which have only the same or similar meaning in a specific context, but a different meaning in another one. However, these words may have other related function -mainly adjective or verb- to one of either noun meanings. Some examples: archivo, fila (file), complejidad, elaboración (elaboration), tubo, pipa (pipe), número, figura (figure), tela, fábrica (fabric), conferencia, lectura (lecture), detalle, destacamento (detail), fanático, abanico (fan), sonido, estuario (sound)

False cognates – They are those cases in which, despite the fact of coming from the same root in both languages, the word means something totally different or, at least, not exactly the same as its original root. They are also known as faux amis (“false friends”) in French. As good examples, we can mention: en realidad (actually, not  in realty), magníficamente bueno (fine, not  magnificently good), grande (large, not grand), biblioteca (library, not discotheque), blanco objetivo (target, not white objective -referring to a color), los padres (parents, not fathers), tasa (rate, not tase)  Other commonly used false cognates, according to different lexical functions, are: 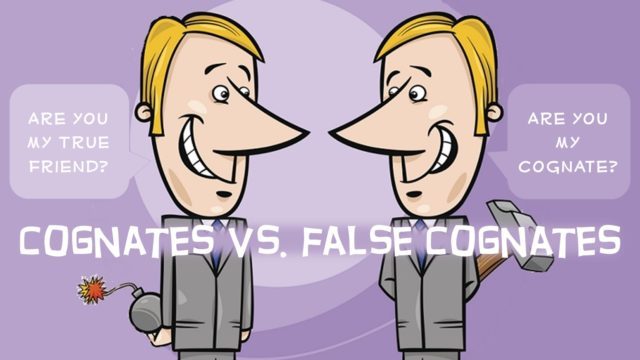 Now, what do you think of these words? Do they still look like troublesome to you? Well, if so, we will show you much more about them in our following issue. Next time, in order to be ready, look first for your bilingual dictionary!