Some years ago in Costa Rica, we dreamed of many inventions that we could only imagine with our minds.  We dreamed of inventions such as those shown on animated TV series like The Jetsons.  These series filled us with many amazing ideas, yet many believed that these would only be possible in our dreams.  But these days, when all things can change as quickly as the blink of an eye, all those amazing dreams can come true.  Granted they may be slightly adjusted, but amazingly similar to what we saw in our dreams.  Today technology can achieve this, and make what we have seen in our imaginations come true. 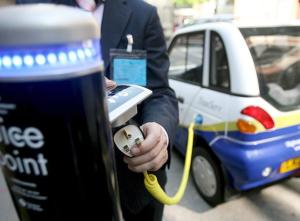 These technological advancements that were inspired by imagination are now part of our daily lives.  For example, advancements such as conveyor belts, video calls, and touch screen watches.  These inventions have filled the marketplace with so many different options that Costa Rica is now becoming a society that uses technology for most everything.

These technological advances are not merely a matter of bringing the latest commercial product to Costa Rica, they are actually part of something bigger.  They have also helped to improve human living conditions.  Many people are starting to look at the feasibility of ‘electrolineras’, a term that refers to ‘charging stations’.  Where you will be able to recharge your electric car as if you had gone to your usual gas station.

Electric cars are becoming increasingly popular in Costa Rica for various reasons.  These cars provide their owners with safe transportation, while reducing CO2 emissions that result in lower rates of air pollution as compared to gasoline engines.

Electronic cars are a viable option for getting around in the city, and thereby saving on oil consumption which is an advantage that should not be overlooked.  The less non-renewable resources we use, the longer we will have access to a healthy planet.  We must adopt a responsibility towards the environment, and acknowledge the havoc done over the years which has resulted in global warming.  A situation that doesn’t affect just Costa Rica, but every country in the world regardless of race or creed.

Solutions are now being designed to help improve the current state of the planet.  One of these solutions is the use of electric vehicles for use within cities and the surrounding regions. This has led to implementing a type of ‘charging station’ where any electric vehicle can recharge their vehicle, and decrease in the use of hydrocarbon-based transportation.  This breakthrough seeks to replace the use of petrol-based vehicles completely, which will result in improved air quality in those cities.  While also improving the over-all quality of life of those living in Costa Rica. 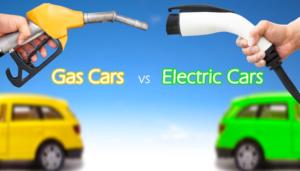 What is the difference between an electric vs a gasoline vehicle?  Can we completely move to an electronic transportation resource?  The current technology aims to improve on the development of both. These questions and these concerns are often highly controversial, especially in Spanish speaking countries such as Costa Rica.

For these questions to be answered, it is important that everyone knows the advantages of an electric vehicle as compared to a conventional vehicle.   An electric vehicle has the distinction that it does not pose a health-risk to the planet, as it does not give off CO2 emissions into the atmosphere.  Some models of these cars even have the technology to convert air flow into water spray.  This can be beneficial as the water droplets are then evaporated into rainfall, which in turn then improves the quality of the environment, and the water levels in reservoirs and dams.

The contributions to the environment offered through use of electric vehicles are certainly unique.  And some of the problems are also unique.  How to store the energy needed to fuel the electric vehicles?  This has been addressed by designing ‘electrolineras’ or ‘charging stations’, where car owners can frequently recharge their battery cells and continue on their way.  For without these ‘filling stations’, the electric cars would not be able to make several trips during the day without the need to return home to recharge the battery packs.  This would certainly be a disadvantage, and this is why Costa Rica has already installed several of these charging stations.

However there are still some problems that have yet to be solved.  These are:

The primary advantage over gasoline vehicles is that they do not produce air or noise pollution, and do not need to use the dwindling supply of fossil fuel.   The other advantage is that maintenance is minimal, and usually much less than a conventional car.  It is even possible that, in the near future, cars will provide their own energy source through solar panels or other technologies that are still in development.  Which will result in the complete replacement of gasoline vehicles over time.