An efficient system of public transport has taken a very long time to be established. Why? It can be explained in part by the fact that a large part of the Government’s income is related to car ownership.

After adding import taxes and the sale of gasoline, approximately 600 billion colones is collected in total.

The MOPT does not rule out improving the transportation system, with measures such as the sectorization and electronic collection, nor imposes its decisions to the public bus sector.

However, doubts arose last week about the intentions of the Government on this subject, with the appointment of Liza Castle as Deputy Minister, who had links to the public bus sector before assuming the post.

The Government has not rushed to put an agile, modern, and safe bus system into operation, that would remove from circulation thousands of vehicles daily.

Doing so would result in a significant decline in the resources the Government receives annually in tight fiscal times.

The Ministry of Finance has claimed 1 million colones in import taxes on vehicles since 2011, achieving a record number last year of 255 billion colones.

Meanwhile, the sale of gasoline meant about 370 billion colones annually to the public treasury, which serves currently to finance its regular expenses.

For the Government, it is essential that they continue to receive this money, because in recent years it has had to borrow more than 40% to fund operational costs, such as the payment of salaries, pensions, and public sector investment.

Sectorization and electronic collection projects pose a threat to the Government in a sense: if you have an efficient, cheap, agile, and safe public transit system, it is unlikely that many people will decide to keep their cars. They will take the bus to avoid daily traffic jams.

Proof is this is that the Government has threatened to impose its decisions on the projects in question to the public buses, if there is no significant progress in the administration, said Carlos Villalta, Minister of Public Works and Transport.

The suspicion of the sector increased at the end of last week, when it announced the appointment of Liza Castle as the new Deputy Minister of Transport, since she was linked to the public bus sector in previous months while her predecessor, Sebastian Urbina, was faced with sectorization and electronic collection projects.

Every day approximately 19,000 buses, including buses for tourism, students, and other individuals, circulate through the national roads, increasing the traffic jams that generate approximately 330 billion colones in losses, according to the State of the Nation last year. 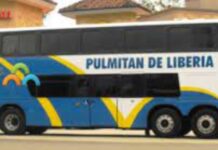 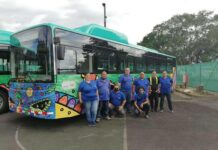 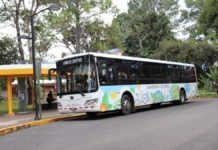 Electric Buses donated by Germany are already in Costa Rica