The Osa Peninsula is truly one of the greatest natural paradises found around the world. Located on the Southern Pacific Coast of Costa Rica, it is home to the country’s largest population of scarlet macaws, as well as four species of monkeys, two species of sloths, alligators, crocodiles, poisonous frogs, hundreds of colorful birds, jaguars, marine turtles, humpbacked whales, among others. That is why the peninsula has been declared by the National Geographic Society as “the most biologically intense place on the planet”.  Local businesses on the Osa Peninsular are committed to ecotourism as a way to protect the environment while creating a sustainable living.

Ecologically speaking, the Osa Peninsula contains a total area of less than 1 million acres, 13 distinct tropical ecosystems, and hosts 2.5% of all the existing flora and fauna species on Earth. Additionally, it holds incomparable marine biodiversity within a setting of great beauty. Indeed, many geographers see it as one of the only 4 tropical fjords in the world, and the only one on the Pacific Coast of the Americas.

For this reason, a great portion of this territory is protected by the State, especially in the areas reserved for the Corcovado National Park, which is considered as the best national park in the world. It holds scores of rare and endangered animal species, as well as lots of tropical vegetation located on supernatural landscapes, all combined in one. Having such an internationally-renowned park, then it is not surprising that the Costa Rican government promotes public policies aimed at the conservation and environmentally sustainable development of the natural resources available.

The country has been a long-time supporter of Ecotourism by creating economic opportunities for local communities, while protecting its natural resources. In fact, the Osa Peninsula is the last region on Costa Rica’s Pacific Coast where ecotourism remains as the predominant economic activity. This promotion of ecotourism started in 1987, and by 1992 Costa Rica was ranked as “the #1 Ecotourism destination in the world”. Even the official airport surveys have shown that most foreign tourists were coming to Costa Rica for ecotourism-related reasons.

Today, this small-scale nature-based type of tourism represents an important employment opportunity for the Osa Peninsula local workers, and is not necessarily built on imported workers. Moreover, self-employment in ecotourism may be viewed as a stepping stone to new employment, or to new development opportunities.  Ecotourism employees are more likely to change their current jobs to positions of managerial skills, so they are more likely to want to start their own ecotourism-related business. That makes it a very attractive activity for most local workers, and at the same time contributes to the protection of its natural resources.

With regard to profitability, ecotourism workers have a monthly income nearly twice as high as non-ecotourism workers, and that difference in income persists even during the lowest seasons for tourism. Furthermore, ecotourism-based businesses actually generate higher incomes for local residents than employment in other locally available opportunities, such as agriculture, fishing, and trades. As a result, ecotourism workers are more likely to highlight the importance of money, enjoyment, leisure, living in and protecting nature, and the national or international travel business.

Additionally, Costa Rica’s ecotourism industry is home-grown, based on its outstanding network of public and private parks, its relatively good infrastructure, a well-educated middle class, and a healthy workforce. Most of the owners of ecotourism lodges, tour companies, and other tourism-related business are either Costa Rican or long-term foreign residents so that such profits tend to stay in the region.

Contact Us for more ideas on what to see and do while in Costa Rica. 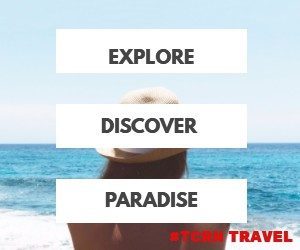