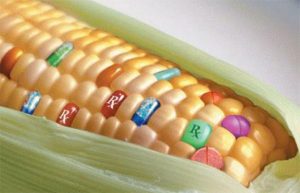 The global “March Against Monsanto” will be on May 25th, here in Costa Rica, protesting the production of gene-modified seeds.

The activists from countries including Canada, France, Germany, Italy, Mexico, the U.S. and Chile, among others, will march to protest the Monsanto company interference in the production of gene-modified seeds.

A Costa Rica a meeting on Monday, May 13 at 5:00 pm at the La Troja: Barrio Luján will define actions.

“More of 300 simultaneous marches around the globe and Costa Rica are not going to join? This is the country that consumes the most pesticides in the world. And we have a responsibility to protect our seeds, and our biodiversity.

Enough, this silent war against humanity and nature comes victims every day, annihilated species, bees are dying, millions of people die of cancer. How much more is there to take?” [See more on their Facebook page] http://www.facebook.com/events/172882789538703/173518286141820

Since then, Monsanto has had its share of controversy; it is currently embroiled in the U.S. Supreme Court case that could have far reaching implication regarding genetically modified seed patents.

The roadmap that will define the path
Health

After 2 Years, Mother’s Day Will Be Celebrated without Restrictions

After 2 Years, Mother’s Day Will Be Celebrated without Restrictions