Costa Rica Tourism Industry is Optimistic for the High Season

The Minister of Public Works and Transport (MOPT), Rodolfo Méndez, has made serious observations to the mechanism that is used in expropriating land for infrastructure works
Read more
TCRN STAFFhttps://www.TheCostaRicaNews.com
Creating a Conscious alternative news network that we feel the world needs. Pura Vida! 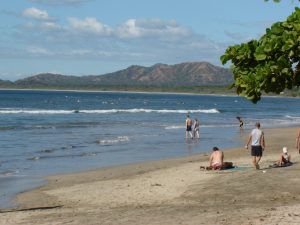 The Costa Rica News (TCRN) – The tourism sector in Costa Rica is optimistic about the current high season revealed a survey by the National Chamber of Tourism (Canatur).

The study indicates that 59% of tourism businesses consider this high season, from December to late March, to be better than the last, while 34% believe it will be equal to, and 7% the expect for it to be worse.

“There is a greater volume of tourists entering the country, who will need various services like hotels, tours, restaurants, car rentals,” said Canatur President, Isabel Vargas.

The representative stated that the industry continues to attract more tourists to Costa Rica and the government must “take on challenges in security, infrastructure and other sensitive issues.”

Regarding employment, the survey indicated that 70.2% of respondents did not hire more staff, while 26.8% did open new jobs and 3% reduced staff.

“We are a sector strongly affected by the high cost of energy bills and operating costs, so employers are very cautious to open jobs. Companies that have managed to recruit because demand is high this season urges them to do so, “said Vargas.

Costa Rica is a country of 4.7 million people each year receives more than 2.3 million tourists, attracted by the natural beauty and rich biodiversity totaling 4.5% of the globe.

Public Security Minister Michael Soto said that they are already coordinating with the Judiciary to carry out...
Read more
News

The Minister of Public Works and Transport (MOPT), Rodolfo Méndez, has made serious observations to the mechanism that is used in expropriating land for infrastructure works
Read more
Economy

To date 139,100 Costa Ricans have been waiting for the “Bono Proteger” for three months (from April),...
Read more
News

Jenny Castillo, who was well known in the music world in the 80s and 90s, died this...
Read more
- Advertisement -

How to Avoid the Pattern Day Trader Rule

Investors who want to close out every position before the end of the session often wonder about...
Read more
- Advertisement -