The Impact of Cooperativism in the World

The Central Bank of Costa Rica makes banking policy in Costa Rica. The SUGEF (The General Financial Superintendency) regulates the industry and enforces Central Bank policies. A 2008 World Bank Survey showed that local banks have reserve requirements that are much higher and liquidity policies that are much stricter than most countries. This tends to make Costa Rican banks more conservative with their loan portfolio and internal policies. 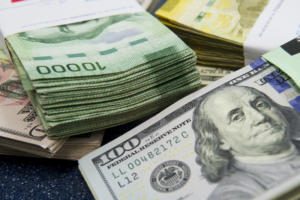 Costa Rican banks are party to international agreements that impose requirements that try to prevent money laundering and limit narco-dollars. This requires them to collect information about their customers in a “Know Your Client” form, which is standardized and required for every account holder. Opening an account may also require that you present financial statements or other information showing the source of the funds used to open your account.

Despite this monitoring by SUGEF and the bankers, Costa Rica’s banks must also follow the local laws regarding banking privacy. Government agencies don’t have access to account information, unless by court order as part of an ongoing investigation. Account records may be opened at the request of foreign entities, but only under strictly regulated circumstances.

The Financial Sector in Costa Rica

SUGEF( http://www.sugef.fi.cr/ ) publishes a quarterly list of entities it regulates. Prior to 1995 it functioned within the Central Bank under various forms, but was made independent by the banking law of 1995 (Law # 7558). SUGEF’s job is to supervise the financial system in Costa Rica, ensuring stability, efficiency and strength according to norms presented by the institution and with a view for the collective benefit of those participating in the system.

Regulation of Savings or Checking Accounts

SUGEF The legal reserve requirement on sight deposits is 15 percent. This reserve is held by the Costa Rican Central Bank. There is no deposit insurance on private banks, like for example the FDIC in the US, but the Costa Rican government backs the state owned banks. Banco Anglo Costarricense was closed by the Central Bank in 1995 after incurring US$ 200 million in losses due to bad loans and dubious investments in Venezuelan bonds that subsequently disappeared. Criminal proceedings were successful against members of the bank’s board and management, many of whom are serving prison sentences. Not one depositor lost money in this scandal.

How safe are the private banks in Costa Rica?

Private commercial banks are relatively new to the majority of Costa Ricans, since only the state-owned banks could offer checking and passbook savings accounts to the public until the banking law was changed in 1995.

Many Costa Rican banks have subsidiary or affiliated banks registered offshore. These offshore entities are not permitted to capture deposits or lend money within Costa Rica, though they cater to Costa Rican clients. Recent reforms stipulate that any SUGEF-regulated holding company or financial group owning 25 percent or more of the equity of an offshore entity must include the offshore assets on its balance sheet. However, SUGEF does not have regulatory authority over the operations or individual accounts of the offshore entities. 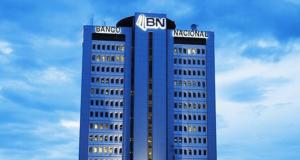 These banks offer you the advantages of being safer for your money, since the Costa Rican government backs them. They are very conservative with their practices. Although they are obligated to show profit, they don’t have pressures from shareholders to over perform. They also have better coverage; practically any town in Costa Rica has a Banco Nacional and/or a Banco de Costa Rica. They have a wide range of services, and tend to have lower fees for them. The disadvantages are mostly the long lines that occur in busy locations and on peak days (Monday morning, Friday afternoon, 1, 15, & 30 of each month, etc.) Although they may have an English speaker on the staff in the larger branches, smaller branches are not as likely to.

The Private Banks in Costa Rica

Since 2000, a number of multi-national banking companies have established operations in Costa Rica. Banco Cathay, Citibank, HSBC, and Scotiabank have branches here. They are not connected to their US operations, so the advantages of banking with the same company that you use in another country are not as clear as it might be logical to assume.

Private banks normally will have shorter lines, faster service, more English speaking staff and more agility in bringing new products and services into the market when compared to the state banks.

The greatest disadvantage is the lack of deposit insurance. You will have to look closely at the corporation and its behavior when you use a private bank. That said, the government regulations do offer a measure of protection and your funds are safe under normal circumstances with any of the larger private banks.

The Costa Rican colon is freely convertible into foreign currency and contracts may be negotiated in any currency. For 2 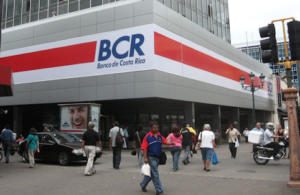 decades, the Central Bank established exchange rates through auctions and a well-publicized policy of daily mini-devaluations. However in October of 2006, the Central Bank instituted a crawling band in order to slow inflation.

Currently the colon is allowed to be priced by the market within this band. In 2010 the colon was strong against the US dollar, and the The Central Bank did intervene to hold the buy rate at close to 500 colones to the dollar. In Costa Rica a 10% or 12% annual inflation rate was normal, and the “floating” colon is supposed to assist with that. Unfortunately the price of oil sky-rocketed after this policy was implemented, then the global financial crisis hit. So it is difficult to say whether the policy has had the intended effect.

Many export companies don’t like this new policy, since their production costs may rise in their home currency with a strong colon. Foreigners retiring here on fixed incomes have also felt the effects of a strong colon.

The Central Bank is authorized in emergency situations, at its discretion, to introduce and regulate the use of short-term measures to alleviate economic imbalances or liquidity crises. Such measures include imposing surcharges on imports, limiting credit growth of financial entities, increasing the minimum legal reserve requirement (up to a ceiling of 25 percent), fixing the maximum intermediation rate (spread between lending and deposit rates), centralizing currency transactions in the Central Bank, and obligating the sale of currency derived from exports to authorized entities.

The Central Bank must, however, comply with limits on these extraordinary measures, which can only be imposed for one year or less, and which cannot be applied in a discriminatory manner among financial institutions or among sectors within the portfolio of each institution. The sum of the surcharge duties and other revenue generated by the extraordinary measures are to be used by the Central Bank to amortize the monetary stabilization account.

The Impact of Cooperativism in the World

How to Integrate Executive Coaching in Startups

46% of Consumers in Costa Rica Have Credit Cards

A Guide for Starting Your Bitcoin Investment