Communities in the Brazilian Amazon have developed a real win/win approach to conserving the environment and their own livelihood.  A recent study conducted by British and Brazilian scientists that covered a 500 kilometer portion of an Amazon tributary discovered that the important arapaima fish population has returned over 30 times stronger in these waters, as compared to areas where commercial fishing is allowed.  The team of scientists has estimated that each community that has actively protected the arapaima fish stocks earns approximately $10,000 per lake for those communities. 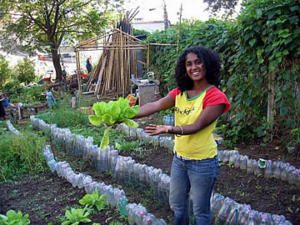 Known as the largest freshwater fish in the world, the arapaima can reach sizes as big as 9 feet (2.75 meters), and weigh as much as 440 pounds (200 kilograms).  But the sheer size of these fish and their tendency to surface regularly for air, a necessary adaption given the low oxygen content in many Amazonian tributaries, have contributed to the drastic reduction in its numbers as it has been over-fished to feed the local communities.

The arapaima populations, also known locally as pirarucu, are recovering in this section of the Jurua River.  In large part due to the local communities banding together to safeguard this species of fish that is known to be vital to their economies and diet.  Over the course of the 8-year study, researchers witnessed noticeable improvements in the numbers of arapaima that make their home in this portion of the river.  The dramatic increase was measured to be more than 33 times greater as compared to other lakes, called ‘open-access’ lakes, where anyone, even commercial fishermen, may fish these waters.  These community-managed lakes are also found to be an important nursery and safe haven for the juvenile fish as compared to the open-access lakes.  The study has found that the open-access lakes have noticeably less adult arapaima.  The larger fish are primarily targeted by the fishermen as they bring in more meat and higher earnings for their efforts. 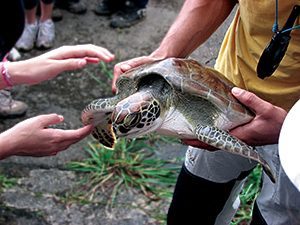 The management of their lakes has proven to be a rare opportunity to address the larger issues of alleviation of poverty in the rural communities, and the management of the local sustainable resources found there.  The communities included in this recent study created three different categories of lakes – the protected lakes, subsistence lakes, and open-access lakes.  The lakes designated protected are only fished during a short time each year, and they have quota regulations which are strictly enforced.  The subsistence lakes prohibit fishing by commercial fishermen, and only allow local fishermen to fish those waters.  Open-access lakes are fished by locals as well as commercial fishermen. 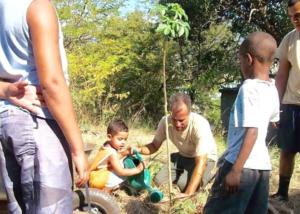 The members in the communities themselves accepted the responsibility of protecting the lakes from illegal fishing as that practice over-taxes the ecosystem and fish populations.  But it also causes a loss in earnings as the illegal fishermen often under-charge for their catch, and this brings the price of everyone’s catch down once they get to market.  By protecting the arapaima populations, it brings about a number of benefits to the local communities.  Such as easier and more consistent access to a much-needed food source, as well as a steady and important source of earnings for the families living on the river.  As these communities began to see the results from their efforts, they were even more committed to continuing this environmentally supportive practice. It can even be compared to a ‘high interest savings account’ for the future well-being of these communities. 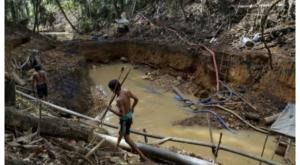 The researchers now suggest that this approach of community-based environmental protection is much more feasible than the previous approach of biological reserves, which often has strong political opposition.  Lack of human resources, investments, and regulations are a great challenge to effective environmental measures.  Especially as most of these endeavors have focused primarily on land, rather than aquatic environmental protection measures.  The study has clearly shown that decentralizing the policies for environmental conservation, and turning this over to local communities has achieved effective and powerful returns on their efforts.   The researchers also feel this approach can be duplicated in other regions.

That phrase from the 60’s and 70’s “Power To The People” has become a reality for the local communities in Brazil.  We can only hope to see more environmental protection measures being considered in other countries.