Coffee is, after water, the second most consumed liquid in the world. Coffee is the second best selling commodity after oil. It is also an important dietary staple for millions of people and their essential pick me up to start every morning or to carry on during the day. Ticos are not inmune to this ‘addiction’. According to data from the International Coffee Organization (ICO), Costa Ricans are the second coffee consumers in Latin America.

The role “el grano de oro” plays on the country’s economy and its culture is of such importance that several organizations, including the Government, cooperate to showcase the quality of Costa Rica’s coffee. One of these is SINTERCAFÉ (Semana Internacional del Café – International Coffee Week). As the tasty bean is the basis of a very large economy sector, each November the non-profit Association hosts an event which is “a great opportunity to exchange information, share their experiences, and interact with the world’s top-notch coffee community in order to strengthen coffee commerce globally.” This year the venue for the event, that ends today, is Los Suenos Marriott Ocean & Golf Resort in Puntarenas Province, Herradura.

Did You Know That…

Remember: “Everyone should believe in something. I believe I will have another coffee.” Enjoy your cup of joe! 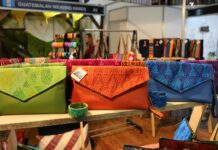 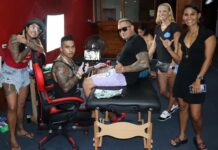 Art Tattoo Fest Was A Success In Jacó