Central American countries was bracing itself this weekend for the onslaught of a new hurricane, days after Cyclone Eta left more than 200 dead in the region. Tropical storm Iota is active in the Caribbean moving slowly towards Central America, which could begin to feel its effects as of this Sunday, according to the National Meteorological Institute (IMN) of Costa Rica.

“Iota will continue to strengthen steadily in its passage through the Caribbean Sea, it is expected to reach the hurricane category this weekend,” according to the IMN report, based on projections from the United States National Hurricane Center (NHC).

“Until next Thursday, heavy rains from Iota could cause flash floods and flooding of rivers that threaten life in portions of northern Colombia and Central America,” the NHC warned in a report on Saturday. The US center added that “floods and landslides in Honduras and Nicaragua could be exacerbated by the recent effects of Eta, resulting in significant impacts.”

The Honduran authorities began to evacuate thousands of residents from the Sula Valley, in the surroundings of San Pedro Sula, 180 km north of the capital, the area hardest hit by Eta. At the same time, the government ordered the discharge of water from the main hydroelectric dam in Honduras due to the danger of it overflowing with the rains in Iota and flooding San Pedro Sula and neighboring towns. 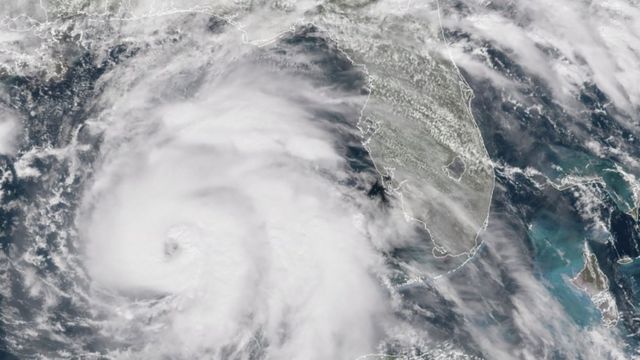 If it maintains its course, the new cyclone will make landfall near Cape Gracias a Dios, between Honduras and Nicaragua, just like Eta, which sowed death and destruction from Guatemala to Panama.

“We are preparing for different scenarios”, “floods, rains, high tides, winds and landslides on saturated soils are expected,” warned Guillermo González, director of the National System for Prevention, Mitigation and Attention to Disasters (Sinapred) of Nicaragua, in a television appearance. “Some 80,000 families are going to be at risk” in Nicaragua, according to the first estimates, he added.

Authorities began evacuating areas of Cabo Gracias a Dios and the Coco River communities on Friday, and on Saturday they continued with the inhabitants of the Caribbean Sea coast and the Miskitos Keys.

After the passage of Eta, the evacuees were given shelter in the cities of Waspam, Prinzapolka and Bilwi, in the North Caribbean, and conditions are now being prepared to receive those displaced by Iota, González said. Eta caused floods and mudslides that affected 2.5 million people and left more than 200 dead, according to Central American civil protection organizations.

In Guatemala, which registered more than a hundred deaths from that cyclone, President Alejandro Giammattei said this Saturday that the country will have greater rains as of Wednesday in the departments of Alta Verapaz, Petén (north), Izabal (northeast), Quiché , Huehuetenango (west) and Zacapa (east), already hit by Eta. The Guatemalan president asked the population to avoid going to those provinces during the rainiest days due to possible landslides and collapses on the roads.

Climate change produces an increase in temperature in the surface layers of the oceans, which generates more powerful hurricanes and storms and with greater amount of water, constituting a more dangerous threat for coastal communities, according to studies of the Intergovernmental Group of Experts on Climate Change (IPCC).

Effects of Hurricane Iota are felt in Costa Rica