The increase of visitors during the 1st quarter of 2018, the frequencies of flights and the opening of new routes between Europe and the SICA region, as well as the important investments to improve the tourist infrastructure and offer are clear indicators of the spaces gained by our multi-destination in The main European markets.

In a note sent from the CATA itself, it is highlighted that ‘the intense promotion work carried out by Central America, the Dominican Republic, and CATA during 2017 have yielded excellent results, which show a significant increase in the numbers of visitors reported for the first quarter of 2018 in relation to the behavior during the same period of 2017’.

According to the declarations of the Minister of Tourism of El Salvador, José Napoleón Duarte, the country continues to develop tourism infrastructure projects and carrying out important actions to promote the El Salvador destination at a regional and international level.

The country has been advancing steadily and betting on sustainable tourism development. In terms of infrastructure, the construction of hotels in the Cerro Verde National Park, the improvement of El Triunfo Port and the construction of the Ecotourism Park in Jiquilisco stand out.

On the other hand, the arrival of cruise ships and the flow of international visitors have increased, which has increased by 12%.

Costa Rica seeks to position itself as a MICE destination

Costa Rica, under the leadership of the new tourism minister, María Amalia Revelo, has implemented a new plan to increase tourism in the country through the promotion of small business and project Costa Rica as a MICE destination.

The arrival of more than 2 million tourists a year, allows Costa Rica to execute collaborative strategies between the public and private sectors, which consolidate development projects and create new products, such as the offer of cultural and gastronomic plans.

Costa Rica has managed to certify tourist sustainability to various tourism stakeholders, including more than 390 hotels, operators, service providers, among others.

Belize saves the 2nd most important reef on the planet

The work developed by Belize for the protection of the maritime zone and oil exploitation has contributed to the removal of its coral reef last June from the list of the heritage of UNESCO in danger.

This great achievement directly benefits Honduras, Guatemala, and Mexico who share the 2nd largest reef on the planet.

In terms of visitor growth, Belize is not far behind for the 1st semester of 2018 the number of visits increased by 17.1% in relation to 2017. Part of this increase is due to the arrival of cruise passengers in this period.

The Dominican Republic, among the top 5 health tourism destinations

The Dominican Association of Health Tourism, through its president, Alejandro Cambiaso, has reported that the Dominican Republic ranks 5th among the countries with the greatest potential for developing this type of tourism. 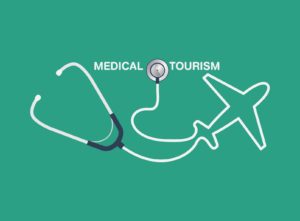 It is worth noting that the Dominican Republic, a full member of CATA since April 2018, presents an increase of 5.9% in tourist arrivals so far in 2018 compared to 2017.

According to the Honduran Institute of Tourism, so far in 2018, US$ 350 million have been invested to build works in the tourism sector, which have contributed to the generation of jobs, increased supply, and improvement of tourist products for the visitor.

A high-class hotel is currently being built in San Pedro Sula and a cruise ship docks in Roatán. Roatán is part of the Islas de la Bahía archipelago where some of the most paradisiacal beaches of Central America are found.

Panama continues to promote its Sustainable Tourism Development Plan to improve institutional capacity at the national and regional levels.

One of the projects developed within this context of tourism sustainability is the creation of the Chiriqui coffee circuit as a tourist offer that the ATP carries out with the Ministry of Environment of the canal country and the Foundation of the Center for Competitiveness of the Region. Western.

The offer is expected to be ready for sale by the end of 2018. Panama expects that the increase in tourist arrivals during 2017 will be maintained during this year.

The air frequencies between Europe and Central America increase in this 2018 and augur the growth of visitors. The increase in the supply of flights by Iberia to Panama, El Salvador, Guatemala, and Costa Rica has increased the influx of travelers from Europe.

Lufthansa has also increased to 6 weekly frequencies from Frankfurt to Central America through Panama, and San Jose; cities from where connections are operated to the different Central American capitals and Santo Domingo.

Airlines such as KLM and Air France continue to operate their regular flights to Panama and Costa Rica, allowing the European traveler to have different alternatives to visit the region and know the 8 countries that make it up through the various multi-destination circuits offered by tour operators.