The special rates are launched due to the increase of frequencies of the airline Air France and the inauguration of KLM in October. 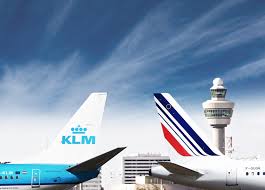 The promotion will be exclusively for customers traveling in economy class and purchase their ticket early between today and May 5. From San José the travel dates with Air France are from October 21 to December 6, 2017, while KLM will travel from October 31 to December 6. The destinations in the promotion are Amsterdam, Barcelona, London, Berlin, Milan, Moscow, Paris, Rome, Madrid and Tel Aviv. Air France offers rates from $ 862 to London; $ 811 to Milan; $ 871 to Amsterdam; $ 920 to Tel Aviv and from $ 1,201 to Moscow. KLM, meanwhile, will make trips to Barcelona (from $ 634) Berlin ($ 738), Rome ($ 797), Paris ($ 858) and Madrid ($ 869). For more information on the conditions of these special rates and to make reservations, you can access the website of Air France or KLM.

The airlines that offer direct flights from Costa Rica to European soil and vice versa continue to increase, with the reincorporation of the Dutch KLM, which announced a new frequency between San Jose and Amsterdam, starting in October.

Iberia, British Airways, Air France, Condor (Germany) and Edelweiss (Switzerland) already offer these services, making on average two trips per week.
Most of them offer these flights by seasons, which normally extend four months, favoring the tourist and commercial activities of the country.

KLM will not only open the door to the Dutch market, its non-stop travel will facilitate the country’s commercial contact with Scandinavian nations like Norway, Sweden, Finland, and Denmark, taking advantage of the airline connections.
“The European market’s interest in Costa Rica has convinced us to inaugurate direct flights to San Jose, taking advantage of the fact that KLM already carried Costa Rican passengers through Panama,” said Pieter Elbers, the airline’s CEO.

The flights will allow the number of tourists of the Old Continent to continue increasing, as the Costa Rican Tourism Institute (ICT) wants to increase the numbers of the previous year, of more than 353 thousand visitors. The diversification of airlines will allow a greater competitiveness in the prices of the tickets, in order to make it more attractive for those who come with family, groups of friends or for business.

“The decision of these companies to offer direct flights to the country continues to strengthen the image and positioning of Costa Rica in the Old Continent as a suitable market for investment,” said Tourism Minister Mauricio Ventura. The opening to European markets will impact the generation of direct and indirect jobs for the 600 thousand people related to the tourist activity. One benefit of European tourism is that seasonality is lower than that of other markets such as the United States, which allows hoteliers and hoteliers to maintain a stable employment and income.

Currently, there are about 17 direct flights a week to different European cities, and Edelweiss and KLM are still to start operations (in May and October respectively).