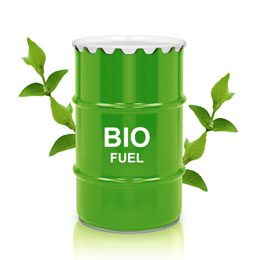 High oil prices, a global economic rebound, and new laws and mandates in Argentina, Brazil, Canada, China, and the United States, among other countries, are all factors behind the surge in production, according to research conducted by the Worldwatch Institute’s Climate and Energy Program for the website Vital Signs Online.

“In the United States, the record production of biofuels is attributed in part to high oil prices, which encouraged several large fuel companies, including Sunoco, Valero, Flint Hills, and Murphy Oil, to enter the ethanol industry,” says Alexander Ochs, Director of Worldwatch’s Climate and Energy Program. High oil prices were also a factor in Brazil, where every third car-owner drives a “flex-fuel” vehicle that can run on either fossil or bio-based fuels. Many Brazilian drivers have switched to sugarcane ethanol because it is cheaper than gasoline.

“Although the U.S. and Brazil are the world leaders in ethanol, the largest producer of biodiesel is the European Union, which generated 53% of all biodiesel in 2010,” Ochs says. “However, we may see some European countries switch from biodiesel to ethanol because a recent report from the European Commission states that ethanol crops have a higher energy content than biodiesel crops, making them more efficient sources of fuel.”

Vital Signs authors Sam Shrank, a Worldwatch MAP Sustainable Energy Fellow, and Farhad Farahmand, a Climate and Energy research intern, also explored how new mandates in Argentina, Brazil, Canada, and China have altered the biofuel industries in these countries. “In Argentina, the biodiesel industry grew not only because of favorable conditions for growing soybeans, but also in response to a new B7 blending mandate, which requires the fuel to be 7% biodiesel and 93% diesel.” Accordingly, biodiesel producers in Argentina are investing heavily in facilities to increase production.

In the United States, however, the Environmental Protection Agency (EPA) made the decision to dramatically lower the country’s production target for cellulosic ethanol, a biofuel that is made from woody plants or crop waste and that can be converted to ethanol much more efficiently than conventional ethanol, resulting in lower associated greenhouse gas emissions. “The EPA’s target reduction reflects the technical challenges and high costs of commercializing so-called ‘second-generation’ biofuels,” says Shrank. “Instead of the 950 million liters required initially under the 2007 Energy Independence and Security Act, the final target will be a much smaller 25 million liters.”

Proposed legislation in the U.S. Senate would cut current ethanol production subsidies while maintaining tax credits for related infrastructure such as refilling stations. If supports like subsidies and tariffs are removed in the United States, sugarcane ethanol from Brazil will likely become more prevalent. Although sugarcane ethanol has the benefit of being cheaper and more efficient to produce, there are concerns that increased production will speed deforestation in Brazil as more land is cleared for feedstock cultivation.

The new Vital Signs Online article highlights both the increases in global production of biofuels and the factors behind this growth. It presents the latest facts and figures on the major biofuels producers and outlines new laws and mandates that will affect production of the fuels.

Further highlights from the study:
• Due to unsteady ethanol production in Brazil in 2010, the United States became a net exporter of the fuel for the first time, sending a record 1.3 billion liters abroad, a 300-percent increase over 2009.
• Sugarcane ethanol supplies 41.5% of the energy (48% of the volume) for light-duty transportation fuels in Brazil.
• Asia produced 12% of the world’s biodiesel in 2010, a 20& increase from 2009, mostly using palm oil feedstock in Indonesia and Thailand.
• Virtually all of the 1.5 billion liters of Argentina’s biodiesel exports, representing 71% of total production, went to Europe.
• Canada has national mandates for the production of E5 (5% ethanol and 95% gasoline) and B2 (2% ethanol and 98% gasoline), and four Canadian provinces have individual mandates up to E8.5.
• In the United States, eliminating the $0.54 per gallon import tariff and $0.45 per gallon blenders’ credit would reduce the ethanol industry’s profits by 7% and its margins by 20%, according to the University of Missouri’s Food and Agricultural Policy Research Institute.
• Brazil plans to build 103 new sugarcane mills by 2019, increasing production capacity by 66%

This Friday, January 7th in the afternoon, the nine millionth passenger arrived at the Daniel Oduber airport in Guanacaste
Money