Easter is possibly the most important season for followers of Christianity, following the Catholic customs, in Costa Rica is celebrated annually the Holy Week in commemoration of the passion, death and resurrection of Christ, and one of the clearest ways to observe the relevance of these dates in the cultural tradition of the tico people is precisely in their special gastronomy. 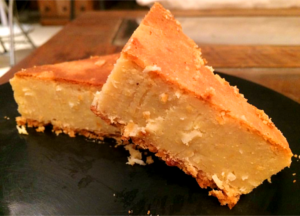 The preparation of certain dishes and special drinks during Holy Week has lasted over time, without much variation in the ingredients or In culinary techniques. Meals during the Easter season are currently a sample of gastronomic miscegenation, where the tradition in the use of products available in colonial times, and the change in routine in contemporary food, with the provision of meals with a wide spectrum of flavors ranging from sweet, salty, sour and bitter. It is a religious tradition during this important time for the devout Christian abstinence in the consumption of red meat and poultry, and even fasting and penance, that’s the reason why during the season the consumption of fish and seafood increases, as well as the use of herbs and vegetables with a predominance of bitter taste.

The tradition in the elaboration of meals in this epoch has a strong influence of the Spanish colonizers, cooked with products brought from Europe and combined with foods of American origin. The typical food of Easter is a perfect sample of the colonial food. Historically there were two culinary centers in the Spanish colony as the city of Cartago spreads throughout the Central Valley of the country during the eighteenth and nineteenth centuries. besides the gastronomic tradition in Guanacaste, recognized for the greater use of corn as the main ingredient in several dishes that are nowadays characteristic of Easter Week. The colonial settlement in the north of the country and the development of haciendas dedicated to livestock also had an impact on the culinary traditions of the time. 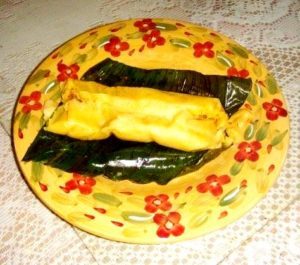 The term tamal comes from the Nahuatl language (Tamalli) and means wrapped. It is the generic name with which several American dishes of indigenous origin are known. The Tamals are well known in Central America, as a heritage of the Mayan culture.Of the wide variety of tamales, in the holy week, the tamale stands out without any type of filling, which is popularly called “mute tamale,” This tamale consists of a portion of corn masa wrapped in leaves and cooked in boiling water. formerly it was known as tamale pisqué.

Stuffed tamales are called seasoned tamales (tamal aliñado), “and usually the meat is replaced with ground beans or a stew. mustard leaves or girls that give a bitter touch. A more modern recipe is the tamal stuffed with canned sardines of tomato sauce or tuna 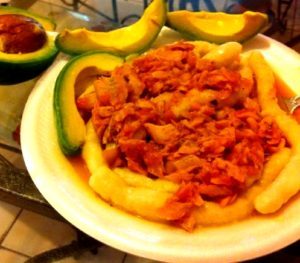 The dried and salted cod is part of many dishes of Spanish tradition in the form of stews with vegetables and legumes. When the first Spanish settlers arrived in our country, they brought as part of their gastronomic tradition the use and consumption of this fish that over time was mixed with the native tradition and its wide diversity of ingredients native to the area. later, during the 19th century, migrants from the Antilles and other countries such as Italy and India, brought their food habits, in the province of Limon, for example, on the Caribbean coast highlight preparations based on cod as cooking vegetables and cod in a dish known as “rundown”, or the elaboration of cakes based on cod with the use of aromatic spices like ginger, nutmeg, thyme, among others. 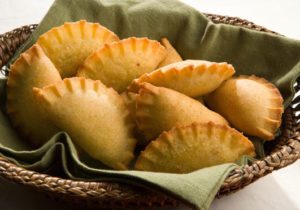 It is maybe the most traditional tico pastry. The chiverre is one of the star products of Easter Week that shows the relevance of food traditions, in spite of the fact that the climate allows sowing at other times, farmers have planned to sow so that the fruits are ready specifically for the Holy Week season when they are highly consumed in the country.

The chiverre empanadas are prepared with a dough of wheat flour with touches of cinnamon kneaded and cut into the size of a glass. Inside this circle is placed the honey filling of chiverre, a vegetable similar to chayote. This chiverre filling is similar to a pumpkin jam with honey. 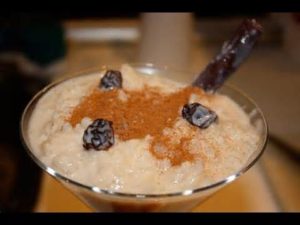 The rice with milk, dessert of Spanish heritage, appears as another of the Common preparations for Holy Week season, mainly for Palm Sunday and Easter Sunday, although it is a well-known dessert in the rest of Latin America, the special touch of the Costa Rican flavor is enhanced by the use of vanilla essence, cinnamon and cloves as main aromatic ingredients.