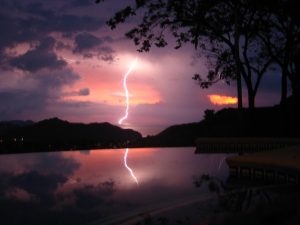 Costa Rica Weather for 2013 – The Institute for Climate and Water INTA show that the necessary conditions for the development of the climate phenomenon El Niño weakened, because the equatorial Pacific Ocean, after a very slight warming during the spring maintained neutral values.

Forecasts predict a 2013 will not have El Niño or La Niña conditions.

ENSO predicts neutral conditions expected for the first half of 2013.
The Costa Rica weather situation will be very favorable to reduce the problems of flooding and to develop good yields in corn and soybeans planted in plots without water problems.
From January the rainfall in the Midwest with above average number days without rain for the entire region.

The Climate Prediction Center of the National Oceanic and Atmospheric Agency of the United States reported that during October 2012, the Pacific Ocean reflected conditions close ENSO-neutral and weak El Niño.

While evidenced a slight warming of the equatorial Pacific Ocean surface, did not show changes in atmospheric circulation associated, said the report.

Likewise, the International Research Institute for Climate Society and noted that the significant supply of rain in some areas of the country in the last period of 2011 and intense storms are unrelated to El Niño, but other factors such as the warming observed in the South Atlantic near Uruguayan coast and the influence of the Antarctic Oscillation-pressure difference in the average levels of the atmosphere has caused periods of intense rain.

The Climate and Water Institute of INTA, said there are areas with very good for crop conditions such as corn and soybeans, which is promising to achieve high yields.

The Costa Rica Weather for 2012 rain season was perfect if you were vacationing in Costa Rica, but the lack of rain caused be El Niño cause significant problems in many areas. 2013 is expected will be a return to typical Costa Rica Weather

In today’s society full of holiday makers and people who want to venture to various parts of the world, there is an overwhelming pressure to visit as many places as possible throughout your life
World News