In 2017, there have been many brave women on strike for their rights

International Women’s Day is a celebration taken place every March in Costa Rica, like in the rest of the Latin American countries.

On International Women’s Day, many women decided to take the streets to demonstrate they took a stance against violence, and many of them joined what they called The Paro Internacional de las Mujeres or #NosotrasParamos against gender violence (hashtag spread all over Twitter). The demonstration’s reason was the violence through which a lot of women go through by their husbands, sexism, and femicides. The activity occurred in Parque Central in San José.

Violence is real in Costa Rica

Violence is real in Costa and last March 9th, a woman was brutally killed by her significant one after having been married for long. The man had a machete and murdered the woman regardless of the fact his children were watching everything. All sparked when he realized his wife was going to flee as she couldn’t put up with him any longer. She took her children with her and was about to make a beeline for one of her relatives’. But he didn’t let her go and grabbed a machete and assaulted her wildly.

The above news is the typical story you read on a Costa Rican newspapers on a regular basis. Journalists call this type of story when they report them Crime of Passion for giving it a romantic twist, when it is actually not romantic at all, it’s the breakup of a relationship and the very end of a marriage that was possibly once built on respect.

Yet, this is not a problem that only occurs in Costa Rica, it is actually beyond our borders but it hasn’t been taken control too much. According to very sad stats published by UN Women, 25 countries have the highest gender violence rate in the world, but that’s not all, 14 out of those 25 countries are Latin American. In 2016, there were two special cases that prompted outrage around the world: the case of the Argentinean woman who was doped, raped and dismembered and the case of the little girl in Colombian who was kidnapped, raped, tortured and then murdered by middle – aged guy.

And the stats don’t finish on that point, the reality shows an even sadder and outrageous scenario in which an average of 12 Latin American women are murdered every day. Gender violence has reached the Caribbean countries such as the Dominican Republic and Puerto Rico. The other thing to point out is that in accordance to these stats, women are murdered because of the fact they are women and weaker than men.

What’s even more disappointing is that some countries don’t seem to take real action against these terrible acts. Of course, there are some organizations that have really taken a stand to this and have promoted activities to raise awareness in the population, but in general, the results haven’t been meaningful yet. Some of those institutions that support women are the National Women’s Institute (INAMU) in Costa Rica and UN Women, alongside the UN Development Fund for Women (UNIFEM). There is another institution which is not basically focused on women’s protection but has also done a good job, the Inter – American Commission on Human Rights. Despite the number of organizations, they still have to organize and establish better communication channels to address this social problem.

All in all, Costa Rica still remains one of the safest countries for women to live and travel in. 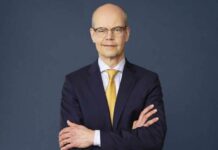 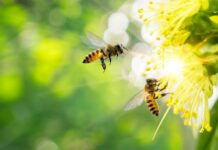 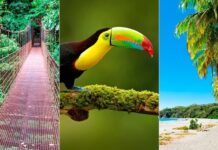