The news of water on Mars has spurred renewed interest in the red planet. Learn why Costa Rica in particular should be listening.

The red planet has been all over the news lately, the scientific community has been very excited about this topic. Where is all the buzz coming from?

Photograph taken by the Mars Reconnaissance Orbiter and used as a proof of the flowing water on this planet. (via NASA)

Last week, NASA made an important announcement, they have found liquid water on the surface of Mars. Over a series of photographs they showed a very Earth like topography, with steep mountains and valleys. These formations could only be made by flowing waters. By taking a closer look to the photographs and using top of the line technology on board of the Mars Reconnaissance Orbiter, a specialized satellite NASA sent to explore Mars surface six years ago, they found ground-breaking evidence of flowing water on one on the planet’s poles. Their equipment confirmed the presence of hydrated minerals, salty water, on slopes that flow down the mountain tops.

The scientific community is very excited about this news, but there is a big question from all the non-scientific people out there. What does this all mean?

Michael Meyer, chief of the martian exploration program of NASA said that the liquid water reinforces the hypothesis that there as bacterial life forms on Mars. Any life form we find outside our planet is indeed pretty exciting news, and now we know that Mars has all of the ingredients needed to have such life forms. In Michael Meyers own words. [quote_center]“It seems that the more we study Mars, the more we learn about how life could be sustained here and where there are resources to support it in the future.”[/quote_center]

By reading this we can see what NASA is doing with this news. They are using their discovery of water and the possibility of finding life as a new reason to visit the red planet.

It seems that there is a new unexplored horizon for humans. The countdown has begun, we are going to Mars. NASA is already investing in new technologies to make the trip, including the plasma engine design by the Costa Rican scientist Dr. Franklin Chan Dias.

There is also private investment in the race to Mars. The company Mars One is determined to build the first human settlement on another planet. Their plan is to send the first humans on a one-way trip to build a permanent martian colony. They have even begun receiving applications for the first 100 astronauts willing to make the trip on 2025.

The stakes are high but the reward is unmatched. There is a saying that goes:

… but that doesn’t seems to be the case now.

In the next decade we will be hearing a lot about Mars, maybe will see the first human walking on another planet. Perhaps Costa Rica will even have a chance to leave it’s metaphorical flag if Dr. Chang’s engines are used. Time will tell, and we will be listening 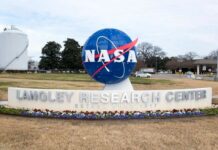 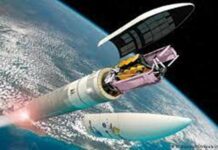 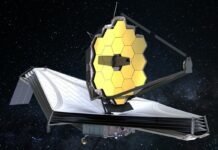 Costa Ricans Reach out to the Universe: NASA aerospace technician Joe Mora reflects on his role in building the James Webb Space Telescope