Sherri Mason, a professor at State University New York, has been studying aquatic pollution in the U.S. Great Lakes for several years.  But for the first time ever, she found synthetic fibers woven into the gastrointestinal tracts of fish she had examined.  The microfibers found in our clothes could be the source contaminating our waterways and food chain is the conclusion of a new scientific research.  These microfibers, miniscule threads found in fabric, have been discovered on Great Lake shorelines where waste water had previously been released.  So then the focus was to determine where these plastic fibers originated from.

Research being done at the University of California in Santa Barbara may have identified the culprit.  On average, that cozy, warm fleece jacket that you love to snuggle into on chilly evenings releases 1.7 grams of microfibers with each washing.  The older the jacket, and the more fibers are released in each washing.  As the water from your washing machine is treated in your community wastewater treatment plant, up to 40% of those microfibers are then released into the rivers, lakes, and oceans where the waste water is released.

These microfibers are synthetic and potentially dangerous as they poison the food chain.  That food chain may start with fish consuming the plastic fibers, which are then eaten by the larger prey animals, and so on higher and higher up the food chain.  In 2011 a senior research associate, Mark Browne, from the University of South Wales, Australia, determined that up to 85% of man-made waste ends up on the shorelines around the planet.  This is not just a problem limited to coastal or marine waters.  These fibers are also being found in fresh water as well.  For those dedicated to recycling plastic bottles, in fact, reducing a bottle down to millions of bits of plastic may even be worse than doing nothing at all.

The concern is not just the pollution of the fresh and marine waters.  Plastics leach chemicals as they degrade. These toxins are then absorbed into the meat of any animal that ingests them, therefore causing further and broader concerns.  Curiously though, testing fish and shellfish in the US and Indonesia found some differences in the toxic content found in fish.  The man-made debris found in fish in Indonesia was primarily plastics, while the man-made debris found in fish from the US was primarily microfibers.  Perhaps the fact that there are far less washing machines in Indonesia contributes to this difference.   Also fabrics such as fleece are not nearly as common in such hot countries. 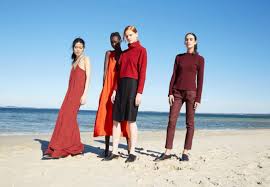 Those companies that have built their market on outdoor wear and the environment have been some of the first to examine this growing concern.  Tessa Byars, a Patagonia spokesperson, states that Patagonia is concerned and taking steps to determine the impact their products may have on the marine environment.   An earth sciences professor, Miriam Diamond, from the University of Toronto, believes that the growing ‘fast’ fashion plays a larger role in this environmental concern as compared to the smaller outdoor clothing industry.  She suspects that those cheaper products made in overseas factories shed their fibers more easily as they are not spun nearly as well as the higher-end materials.

The researcher, Mark Browne, responsible for bringing this awareness of the growing dangers of microfibers to the public’s attention believes that the grace period for addressing this is over.  It is now time to demand from the national governments and plastics industry what they are prepared to do about correcting this.  This form of man-made debris can now be found almost everyone on the planet, and affecting the environment, the food chain, and ultimately humans.

There have been solutions and new inventions suggested, such as better quality clothing or fabrics that are coated with an anti-shed formula, a ‘nanoball’ that would attract and capture these microfibers could be used in washing machines, a waterless washing machine is being developed that uses pressurized carbon dioxide to wash clothes, or a mandatory filter that must be installed in all washing machines.  Unfortunately the washing machine industry has proven to be slow to respond to the changes in design that are needed.   The common response is “how do we retrofit all the existing units on the market?”

But the reluctance of these industries can no longer be acceptable.  This is just not their redesign problem.  This is a problem that affects all life on this planet – whether it is the fish that initially ingests the microfibers, the bears and eagles that capture it on its homeward migration, or the human who takes a salmon steak home for dinner.