„Take this five times a day for six weeks. While taking it you’ll start feeling better.” Sounds like you are in your doctor’s office, receiving a bottle of pills from a man in a white coat. Well, instead you are under canvas deep in the mountains where a shaman is handing you a fragrant bundle of herbs wrapped into banana leafs.

This scenery is more common than you think. The rich history of Central America combines the wisdom of four cultural traditions – Indigenous, European, African and Asian – in a holistic approach of healing.

Costa Rica sticks out of other Central and South American states considering holistic medicine. The country is developing into the direction of wellness tourism and health tourism. In the meantime, many retreat centers like The Gaia School of Healing in Punta Mona, the Hidden Garden Wellness Center in Puerto Viejo de Limon or the Holistic Care Healing Center in Jacó have grown. All of these centers have specially qualified experts who deal with nutrition, physical exercise and behavioral changes of their participants. They work with you on long-term lifestyle changes, the basic idea of holistic healing, and their methods exceed way beyond the body-mind-connection known from yoga. 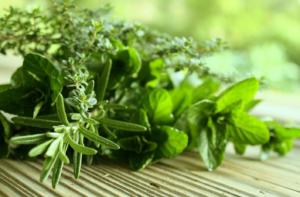 Costa Rica provides the perfect base for herbal medicine, as round about 120 of the used herbs to treat for example malaria or heart disease are delivered from rainforest plants. Though herbal medicine has not been scientifically proven yet, it is becoming more and more popular, also in Costa Rica. Did you know that there is a plant called Wandering Jew that can lower your blood pressure only with the consumption of a single leaf? You can also treat small wounds or cuts with its liquid and the leaf serves as a plaster! Crazy, isn’t it?

Naturopathic treatments, homoeopathy, acupuncture, body therapy, relaxation procedures and methods of self-healing belong to the alternative-medical and complementary-medical methods of treatment. It is hard to differentiate between these methods as many of them overlap each other in some points.

The effects of many alternative-medical therapies are partially based on placebo effects. In other words, alternative medicine can be any method with the purpose of healing that has no scientific evidence or origin. Modern doctors and scientists often criticize alternative methods and maintainers of alternative medicine are often accused of being charlatans.

Many sorts of alternative medicine are called “natural”, “biological”, “alternative”, „self healing“ or “holistic”, which means that it is all about treatment of the body, spirit and soul. Mostly women, highly educated people, chronically ill persons and persons with a health-conscious lifestyle take up on alternative medicine, often not as a replacement, but as a supplement to the conventional treatment. The following gives you an overlook over the most common procedures used all over the world.

In Antiquity and Middle Ages, nature was considered a vital force with healing power. Naturopathy presumes to expose the body to natural forces like sunlight, air, water and earth and substances like plants, herbs and certain food. Operators of naturopathy believe that these natural treatments help to restore the inner ability of the body for self-healing, without the detrimental effects of conventional medicine.

Homoeopathy is an alternative-medical method of treatment based on the thoughts of the German doctor Samuel Hahnemann (1755-1843). It follows the principle of resemblance, that is to heal same with same. This means that basic substances of the disease are diluted with water or ethanol and are given to the patient. This principle is also utilized in today’s flu shot, where a minor dose of the pathogenic agent is injected in order to produce immune cells.

Ayurveda is a traditional Indian art of healing which has its origin and main supporters in India, Nepal and Sri Lanka. It is estimated to be the eldest traditional health care system with an age of at least 5000 years. The mystic figure Dhanvantari, doctor of the gods and origin of all medicine, is considered as founder of Ayurveda. In the bigger part of Asia, particularly in India, Ayurveda is taught academically as a medical method and is widely accepted by the people.

Literally translated Ayurveda means life wisdom or life science. It is a combination of experience and philosophy, focusing on human health and disease-related physical, mental, emotional and spiritual aspects. Health and disease depend on the availability of a balance between body components. Internal and external influence can be responsible for a lacking balance, which makes you sick.

The central aspects of Ayurveda are massage, purification, dietetics, Yoga and phytotherapy. Some of the ayurvedic medicine is under suspicion to contain heavy metals like lead, arsenic and mercury. A regular taking of these substances can lead to poisoning or disturbance in the alimentary tract. The Telegraph reported in august 2015 that a 55-year-old woman in Sri Lanka was poisoned with mercury from the taking of ayurvedic medicine.

Traditional Chinese Medicine (TCM) emerged in China over 3000 years ago. The aim of TCM is to equilibrate the regular energy flow of the body. TCM consists of five pillars, containing acupuncture, pharmacotherapy, dietetics, massages (like Tuina or Shiatsu) and movement therapy (like Qi-Gong and Tai-Qi).

Acupuncture is based on the fact that the life energy of the body (which is the Qi) circulates on defined leading roads or meridians through our body and has a steering influence on all body functions. A disturbed energy flow is held responsible for diseases. The disturbance should be repaired by sticking needles in acupuncture points lying on the meridians in the flow of Qi.

The pharmacotherapy is based on remedial plants, in rare cases also on minerals and animal components. The combination of more than 500 active substances can cause interaction and incompatibility. Especially privately acquired drugs are in danger of pollution by pesticides, heavy metals, etc.

TCM is the medical treatment form with the largest range in the whole world. Especially acupuncture is practiced all over the world. But still many detractors decline the TCM because of the lacking scientific evidence. For example there is no evidence-based prove that the assumed meridians really exist. Particularly the use of animal components as for example tiger’s bone is highly criticized because of the extinction of these species. Unfortunately there is still much traffic on the black market with such products.

Though the traditional healers and shamans are experts in their fields and know what they are doing from age-long historical tradition, there are also many quacks out there that only want to make money. So, if you decide to try alternative medicine, inform yourself about the healer and the substances you take.

For info about how to heal your life with raw living and juicing contact: Natashia at Follow Your Bliss