About the death of indigenous leader Jerhy Rivera, the FECON Ecological Federation and other environmentalist movements are still waiting for the appropriate judicial response. “The government must declare itself incompetent to resolve the conflict, which in turn makes it a racist entity,” say the environmentalists.

Osvaldo Duran, the representative of the Ecological Federation, expressed, “They (the State) are afraid of us because we are not afraid of them,” and also reminded about the Honduran indigenous activist Berta Cáceres. Duran denounced that the conflict that indigenous territories are experiencing today is the product of incapacity and inaction of the government.

Environmentalists say that a conflict cannot be resolved if the suspects in the crime remain free.

In this regard, Nicolás Boeglin, Professor of Public International Law, at the University of Costa Rica (UCR), reported that Rivera’s murder was immediately referred to the different international media, a clear example is a note published by The Guardian in the United Kingdom.

But they insist on asking the question: Is identifying those responsible for the murder of community leaders an impossible task for the Costa Rican State? They describe that there is an official inability that is not new and comes after a series of violent events, including the burning of several ranches occupied by indigenous women in July 2014, just as the Costa Rican national soccer team played against the Netherlands in The World Cup in Brazil, to date, none of the perpetrators of this crime have been identified and/or sanctioned by the Costa Rican authorities.

Another violent event, the death of Jairo Mora Sandoval, a biologist murdered on the beach of Moín in 2013: Jairo Mora had been studying turtle nests on this beach in the Costa Rican Caribbean for several years, intended to develop several scientific projects.

Days before the death of Jerhy Rivera, on February 24th, UK newspaper The Guardian, in its edition of 02/17/2020, referred to another act of violence in Salitre committed against the indigenous leader, Mainor Ortiz Delgado gravely wounded with gunshots.

In public statements, the maximum representative of the United Nations System in Costa Rica, Alice Harding Shackelford, pointed out the existing void in the Central American country regarding those who defend indigenous communities: “The authorities of the country must guarantee the protection of human rights defenders and indigenous leaders.”

In repudiation for the murders of indigenous leaders in Costa Rica, the highest authority of the University of Costa Rica (UCR), made a public declaration: “We reiterate to the Government of the Republic, its obligation to intervene and ensure the protection of indigenous peoples against acts of violence and harassment, in such a way that, the lives of those who form part of these native groups are guaranteed, respecting the precautionary measures filed by the Inter-American Commission on Human Rights, which seek to safeguard the rights of the indigenous communities of Costa Rica.” Until now, the Costa Rican legal framework does not have any criminal sanction mechanism related to incitement of hatred against a certain group.

From TCRN, we demand that the National Government take a proactive stand to this unfortunate situation, responding to the concerns of environmentalists that have been repeatedly expressed here. Perhaps it is strong, it is painful, but it is about resisting and insisting, debating, for letting the voice of the communities be heard. 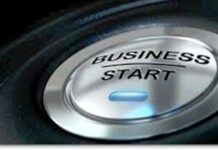 What you wish you Knew before Starting your Business 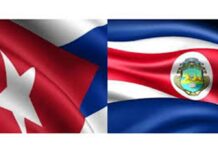 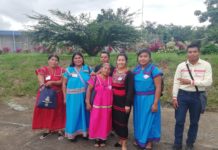