Llobeth is 56 years old and suffers from high blood pressure. For that, she has no choice but to take natural remedies, since she has no money to buy pills, which is most of the time. She does not have insurance and therefore the Costa Rican Social Security Fund (CCSS) doesn`t provide the medicines needed.

She works close to Shirley, a slightly younger woman with a particular oral expression. Her health is fine, but her greatest urgency (like Llobeth) at the present moment is housing. Out of necessity, she resides in a room for which the charge ¢ 8,000 a night, and in times of Pandemic, the payment gets even more uphill.

Both are dedicated to the same thing, they are sex workers on the streets of the “red zone” of San José, and the Pandemic, as with other economic sectors, has caused real havoc on their earnings.

“Customers no longer come. We haven’t earned 5 colones in a week, this is bad,” said Llobeth, who has been in the trade since she was in her teens. Even though she tried to be in absolute quarantine due to her health condition, which is added to what she calls a “crooked leg” (knee pain), reality hits her in the face: “we have to pay for our food and housing”.

“They come to me and ask me what am I doing out in the street if there`s nothing to do, but then how do I pay all my bills and feed myself?” asks Llobeth. “I have to go out, whether I want to or not. As much as I want to protect myself, I have no other choice” she adds.

Although the number of clients is not even compared to those who arrived in the pre-pandemic period, like Llobeth, Shirley also has to keep going out onto the streets of San José to get a living. “You have to keep surviving,” she says.

Her living partner had his workday cut short. They need 50,000 colones to pay for a small apartment in San José. She also said that another of the girls, who live in Alajuelita, has already been asked for the room where she lives due to the impossibility of paying for it. “How bad this situation is, if she paid for the room she couldn`t pay for food,” she said.

For many, there is nothing left but the streets, while they get some other space to sleep. That is the reality of many of the workers in the red zone, whom Shirley and Llobeth have been abandoned by all of society, including the country’s institutions.

For now, they both have a roof, but the situation is uncertain and could worsen if it continues as in recent weeks. Even though the situation has been complicated for thousands and thousands of Costa Ricans in the last three months, many people have been able to access aid such as the “Protect Voucher”, but not sex workers.

The context of calamity is added that of violence that many of the clients exert on the sex workers, which goes beyond the physical and passes to the symbolic and economic. Many women, out of necessity, accept the low price that their clients are willing to pay, even if it is a pittance.

In addition to the significant decrease in customers, which is already directly affecting the economy, Shirley says that some of those who come to want to take advantage of the current situation and pay less for the service.

“In my case, I don`t allow it, I put the price, take it or leave it, but in the red zone there are girls who give themselves for very little money, sometimes just 1,500 or 2,000 colones, they get used to receiving little. I am indeed a prostitute, but my dignity is worth more than 2,000 colones,” she said.

Both Llobeth and Shirley are cared for at “Casa Esperanza”, a Christian organization that, in addition to assisting them in the psychological sphere, extends a hand of affection and company. They also train them in crafts, for example, in sewing, so that they can have some other type of income.

The Pandemic has not stopped Casa Esperanza, which tries as much as possible to help some girls in the red zone with food and continues the psychological counseling to avoid more increased risks of Coronavirus transmission.

In this Pandemic, protection against COVID-19 is one more concern regarding diseases that can be transmitted through sexual activity. Unlike other formal sectors, which require a protocol to operate, prostitution and its informality, does not have sanitary measures.

“We try to give them all the information and protocols to take care of possible contagion. They try to tell the client to wash their hands and that instead of giving kisses they change it for a dance. Also that the positions do not face to face, but in practice, everything is very different,” explained Natalia Quirós, who provides essential psychological support for Casa Esperanza.

Although they try to follow these protocols, Llobeth and Shirley say that the circumstances are difficult in this job and they often must yield to the client’s wishes, to receive the payment. In times where the world seems to go through a period of uncertain ending, the two expressed their desire to leave this life and be able to dedicate themselves to other types of activities. 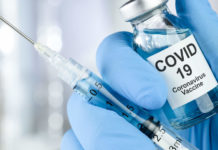 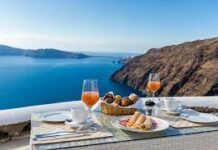 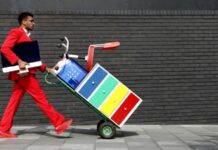