The Minister of Tourism of Costa Rica, Gustavo Segura, highlighted as an achievement that the country closed 2020 with...
Read more

Adoption processes no longer make any distinction between heterosexual and homosexual couples, they only seek the suitability of the...
Read more
TCRN STAFFhttps://www.TheCostaRicaNews.com
Creating a Conscious alternative news network that we feel the world needs. Pura Vida! 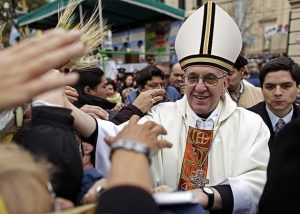 Aguilar replaces Monsignor Oscar Mario Brown Jimenez, after the pope accepted the resignation, because of the age limit of 75 years, which is according to the code of canon law.

Bishop Aguilar was born on August 4, 1963 in Cañazas, diocese of Santiago de Veraguas.

He studied philosophy and theology at the Major Seminaries of Guayaquil, Ecuador, and San Jose, Costa Rica. He obtained a degree in canon law at the Pontifical Lateran University in Rome.

He was ordained on August 4, 1990 and the Diocese of Santiago de Veraguas has been spiritual director in San Liborio diocesan minor seminary, parish priest of St.

Aguilar was appointed Bishop of Colón-Kuna Yala and August 6 June 18, 2005.

Costa Rica is Years Ahead of Us, Panama Questions its Processes for Vaccination against COVID-19

Adoption processes no longer make any distinction between heterosexual and homosexual couples, they only seek the suitability of the home for each child, according...
Read more

Johanna Sánchez left her corporate life to dedicate herself to motherhood and create her FRAN business. It is an enterprise that sells sourdough bread...
Read more

Know the Most Recommended Fruits for Their High Nutritional Content

Fruits make up one of the most common food groups and a very important part of the human diet. They contain many benefits, such...
Read more

Less than seven months before the opening of the Tokyo Olympics, a survey today reveals that 80 percent of the Japanese consulted agree to...
Read more
- Advertisement -