Entertainment and recreation have always been a very important part of our lives, and the hobby for playing games may be tracked down from ancient times. After the formerly nomad lifestyle of primitive humans became a sedentary one, the need for entertainment and recreation –as alternatives to occupy, at that early stage of human history, the newly discovered “free-time”– led to creating very ingenious, as well as strategic, games such as chess.

The accurate origin of chess is, up to a certain extent, still unknown. Although some historians suggest China as the cradle-land of an ancient game similar to chess, many others do believe India as the country where it acquired much of its modern characteristics. Today, it is widely assumed that the “father” of modern chess is an Indian royal game –because it was used to be played only by kings, princes, and scholars– known as chaturanga. 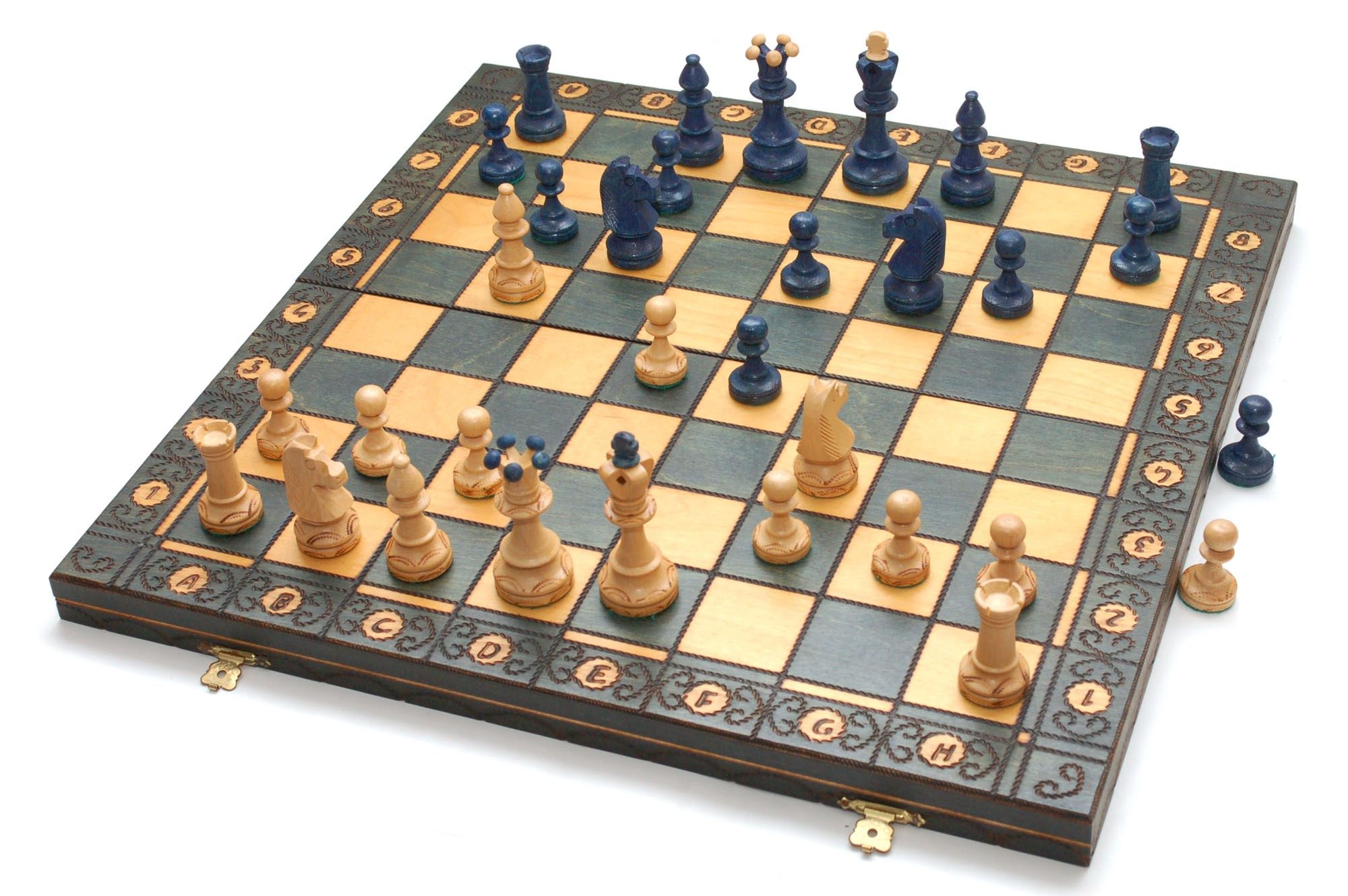 Etymologically speaking, chaturanga means “four” (chatur) “members” (anga) and it was designed to represent the four elements of the traditional Indian army; the infantry (pawns), the cavalry (knights), the elephantry (rooks), and the chariots (bishops). And believe it or not, the original game was also played by four players, by having a different color –usually white, yellow, black, and red– for each team.

Today, modern chess is composed of thirty-two pieces distributed in two teams (sixteen pieces by each one), usually colored as black and white –or any other kind of color contrast displayed on a chessboard showing sixty-four black and white squares. In essence, it represents a battle between two players and its pieces represent aspects of medieval society. The ultimate object of the game is to checkmate the opponent’s King so it cannot escape at all.

The King is the main object of your opponent’s attack. Once it is checkmated, the game is over. It can move in all possible eight diagonal, horizontal and vertical directions, but only one square at a time. Additionally, the King has a special Castling move, where it can move two squares to left or right, with the Rook jumping over it to occupy the square on the other side of the King.

The Queen is a formidable piece, and will often be central in attacks. It has the ability to move in a horizontal, vertical or diagonal path across any number of spaces as long as it is not blocked.

The Bishop can move any number of squares in a diagonal direction, but it cannot jump over pieces as the Knight can.

The Knight’s movement is pretty unusual; it does not move in a straight line, but makes a double move, with a single straight and diagonal move. This L-shaped move can be in any direction, giving eight possible moves when it is near the center of the board. Similar to real horses, Knights can jump over chess pieces whether of the same or the opponent’s color.

The Rook can move any number of squares in a horizontal or vertical direction. Similarly to the Bishop, it cannot jump over pieces as the Knight can.

The Pawn symbolizes either a soldier or a worker. It moves in a forward direction, one square at a time. But on its first move, the Pawn can also optionally move forward two squares. These forward moves cannot be capturing moves. Instead, a Pawn captures another piece in a forward diagonal direction, but cannot otherwise move this way. When a Pawn reaches the other border-end of the board, then it can be changed for any other piece of its own color except for the King. This move is called a “Promotion” and a Pawn is usually promoted to a Queen.

On the other hand, playing chess is more than a simple hobby. In fact, it has been called the “science-game”. This tag is well-deserved because of the many cognitive processes implied during its performance. As an interesting fact, these processes often lead to developing mental abilities as strategy and tactics. In our personal experience, they are truly advantaging for any player not only in the game itself but also for real life situations.

To sum up, modern chess is an excellent choice not only for entertaining and recreating but also to taking advantage of your free time, as well as a tool to develop cognitive processes to improve strategy and tactics through daily decision-making tasks.