Orange the World for Elimination of Violence Against Women

What Is Mindfulness For?

How to Make Homemade Cannabis Oil Against Pain

International Day for the Elimination of Violence Against Women is tomorrow November 25. Learn how you can support the cause in Costa Rica.

With the tragic death of Gerardo Cruz still fresh on Costa Rica’s mind, the International Day for the Elimination of Violence Against Women may have never felt so pertinent. Nevertheless, this day has been a United Nations recognized event since 1999 with independent women’s rights groups celebrating it as early as 1981.

Violence against women is a human right violation. In addition to physical, sexual and verbal violence, the term is often considered to include the discrimination and persisting inequalities between men and women in the social, work and legal fields.

[quote_center]Prevention of this violence is not only possible, but essential for global elimination.[/quote_center]

To understand why this day matters to everyone, the U.N.’s official site gives the following statistics regarding violence against women: 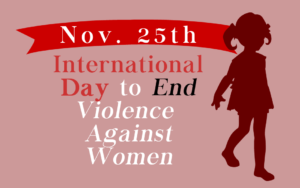 Considering the importance of this matter to Costa Ricans and women all over the world, The National Institute for Women in Costa Rica (INAMU) will be hosting an event at Parque Nacional in San José at 8am.

Additional activities will take place beginning at 9am at Clinica de Bataan including a march, informative stands and a movie-forum featuring Cama Ardiente.

The official U.N. Campaign, 16 Days of Activism against Gender-Based Violence will continue until December 10th. Supporters are encouraged to wear orange to raise awareness and display their solidarity. For more information about the International Day for the Elimination of Violence Against Women, Orange the World and the 16 Days Campaign, click here.

What Is Mindfulness For?

There are many people who, even during their days off, such as weekends or vacations, cannot leave behind the hectic pace of life
Health

How to Make Homemade Cannabis Oil Against Pain