With the election of Donald Trump as the next President of the US, the rest of us are alarmed.  He has already spoken of his many different plans for his upcoming presidency, and the one that causes many people around the world the greatest concern is his approach to climate change.  It appears that he intends to block any progress already made by President Obama, as Trump appears to be very anti-climate.  Just as worrisome is the support Trump has from the 2 anti-climate houses of Senate and Congress.  The Cabinet will include major climate deniers with the new chairpersons for the Energy and Natural Resources, Commerce, Science and Transportation, and the US Senate Committee on Environment and Public Works. Many are very concerned that all the achievements accomplished by the Obama administration could be undone in the next year or so. 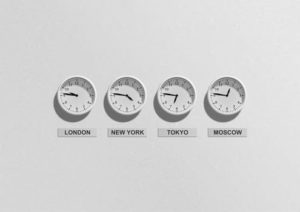 And the clock is ticking as we need to be addressing this grave situation now, and not in 4 years when there is a possibility of a new administration.  Time is something we just don’t have.  The agreement signed in Paris made a commitment to keep the warming limit to less than 2 degrees Celsius. But that will demand and require massive changes to be done immediately and quickly.  We simply cannot afford to delay on making these changes.

We hold the future of our children, our grandchildren, and the planet in our hands today.  While the world may not end if we don’t achieve the needed changes, many will suffer, achievements will be lost, lives will be impoverished, and the possibilities of what comes next will be greatly diminished.  But we need not declare defeat. We may even declare a victory, and here’s why.

There have been a great number of different global inter-government climate agreements, and as much as Trump may threaten to undo them, he cannot sabotage what has been agreed to by the many.  These countries and these agreements need our very enthusiastic, on-going, and very loud support.  Many of these efforts do not need presidential or Senate approval to go forward.

There is already a new economy evolving and growing.  This is an economy that supports sustainable farming and forestry, solar and wind energy, sustainable infrastructure, clean technologies and digital efficiency breakthroughs, dense green building in low-car cities, on-demand shared goods, awesome low-carbon lifestyles, and electric autonomous vehicles.  Within our lifetime, these low-carbon practices, technologies, and models will become the norm in most countries and industries. 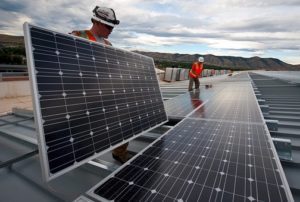 These low-carbon systems are estimated to generate trillions of dollars of demand.  Which will create the strongest economic opportunity in generations for many new businesses. Trump will not be able to stop this economic growth for three very important reasons:

You can support this new green economy in your own small, yet effective ways.  You can support cleaner economic policies, you can fight any new high-carbon infrastructure, and you can exert economic pressure by how you stop buying from those companies that don’t support a zero-carbon future.

Accelerated Action Within the US

A large majority of Americans do support action to address climate change.  Citizens are the ones who make up the cities and urban regions, and they do have the power to bring about change.  One of the most important and most effective ways to address climate change is by building more housing, actually more urban dense communities to be exact. For urban density is actually one of the very best solutions to implement climate solutions.  When citizens live in dense communities and can walk to where they need be, they use less resources, less energy, and produce less carbon waste than those who live in sprawling suburbs. 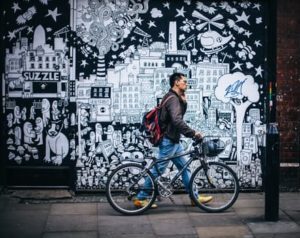 The best way to create denser communities is by building more housing.  And the US has a serious housing shortage right now, in fact millions of homes are needed to meet this demand.  Building more dense communities, serviced by public transportation, and designed to be walkable will drop the carbon emissions of those living in those communities.  But also across the city, and even in that region.  Building low-carbon housing is actually the most effective climate action plan any city can implement.

Those corporations that depend on continuing usage of this high-carbon lifestyle are actually doomed, and living in a bubble of denial.  Not only because of those international agreements and increasing climate regulations, but because of the growing competitiveness of clean energy replacements.  Whether they choose to adapt or deny, the shift to green economies and green technologies is coming.  Again, you can help make that happen faster by how you shop, and which businesses you support with your dollars. You actually have more power than you realize  – the power of the wallet. 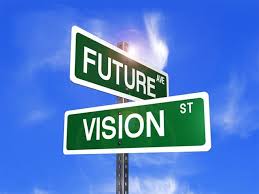 All those dire predictions of the future, and imagining the very worst-case scenario are the most powerful weapons those opposed to climate change possess. Believing that Trump’s election means the end of the world as we know it is certainly discouraging, but also dis-empowering.  When people have a vision they can believe in, they will fight for it.  And when the majority of people believe in this vision, no politician or political party can stop that.  The world will need its dancers, inventors, actors, librarians, filmmakers, and visionaries to help fire this vision for the rest of the society.  Everyone who nourishes new ideas, works for a new future, kindles inspiration, and supports going forward is needed to feed this vision.  For the kids of today need a positive vision for their emotional survival.

What Can You Do Today?

Of course all efforts must be made to fight Trump’s choices in every way possible, even in the courts.  But there is so much more.  Fight for a better Congress in 2018.  Fight for the future you want for your kids, for your community, and for the planet.  Consider an explosion of more ambitious strategies, solutions, and visions.  By supporting efforts internationally, building high density communities, supporting a low-carbon economy, and applying pressure to burst that carbon bubble of denial.  Envision a different future and, over the long run, you can achieve even more powerful changes than simply continuing a ‘business as usual’ approach.

Contact us for more information on energy saving technologies.