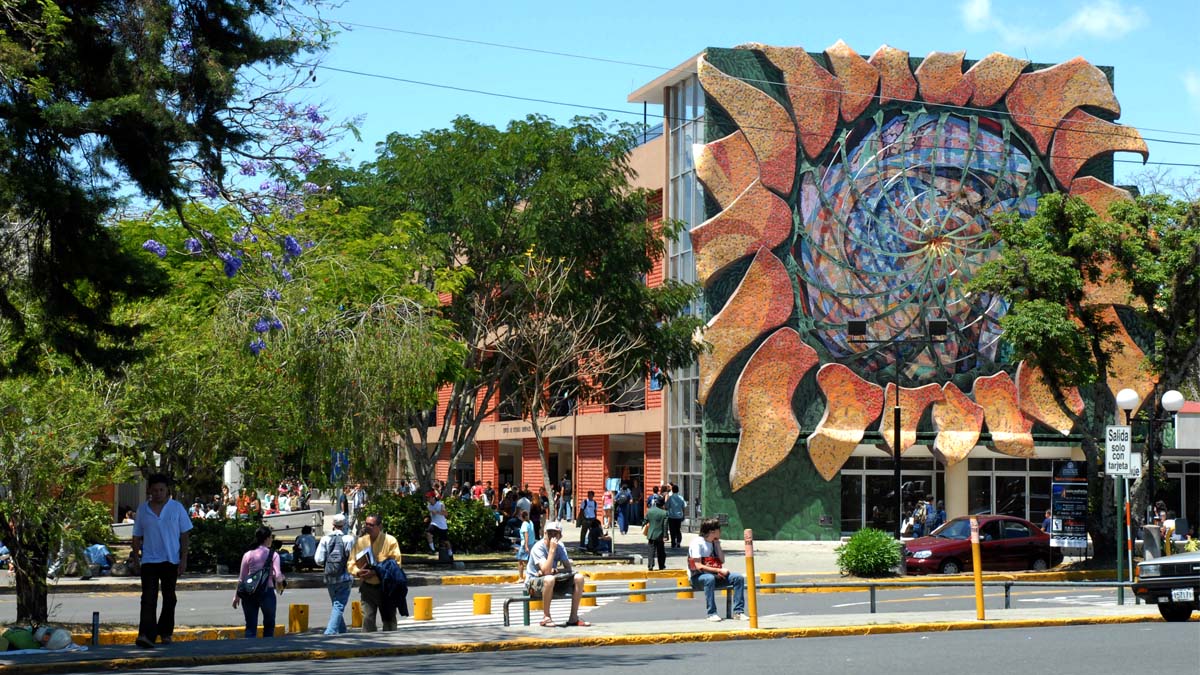 Get to know these important meritorious institutions of our country that they are our pride in the education and academic training of all Costa Ricans named cultural heritage.

The University of Costa Rica

(Also called by its initials, UCR) is one of the five public universities in the Republic of Costa Rica, is considered one of the most prestigious and recognized in Latin America and the best in Central America.

Its main campus, the Ciudad Universitaria Rodrigo Facio, is located in Montes de Oca, about 3km from the center of the country’s capital, San José.

History of the (UCR)

However, its work was perpetuated through the Faculties of Law, Agronomy, Fine Arts, and Pharmacy, which continued to operate independently.

On this legacy, in 1940 the University of Costa Rica was created, through Republic Law Number 0362.

Since it opened its doors in March 1941, this Institution has channeled its work following a constant, inexhaustible and free search for truth, efficacy, and beauty, as established by the Organic Statute: The University of Costa Rica It is an autonomous institution of higher culture, made up of a community of teachers, students and administrative officials, dedicated to teaching, research, social action, study, meditation, artistic creation and the dissemination of knowledge.

It enjoys independence for the performance of its functions and full legal capacity to acquire rights and contract obligations, as well as to give its organization and government.

Its decision-making regime is democratic and therefore personal and collective decisions are made in it with absolute freedom.

The University of Costa Rica is a guarantee of high academic quality.

To carry out its purposes, it has a community of professors, students, and administrative officials, dedicated to fulfilling the primary activity of the Institution, promoting the advancement of knowledge in its maximum expression, and responding, effectively, to the needs it generates.

The integral development of society. Its main financing comes from the state contribution by mandate of the Political Constitution of Costa Rica and other special laws.

On March 12, 2001, through decree 8098 of the Legislative Assembly, the University of Costa Rica was declared: Meritorious Institution of Education and Culture of Costa Rica.

The University of Costa Rica is a state institution of higher education, constitutionally autonomous and democratic, that promotes critical, humanistic and cultural training, made up of a community of students, professors, civil servants, and administrative officials, which contributes with the transformations that society needs to achieve the common good, through the development of teaching, research and social action activities, supported by an institutional policy aimed at achieving social justice, equity, comprehensive development, full freedom and the total independence of our people.

It aspires to be a University of excellence, sustainable, transformative, inter, and multicultural, up-to-date, that through free and reflective dialogue and continuous evaluation, strengthens its commitment to improving the quality of life and is a benchmark in the national consciousness.

Liceo de Heredia is a secondary education center in the Heredia province of Costa Rica. Declared as a Benemérita institution of Costa Rican education, as recorded in the file of law 8897 of November 18, 20101.