The Ministry of Public Education (MEP) remains on the lookout, and with...
Read more

The country is still going through a critical situation due to the...
Read more

Resonance and Coworking as an Alternative after the Covid-19 Crisis

Companies and employees worldwide increasingly have been opening their eyes to the...
Read more
TCRN STAFFhttps://www.TheCostaRicaNews.com
Creating a Conscious alternative news network that we feel the world needs. Pura Vida! 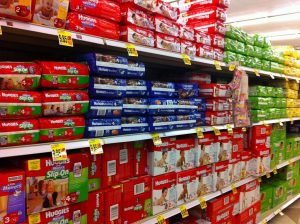 The Costa Rica News (TCRN) – The American company Kimberly-Clark invested $31 million in Costa Rica in a new plant that was opened this week, and a service center with which they will be able to attend to the Central American market, the company said.

The plant is 100,000 square meters and located in the province of Cartago (center). The investment for the company was $27 million and they will produce disposable diapers for the Central American market.

For its part, the shared service center, located in the province of Heredia (center), required an investment of $4 million and will be responsible for supporting the business network of the company in Latin America in areas such as finance and technology.

In total, 100 jobs will be created between both facilities.

“This new investment, added to the $63 million that has been invested in the last 5 years, demonstrates the confidence that the corporation has in Costa Rica, and the intention to remain leaders in the country” , said the country manager of Kimberly-Clark, Matthew Pinto.

This company was set up in Costa Rica in 1964 and has about 1,300 workers at two plants in which they manufacture personal care products. (ACAN-EFE)

The Ministry of Public Education (MEP) remains on the lookout, and with...
Read more
Awareness

The country is still going through a critical situation due to the COVID-19 Pandemic. But thanks to...
Read more
News

Resonance and Coworking as an Alternative after the Covid-19 Crisis

Companies and employees worldwide increasingly have been opening their eyes to the many benefits of the coworking...
Read more
News

The new vehicle and commercial restrictions, that took effect from this past weekend, complicate the situation of economic recovery in the service sector
Read more
Health

What Does a recovered COVID-19 Patient have to do For Donating Blood?

The National Blood Bank (BNS) and the San Juan de Dios, México and Calderón Guardia Hospitals are the centers for donating blood from patients recovered by COVID-19. However, to be a candidate you must meet certain requirements
Read more
- Advertisement -

How to Avoid the Pattern Day Trader Rule

Investors who want to close out every position before the end of the session often wonder about...
Read more
- Advertisement -