We have created a guide to the most popular volcanoes in Costa Rica for you to visit and adventure. Since we have almost entered mid-year vacation season, searches have increased for places to go to spend time with family and friends. Whether it be for your vacation from another country or a family trip on your day off, you’re looking for something fun to do. Many go to the beach, movies, restaurants, and mountains, but there are also others who prefer more tranquil destinations.  Below you will find some of the most beautiful places to visit in this country at a very small price. 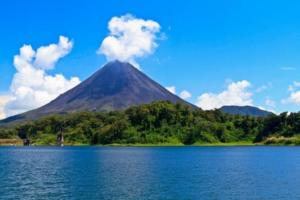 The Arenal Volcano is located in the center of Arenal Volcano National Park, in the district of La Fortuna, canton of San Carlos, and province of Alajuela. It can be traveled to by bus from San Jose downtown or SJO airport, taking about 4 hours. Arenal is an active andesitic stratovolcano with a height of 1,670 meters above sea level. You can hike 2-3 hours on 3 different paths. The park is open from 8:00 a.m. to 4:00 p.m. The cost is C1000 for citizens, $15 for foreigners. 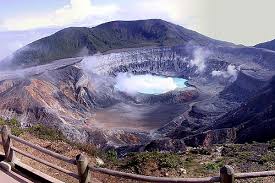 This park is in the Central Valley region of Costa Rica and is one of the county’s most visited national parks. It covers an area of approximately 65 square kilometers. Poas Volcano is a powerful symbol of the geothermal forces that formed Costa Rica. It hosts the largest active crater in the world at almost a mile across. Occasionally, you will see steam break through the geysers in the crater. You can walk along different paths throughout the park. It is open from 8:00 a.m. to 3:00 p.m. The cost is C1000 for citizens, $15 for foreigners. 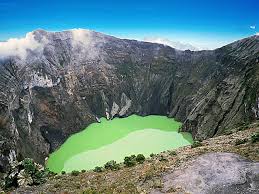 Irazu is located in Cordillera Volcanica Central, in the interior of the national park by the same name, 32 kilometers to the north of Cartago city. At 3,432 meters, it is the highest active volcano in Costa Rica. It can be easily visited from San Jose, with a road leading right up to the summit craters and a weekly bus service to the top. You can walk 2 paths that are each 1 kilometer. On a clear day, it is possible to see both the Atlantic and Pacific Oceans from the top. The park is open from 8:00 a.m. to 3:30 p.m. The cost is C1000 for citizens, $15 for foreigners.

This volcano is a complex stratovolcano, located in the northeast of the country in the province of Guanacaste, 25 kilometers to the northeast of Liberia city. The Circular Las Pailas Path is the most accessible path. It is 3 kilometers, circular, with a duration time of about 2 hours. Las Cataratas Path is linear, it starts at the left of the entrance stand. The waterfall La Cangreja is 4 kilometers and the waterfall Escondida is 4.3 kilometers. This last trail is of high difficulty, given the ascent that has to be made. The park is open from Tuesday to Sunday, 7:00 a.m. to 3:00 p.m. The cost is C1000 for citizens, $15 for foreigners. For children, the cost is C500 for citizens and $5 for foreigners. For students, the cost is C500. 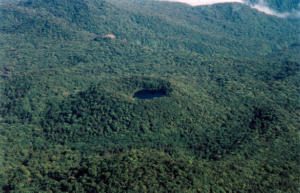 This volcano is located in the Cordillera Volcanica Central, 22 kilometers to the north of San Jose, in the province of Heredia. It can be easily traveled to from the bus stop in Alajuela. Barva has a height of 2,906 meters above sea level, which makes it the third tallest volcano of Costa Rica. You can go on a hike of 12 kilometers and camp in the camping area. There are sanitation services and security in the park. The park is open from 8:00 a.m. to 4:00 p.m. The cost is C1000 for citizens, $12 for foreigners, and free for senior citizens.

Costa Rica and Panama are Preferred Paradises for Enjoying Retirement

“The Tree House”: a Unique Place that Offers Convenience and Comfort in Costa Rica