As global demand for packaged foods increases, the need for sustainable solutions becomes more urgent. Much of the food...
Read more

This week, the President of Costa Rica, Carlos Alvarado, highlighted, in his annual message before the Legislative Assembly, the...
Read more

The application of LED lighting and the renovation of more efficient air conditioning equipment are part of the actions that allowed Daniel Oduber International Airport to obtain the Carbon Accreditation for Airports (ACA).
Read more
TCRN STAFFhttps://www.TheCostaRicaNews.com
Creating a Conscious alternative news network that we feel the world needs. Pura Vida! 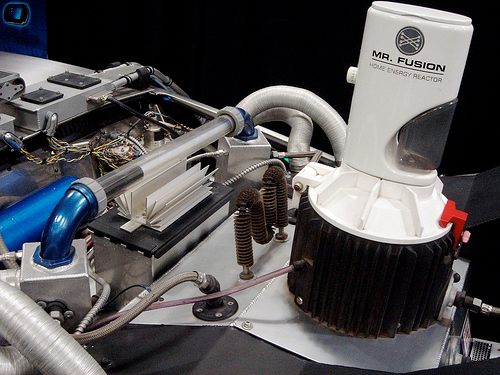 Costa Rican astronaut Franklin Chang, is developing three projects in clean energy in Costa Rica, which together would give way to the creation of an engine that can run either on hydrogen and biogas.

The first step is the construction of a wind-wind-mill, so that he in turn produce the energy needed for an electrolyzer which manages the water that will be separated into hydrogen.
“Our idea was to make medium-scale wind turbines, as six meters (…) to work with relatively low wind speeds. We have created several prototypes and are now working on one that works at 0.5 kilowatts, but we are in the process of one that will work in 5 kilowatts, “said Ad Astra Scientific Director, José Antonio Castro.

Once you separate hydrogen from water, it is passed0 to a compression process. Currently a study is underway on how it can be done safely. An agreement with the Costa Rican Oil Refinery (RECOPE) will provide facilities where experiments can be made, the results are available later this year.

“Hydrogen is a clean fuel, when burned it produces is water. So if you have a 100% hydrogen engine for the car… But it is very complicated because if you want to store a usable quantity requires a lot of space. Then what you need to do is compress under pressure and more manageable, “said Castro.

The mixed-biogas engine and hydrogen would be used for the transport sector in our country and have small emergency power plants that are environmentally friendly.

“What we have thought is to have a generator that works with a mixture of hydrogen and biogas (…) this engine would not only use water, but also a large component of methane, “said the Chief Scientist of Ad Astra.

The entire system could also be used in remote areas, where there is no other form of energy other than wind. Although the projects are still in their preliminary stages, Castro hopes that by the end of 2013 they will have initiated hydrogen compression experiments.

As global demand for packaged foods increases, the need for sustainable solutions becomes more urgent. Much of the food...
Read more
Environment

Ávoris Sets Costa Rica as the Star Destination for this Summer

The Hydrogen Alliance, a group of public and private companies from different sectors, was formed in 2019 to contribute to Costa Rica´s goal
Read more

Canada on Wednesday approved the use of Pfizer-BioNTech's Coronavirus vaccine for ages 12 and up, becoming the first country to authorize it for people so young.
Read more
- Advertisement -