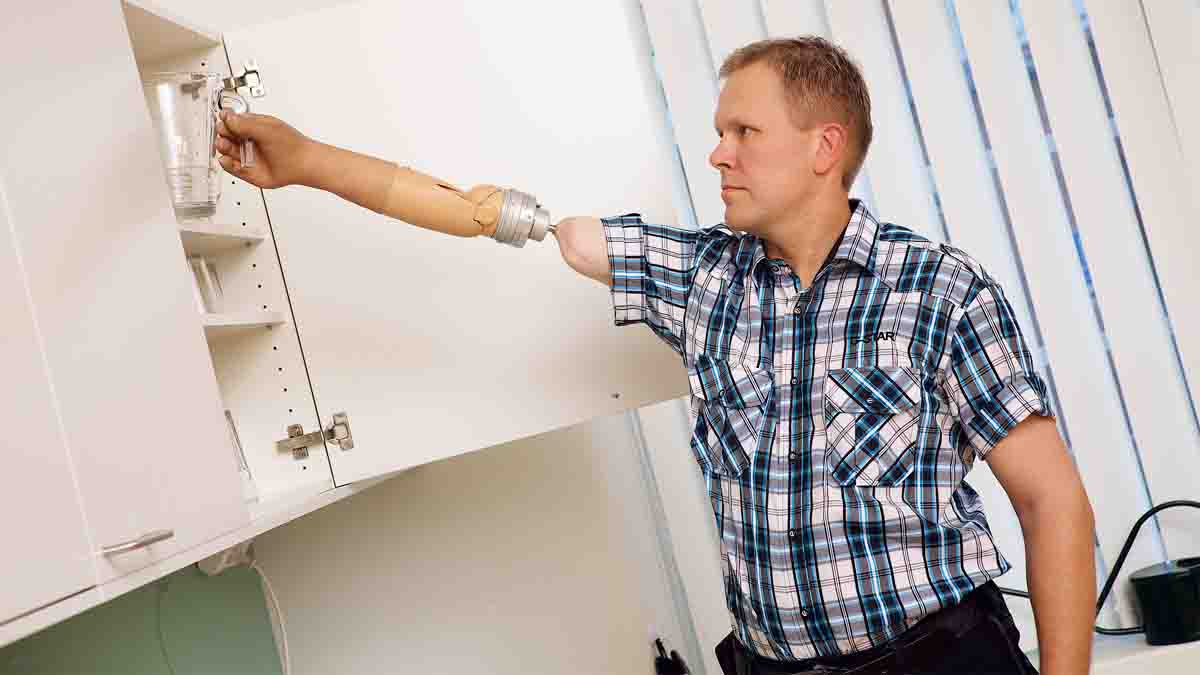 The First Prosthesis with a direct connection to bone, nerves and muscles was created by the Mexican Max Ortiz Catalán, who lives in Sweden. The device becomes an extension of the human body through osseointegration, this means that it is connected directly to the bone through a titanium implant, and thanks to the union of neuronal and muscular interfaces, a robust and intuitive control of the artificial hand, in that, through thoughts, it is possible to move the limb.

The scientists, that is a graduate of Monterrey Technological Institute, informed that a patient with an amputated arm above the elbow, is the first person to use this technology and since 2013 has allowed him to develop a normal working life, return to his activity as driver of heavy machinery between the Swedish-Finnish border.

Biomedical engineering doctor Ortiz Catalán explains that thanks to the electrode system that connects to muscles and nerves, stable signals are obtained that allow precise control, for example, that the patient handles a small and delicate item without breaking or throwing it, it also provides sensations as if it were your own hand and it is protected from interferences like those of the sensors in self-service stores.

The research was carried out at the Chalmers University of Technology, Sweden in collaboration with the Sahlgrenska University Hospital, and the implant company called Integrum AB, which works with bone anchorage prostheses.

How it is placed

The artifact consists of two parts, an implant and a prosthesis, the first part requires surgery in which a piece of titanium is placed inside the bone and a control system is installed that connects electrodes to the muscles and nerves. The second corresponds to a removable prosthesis, which maintain a mechanical connection with the bone and an electrical connection with the implanted electrodes. If the patient is going to take a bath, the robotic part can be removed.

Nearly 400 people in the world already have a titanium implant, and only two with the electrode system implanted in nerves and muscles. More than ten patients are expected to receive the neural control system this year.

Osseointegration technology ends the problems of inflammation, chafing and discomfort caused by conventional socket prostheses, that strongly press the stump, that feels like having shoes that permanently are tighten; so instead having a direct connection to the bone does not have any component on the skin that bothers, so the use increases considerably, as does the quality of life”.

In addition, by implanting titanium within the bone, the bone cells grow around and join, something that would not normally happen with other types of material such as stainless steel, which generates an encapsulation reaction and creates mechanical instability.

The titanium implant to anchor the prosthesis to the bone is currently only available in Europe, Australia, Chile and the United States, but an agreement is being sought to develop it in Mexico.

“We focus on making technology that patients can use in their daily activities, and we would like it to become a standard treatment for an amputation, so prices would decrease,” concludes Dr. Ortiz Catalán.

Meditation as a Means of Connection with Our Valuable Inner Self

Google Map Functions You Probably Did Not Know