All the provinces of Central America after its independence in 1821 sought to consolidate from agenesis of federal republics, but in 1840 this region was fragmented into small countries in order to build as nation-states.

Likewise, the processes of state-making in Central American territories since the second half of the nineteenth century were determined by the disputes of different world powers due to the isthmic nature of the region, with the United States being the country that has intervened most militarily in the building of these Central American States until the twenty-first century.

The above concern can be synthesized in a single question: what role has the United States played in the building of the Central American States according to its relation with the migratory crisis in the region?

At the beginning of the new millennium, according to the opinion of some political analysts, the term “failed states” was used, referring to countries that have not been able to provide their inhabitants with a guarantee of basic services, as well as an evident failure due to the consolidation of territorial control and the monopoly of violence, expressing illegitimacy in political and social institutions.

All this seems to indicate that the process of state-building is the result of historical outcomes in a political-military conflict. Specifically, it is a confrontation between groups of power that decide to take up arms in order to threaten others with the means of coercion and establish their own State.

Central American history has a response to how the process of development and construction of statehood attributes.

In the case of Nicaragua, the processes of state creation have ended up being shaped in the form of civil war through power struggles, due to this its history has been one of constant political instability. Nicaragua in the nineteenth century had to face those who aspired to rebuild the Central American republic, the British who controlled part of its territory, and the informal interventions of the United States to maintain their interests in different parts of the country.

Subsequently, it is necessary to take into account the contextual framework of the Spanish-American war and the completion of the works of the Panama Canal in 1914, being ways by which the United States left its military structure impregnated in Central American institutions as repressive as the National Guard.

Likewise, the Nicaraguan historiography has called the existence of a period of Anarchy with respect to a series of convulsed years that the country had (1821-1856).

The nation later passed into the hands of the government of a U.S. filibuster named William Walker (1856-1857) who lost his control in an expansionist war against the military union of other Central American countries, highlighting Costa Rica’s participation in various liberation battles.

The above leaves Nicaragua independent but with a political instability again in order to be able to build itself as a nation-state only from 1860.

However, that recent Nicaraguan State was filled with constant confrontations to retake power according to the interests of the United States after 1912 until 1936, leaving it with an impediment of inventing itself as a country, only observing some palpable attributes of a limited sovereign State and being very servile to the military forces.

After 1936 until 1979, the United States cedes power to the Somoza family so that it could be constituted in the State through a social group with personal and non-partisan interests.

After the Sandinista revolution the Somocista state was dismantled in every sense, and before the democratic processes were opened in the nineties up to the present through a series of electoral participations, another civil war between the “Contras” and the Sandinistas was more benevolent.

The Contra was well-armed by the government of U.S. President Ronald Reagan to fight the Sandinista government. It should be noted that the State reduction policies in this last stage have part of the reason for not yet allowing the consolidation of cumulative years of experience of state-building, but yes a reductive one. Daniel Ortega and his government have formed a state that has had its own characteristics since a turbulent history.

Guatemala in 1954 suffered a violent coup d’état orchestrated by the CIA to overthrow the democratic president Jacobo Árbenz, since the president opposed the interests of the United Fruit Company and had a supposed rapprochement to the communist party of Guatemala due to the social reforms given in his government.

Guatemala, after this military event returned to a series of coups, d’états and short democratic failures that lasted until the eighties, representing in power some military juntas, provisional presidents and dictators, as well as what they had experienced years before the democratic triumph of the Guatemalan Revolution through the presidency of Juan José Arévalo and Jacobo Árbenz (1944-1954). Thus, the overthrow of Árbenz soon led to clashes between some leftist guerrillas and paramilitary groups in favor of dictatorial regimes.

Similarly, the various invasions of Honduras by U.S. Marines in the first decades of the twentieth century were obvious acts of military aggression, always seeking to turn the country into a “neutral” and strategic zone of attack, both domestically and internationally, due to the country’s geopolitical position.

It is worth mentioning that the subsequent history of Honduras consists of continuous coups d’état among its own military and economic elites, with the political role of the military juntas standing out, since it was considered a banana republic in the hands of the Banana Fruit Company due to the lack of territorial and political control.

In El Salvador, a country immersed in the control of friendly oligarchies, structured from colonial work logics anchored towards the 20th century and the search for control of the most productive lands unleashed guerrilla organizations in the 1980s, which confronted governments supported by U.S. presidents such as Jimmy Carter, Ronald Reagan and George H. W. Bush, always being present that informal intervention in the political outcome of the country.  Without forgetting that violent gangs such as Mara Salvatrucha were founded by Central American migrants in Los Angeles and, due to deportations, were restructured in the northern triangle of Central America (Guatemala, El Salvador, Honduras).

On the other hand, Costa Rica has had a history of relatively successful coffee expansion since the nineteenth century in a sparsely populated territory that has given it opportunities to grow economically in a less unequal way than its neighbors in the region, having a cumulative process of statehood elements to have few military conflicts and not having recent dictatorships, which ended up being factors that over time achieved a country in early amnesty.

In addition, in the context of the eighties of the twentieth century Costa Rica was taken advantage of and benefited economically by being a geographical bridge to deliver arms to the Nicaraguan “Contra”.

It is worth mentioning that social demonstrations in the last decades have prevented the dismantling of this statehood in favor of corporate interests, but the credibility of the people in the democratic institutions has been crumbling, increasing abstentionism.

Costa Rica has been formed as a successful state, this is due in large part to the fact that in all its history it has not suffered a military intervention by any world power, as it did in the other Central American countries in the hands of the interests of the United States and England.

In summary, there have been certain political-military outcomes that make the central power unstable in the different Central American countries, the United States has always been impeding in one way or another the process of democratic conformation in these countries, where there ends up being an abortive process of state-building, becoming failed States.

The United States, faced with the weight of the past, has a great historical responsibility that this region cannot offer its populations a controlled territory, with a lesser degree of violence and social and political institutions that provide the most adequate basic services.

Currently, Central Americans have a past of latent inequality that has not been thoroughly cleaned up by any peace treaty, since the repressive demonstrations left by the United States interventions created a culture of social violence almost two hundred years ago, plunging their states into a gigantic poverty with a lack of social security that seems intractable. This is even more evident when, in the same 21st century, elected regimes with State Department influences continue to be attacked in order to generate government overthrows such as the one that occurred in Honduras in 2009.

The growth of forced migrations from Central America to the United States is in some way part of the outcomes created by its own foreign policies of military intervention, which prevent the creation of successful states in the Central American region, being possibly the main culprit in much of the migratory caravans to its own territory.

Evidence suggests that the countries most heavily intervened in a politico-military manner in Central America are those that most frequently migrate to U.S. territory.

Costa Rica has never been intervened militarily, allowing this nation to continue with its democratic course in a long-lived way and managing to stand out for not having failed state institutions, so it has not generated high rates of migration to the United States or another country, with high life expectancy rates worldwide, being a territory where large waves of migrants are welcomed when there are different crises in the Latin American region. 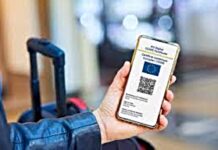 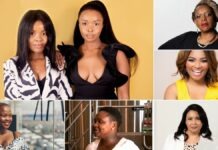 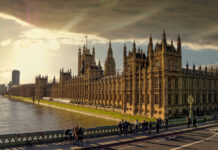