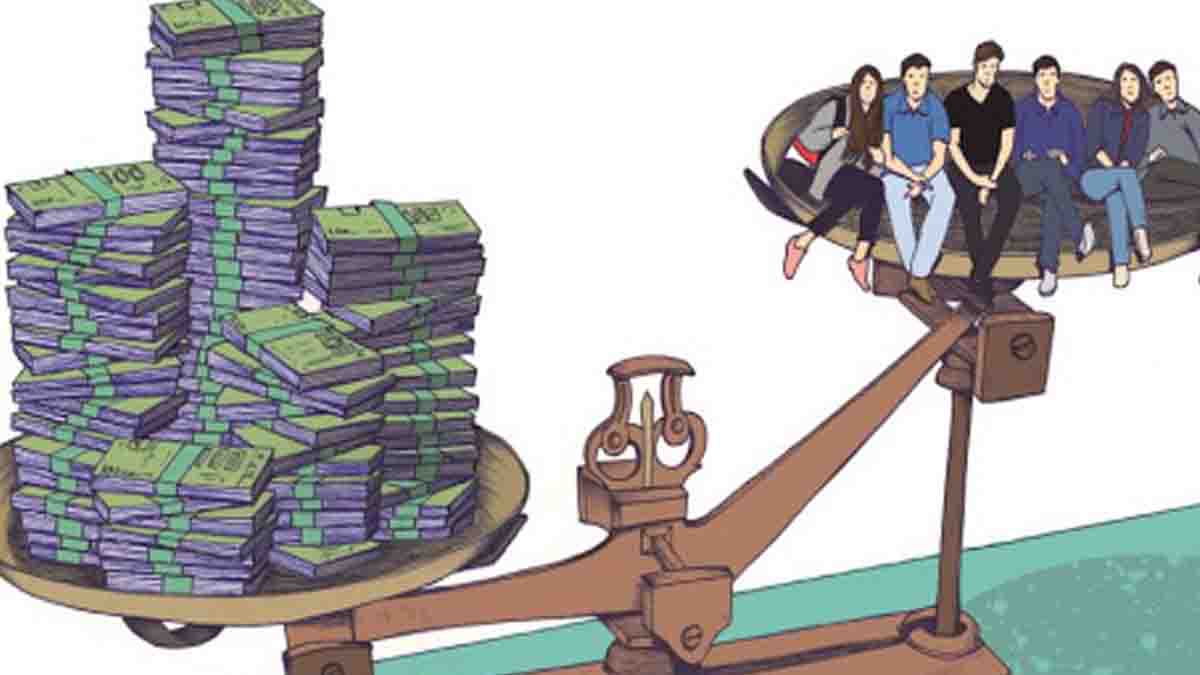 Cannibal capitalism is not a consequence of the COVID-19 Pandemic, it is the product of forty years of imposing a neoliberal model that has placed Costa Rica among the most unequal countries in the world, with percentages of poverty (before COVID-19) of 21% and unemployment of 13%, which could not be solved and which, on the contrary, had been increasing, hitting the Brunca (south) and Central Pacific regions with the greatest negative force.

All these economic policies, pressured by the International Monetary Fund and the World Bank, were approved by liberationist administrations (PLN) and, of course, supported by other political forces such as Social Christians (PUSC) and the usual smaller political entourage.

These neoliberal policies have involved what we already know: shrinking the role of the state and handing over profitable state institutions to the market, opening the economy to globalization and free trade, leaving the financial elites to act freely. All these policies led to the destruction of local farmers and other economic and productive sectors, generating another side-front, the “informal jobs” sector that represented, a few months ago, 47% of the economically active population. All this was what was sown over the past forty years.

The Alvarado Quesada administration does not escape this situation, which, with a false speech of “national unity”, ended up handing over the economic management of the country to people who were, by far, responsible for the disaster and to the businessmen who orbit around the UCCAEP (commercial and business chambers association), what can be interpreted as a complete surrender to neoliberalism. And as the popular saying goes, he who sows winds reaps storms.

As is now evident, we do not have to lay all the responsibility for everything that has happened in our country to the COVID-19 phenomenon. Very complex and delicate situations were already taking place at the political-economic level much before, all aimed at reducing the role of the State in social matters as well as a permanent attacks on public workers. The approval of the “combo fiscal” was one of those devious attacks, approved in the Legislative Assembly by the deputies of the PLN, PAC, PUSC and PRSC. 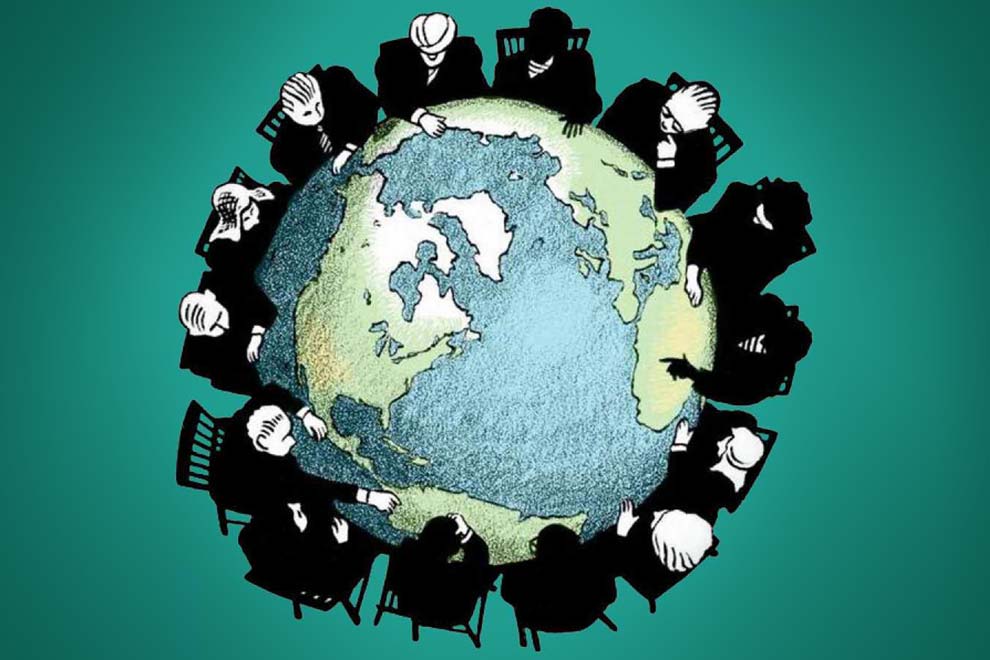 Some naively believe that the crisis caused by the Covid-2019 phenomenon would open spaces to carry out policies of “national unity” to establish a truce and a new social pact based on honest negotiation between sectors to deal with the crisis (like the hypocrisy of the fight against the tax combo). It turns out that it was not so; worse still, the attack on the entire working class, especially the state workers, has intensified.

An example is the intention to eliminate the eight-hour workday, under the euphemism for “labor flexibility”, which means a one-hundred-year reversal in labor matters, all to please the national business community, much of which, as stated, orbits around the UCCAEP.

The undeniable aspect of the crisis intensified by the COVID-19 phenomenon is, that it has left the “happiest country in the world” bare naked. Rampant inequality, poverty, slave labor (northern zone), misery and humiliation (barracks), exploitation, hunger, anti-labor policies, xenophobia, etc.

It is for the above, that the statements given by the former Minister of Finance Rodrigo Chávez , unveil what is clearly very evident, that:

Regarding what the former minister said, we can conclude the following: “that Costa Rica is a country openly assaulted by large businessmen and, due to the scope of money laundering, the country in practice is a narco-state and perhaps this is what has generated the pressure to maintain bank secrecy”.

In the case of negotiating with the IMF, the country already has the result of 40 years of surrender and submission (PAEs and FTA). We do not doubt that the Alvarado Quesada, if it is allowed,  will end up sacrificing even more of the working class, and that it will end delivering the ICE, the CCSS and all that is to be delivered. That is what the former minister refers to when he talks about battlefield surgery: you have to pay the national debt at whatever price.

But what is politically very revealing is his assessment of the very probable occurrence of the destruction of the social fabric and the rule of law. Of course, these statements by the former minister cannot go unnoticed, especially by those who analyze them. That is not to say, either, with a high probability this has been a subject of discussion in the closed circles of the Alvarado Quesada administration. 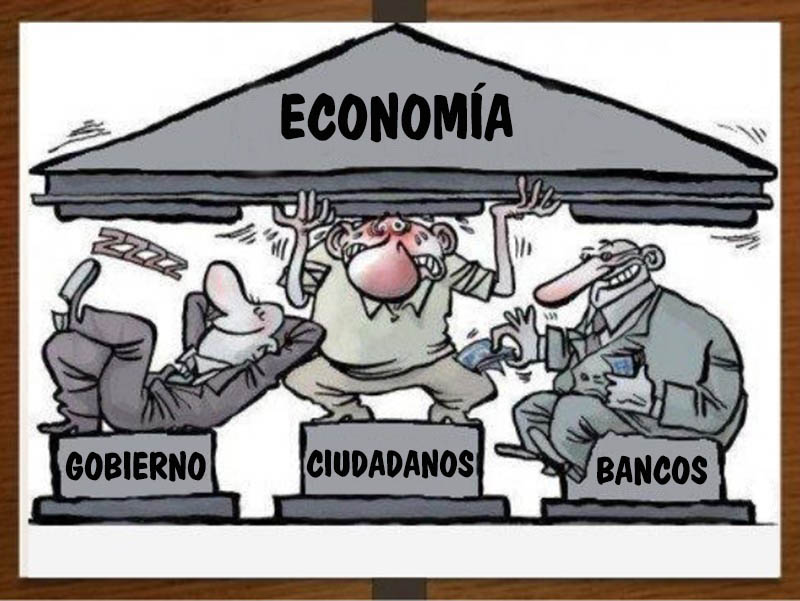 And it is, as manifested itself, the COVID-19 phenomenon exposed “the open veins” of Costa Rica and that, as described above, the pressure on the working class will be greater and unbearable. Vast sectors have and will continue to suffer increase unemployment, poverty and informality, where hopelessness, hunger and rage accumulate. This will inevitably become a socially explosive situation that will undoubtedly lead to strong social mobilizations that, as the former minister says, are very likely to break the social fabric and fracture the rule of law.

It is clear that the scenario described by the former minister is very real. The dominant sectors, the business sectors that have been living in a party of evasion and avoidance are not going to give up anything willingly, everything is in there for them.

The political parties represented in the Legislative Assembly for the most part do not have their own expression, the PLN, the PUSC, the PAC, themselves, are in practice puppets of the dominant sectors and international economic agencies. In other words, they are contributing to a great extent to the fact that this scenario of rupture advances inexorably.

It is for all this that popular social movements, as well as all the forces of resistance by the working class character internalize that, indeed, things can get out of control. Getting out of control does not mean that this social breakdown favors the interests of the working class. On the contrary, a scenario like that can be perfectly exploited by the dominant sectors to impose a totalitarian regime.

That is why the working class social movement, this time referred as the Unitary Bloc, has to seriously analyze two road maps, one of which has already been discussed and approved, the formation of the National Front for Struggle and Resistance, that can consistently and firmly lead the masses in a scenario of rupture of the social fabric and the rule of law, but with the clarity that, if that scenario occurs, the rupture must be aimed at dismantling the Cannibal economic model.

The other, very necessary, by the way, is the formation or strengthening of a political party centralized in the class struggle with electoral options that serve the interests of the working class, of the farmers, and of the small and medium businessmen consistent with the interests of our Homeland. A working class political party that allows different sectors to come closer and join the fight with a view of taking over power.

We enter a critical facet of Costa Rican history. Because if the dominant sectors, in collusion with the political sectors of the PLN, PUSC and PAC and other stalwarts decide to choose the road map that ex-minister Rodrigo Chávez has proposed, that is, “battlefield surgery”, then we must be prepared, because those sectors will still have to enter that “battlefield” and as the former minister said, it will be “noisy and bloody”, for them too.