The H2LAC 2021 Hydrogen Congress for Latin America and the Caribbean was held, co-organized by the Inter-American Development Bank...
Read more

Strengthening the participation of women from groups in vulnerable situations and promoting peaceful coexistence in territories at risk of...
Read more

The young “gamers” Danny Carvajal and Marco Sibaja will be the representatives of Costa Rica in the regional stage...
Read more
TCRN STAFFhttps://www.TheCostaRicaNews.com
Creating a Conscious alternative news network that we feel the world needs. Pura Vida! 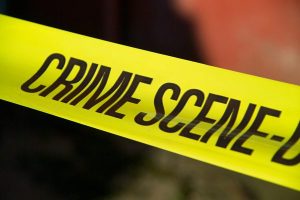 Democratic Sen. Bob Menendez said Friday he will visit Guatemala, El Salvador and Honduras between April 29th and May 3rd to reassess the priorities of U.S. assistance to Central America, which has one of the highest homicide rates the planet.

The chairman of the Foreign Relations Committee said he plans to meet in the three nations with the respective governors, legislators, judges and civil society representatives.

The White House requested in the next fiscal year draft budget $162 million counternarcotics efforts in Central America through the Central American Regional Security Initiative (CARSI, for its acronym in English), 26 million above the assigned in 2012.

Menendez said the intention of the trip is to “see the synergy of development programs, for security and other we have in the region to assess what works and what does not,” the senator Cuban ancestry

The New Jersey senator said he coordinated the date of your trip to Central America with the White House. President Barack Obama plans to visit Mexico and Costa Rica from May 2nd to the 4th.

The U.S. counternarcotics efforts in Colombia and Mexico efforts have led to an increased presence of organized crime in Central America in recent years, which has created a surge in violent crime.

The H2LAC 2021 Hydrogen Congress for Latin America and the Caribbean was held, co-organized by the Inter-American Development Bank...
Read more
Culture & Lifestyle

2021 is a very important year for Costa Rica, it celebrates the bicentennial of its independence. Since after a hard year, it is time...
Read more

The Municipal Council of San José unanimously approved in ordinary session on Tuesday, April 6, the declaration of our Capital as a “canton friend...
Read more

The support of President Carlos Alvarado for the conscientious objection clause included in the Public Employment bill today provokes the rejection of organizations of...
Read more
- Advertisement -