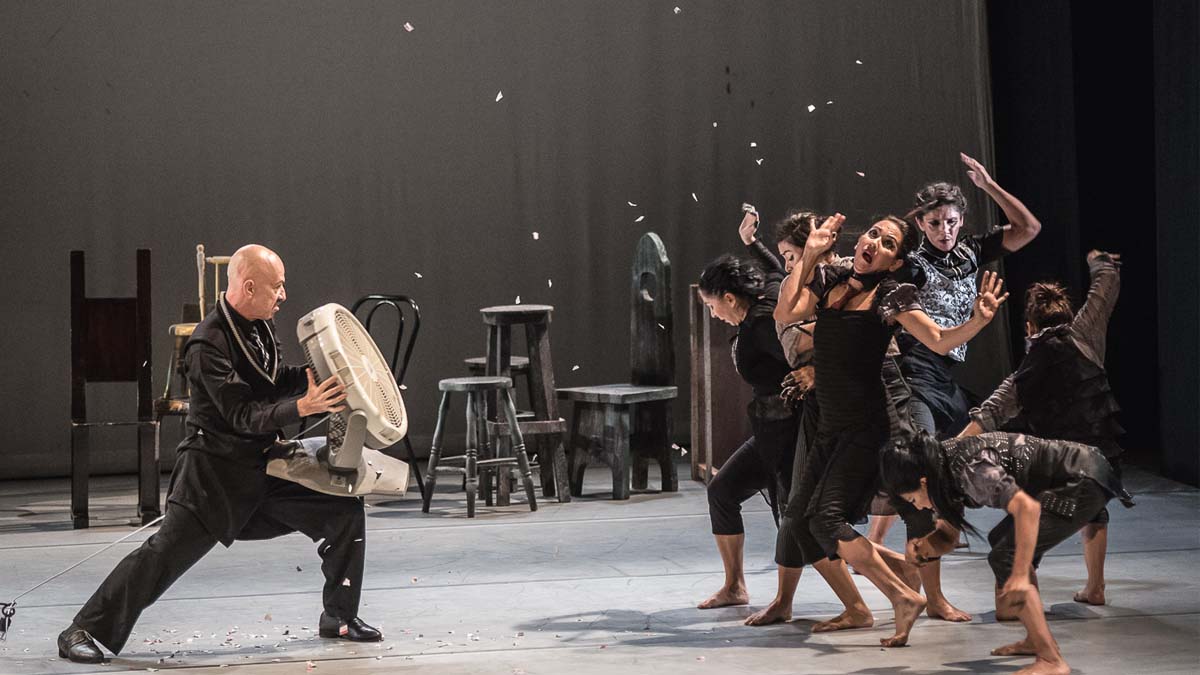 Costa Rica is a wonderful country that offers you much more than beautiful landscapes. The Costa Rican National Dance Company (CND) is a source of great pride for our country.

Recognized worldwide and winner of many international awards

Over the course of its 33 years of exsistance, the CND has obtained various national and international recognitions and awards, at the group and individual levels, through its dancers and its choreographic proposals.

Several of the countries mentioned above have been visited on several occasions. It has traveled in official representation of the Country within the framework of International Art Festivals or by inter-institutional tour agreements.

Creation of the National Dance Company

The National Dance Company (CND) was created on July 10, 1979, under the direction of its founding director Maestra Elena Gutiérrez, who had the vision of fulfilling the need to professionalize dance through a state professional artistic company.

In 2000 it was transformed into an artistic program of the Melico Salazar Popular Theater, both attached to the Ministry of Culture and Youth of Costa Rica.

One of its main objectives was to shape a dance style capable of expressing the identity of Costa Ricans through a contemporary technical and aesthetic language.

Over the years, its own repertoire has been formed, with the aim of integrating the public into this dance art, carrying out continuous programs and workshops to extend to the different provinces of the country.

The CND since its creation was defined as an institution for the purpose of choreographic production open to the various creative languages. Therefore, variabiity could be the main characteristic of its dancers.

It is important to emphasize that this group has a permanent flow of dancers, the result being a cast with performers who have different levels of maturity and stage projection, thus forming great interpretive richness.

The CND has produced more than 200 choreographies to date and has professionalized a large number of national and international contemporary dancers and stage dancers in contemporary styles. The CND also administers the CENAC Dance Theater.

This institution has played a very important role in the history of national dance, aiming at production, extension, management and research.

Many dancers, choreographers, teachers and artists from other disciplines, national and international, have left their mark on this institution.

Sylvia Montero Rodríguez is CND`s current director. She is a dancer-performer graduated from the Dance School of the National University (UNA), she was a member of the UNA Dance School Company from 1981 to 1993.

From 1994 to the present, she has been part of the CND. In this period, she also has held the position of artistic assistant, as well as stage director in multiple choreographic works.

She obtained the National Dance Prize as Best Dancer Performer in 1995 and was a ballet teacher in the Pre-Race Program of the UNA School of Dance, from 2006 to 2016.

“I take on this new challenge with great responsibility and with the mystique I have had as a dancer for so many years of being on stage and sharing with so many teachers and colleagues. The National Dance Company is going through a very important moment, since in 2019 it will celebrate its 40 years of existence; special juncture for the history of dance in Costa Rica, ”said the dancer.

Ibo Bonilla: Renowned Artist with Great Influence on Our Culture

Costa Rica Promotes the Breadth of its Natural Culture in Spain

Learn How to Prepare 3 typical Costa Rican Meals at Home