200 years of Independence will be commemorated by the nation of Costa Rica on September 15th, 2021. President Carlos Alvarado Quesada stated for this occasion that, “having his government the honor of presiding over this celebration, they are committed to ensuring the continuity of Costa Rican values and principles, with the successful development of many prioritize areas to expand ever forward the trajectory of the nation.

Costa Rica takes great pride in its 71 years without an army and 78 years of social guarantees. Having a population of 5 million, of which 32% are between the ages of 15 to 34.  With a labor force of 2.3 million people and growing at a rate of 1.5% every five years, according to the National Stats Institute (INEC), and of which women constitute 40%.

The country has been recognized as a regional leader for gender equality, with the participation of women in politics, diplomacy, and international relations. In 1949 it became the 98th country in the world to grant women’s suffrage. Since then, Costa Rica has rapidly developed a long list of gender equality conquests, currently, 43% of the Governing Council and almost half of the Legislative Assembly (46%) are women.

Costa Rica ranks first in Human talent disponibility in Latin America and 29th in the world, with a highly skilled and healthy workforce, having 97.4% of adult literacy rate. As of 1870 basic education in Costa Rica is free and mandatory with a 5-year general academic program and 6 years of technical curricula. Total educational expenditure in 2018 was 7.36% of Gross Domestic Product (GDP)

The nation is by far the most advanced in English proficiency in all Latin America with its workers providing services abroad in 13 languages.  In 2018 the government committed becoming a truly bilingual country, setting the English language as a national priority.  The initiative will be undertaken by the Ministry of Education, the National Technical Training Institute, and private sector schools.

With a robust public and private health care system, Costa Rica has strived for universal access since several decades ago.  Health expenditure is 7.8% according to a 2019 report, with the average being around 8% in the last 5 years.

Costa Rica is globally renowned for having the highest quality service in health care. It is the 25th Healthiest Nation in the World according to the Bloomberg Index, with 75 points, that track medical costs, value, and the life expectancy of the 60 best health care systems in the world.

The country actively promotes biomedical research. For example, in 2016, the Human Papilloma Virus (HPV) Vaccine Trial research project (ESCUDO) was declared a top public national priority. ESCUDO received support from the public and private organizations like The Social Security Fund (CCSS) and the Ministry of Health of Costa Rica and comprises a collaboration between researchers in Costa Rica and the National Cancer Institute of the United States of America.

This nation has maintained a solid National Environmental State Policy for many decades, endorsing the National Decarbonization Plan 2019-2050, which offers a path to boost the modernization of the economy by generating many jobs and revitalizing growth with a model based on the 3Ds: decarbonization, digitalization, and decentralization in electricity production.  98% of our electricity is generated by renewable sources.

The Global society will only deliver on the commitments of the Paris Agreement if a new level of political ambition among governments is matched by an equal level of commitment and determination from the world’s financial community.

Costa Rica is strategically opened to the world’s largest markets with preferential access, having 93.9% of exports of goods covered by 15 Free Trade Agreements which allows open-door policies with 57 nation trading partners.

World-renowned for its tradition of peace, democracy, and stability. With political stability and the absence of social violence or terrorism, ranking among the highest in Latin America. It leads to innovation in Latin America, being the first inefficient Cultural, Creative, and ICT services exports.

The country has the first competitive tax incentives in the region to reach the true Return on Investment (ROI).  Service projects and manufacturing projects in the Free Trade Zone Regime will pay 0% income tax for the first 8 years of doing business in Costa Rica and then just a 15% income tax the following 4 years, and additional 8-year renewal periods are granted if significant reinvestment is made. This is translated into a strong Foreign Direct Investment Permanent National policy that allows business ventures to keep flowing.

In the last decade, there has been consistent growth in foreign direct investment.  FDI inflows have grown an average of 10.3% every year since 2003 according to the BCCR and IMF 2018, representing 4.76% of GDP and an FDI per capita that reached US$554. Experiencing consistent growth in its exports of quality goods and services, with an average annual growth rate of 6.1%, representing 67.7% of GDP.

In 2019 medical devices were Costa Rica’s top industrial export goods and the first exporter in Latin America of high technology goods as a percentage of manufactured exports. The country exports 4,500 different products to 150 destination countries. With the medical device industry yielding impressive and steadily increasing results with the complexity of products manufactured continuing to evolve.

Costa Rica is committed to a strong guaranty of legal and security related dispute settlements.  Being a member state of the Convention on International Settlement of Investment Disputes (ICSID Convention). Also being a signatory of the convention on the Recognition and Enforcement of Arbitral Awards, legally obligated to answer investor arbitration claims submitted under ICSID, UNCITRAL and WTO, accepting arbitration verdicts. No local court denies or fails to enforce foreign arbitral awards issued against the government.

The current National Administration has worked closely with legislative leaders to establish a multiparty committee on The Organization for Economic Co-operation and Development issues. Having completed 15 reviews and 7 still pending. Preparing for the Fourth Industrial Revolution (4IR) is a major concern for the Government.  Good administrative practices are crucial to reaching this goal. As our Bicentennial approaches, all “Ticos” are ready to receive it in an exemplary manner, as we take pride in the continued prosperity of our nation. 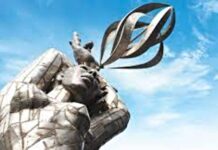 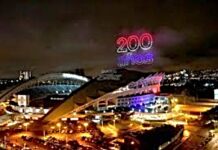 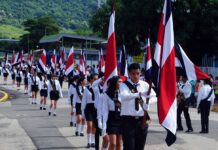