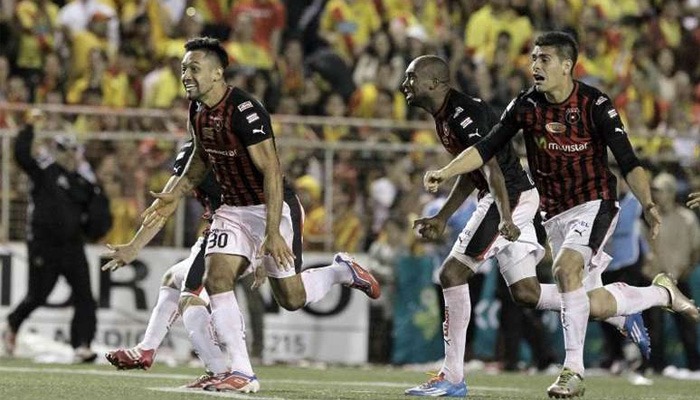 It was recently informed that the Costa Rican soccer league will resume, and it has a date, Wednesday, May 20th, but the matches Guadalupe-Limón (21:00 GMT) and Cartaginés-Alajuelense (02:00 GMT) were re-scheduled for Tuesday May 19th. But it will do so without an audience and abiding by an extensive protocol of preventive and restrictive measures.

Costa Rica, which has achieved much success in the containment of COVID-19, with a low level of infection and lethality, thus becomes the first Latin American country to bring back professional soccer, with the exception of Nicaragua, which never suspended its tournament, that has remained active, culminating nine days ago with Real Estelí as champion.

This will be the sanitary protocol during the tournament

The Costa Rican Ministries of Health and Sport established that the matches will be played without an audience and the gel alcohol must be present at the entrance doors of the stadiums, in the bathrooms, in the dressing rooms and on the benches for their constant use. Here are some other measures:

For the press, it will be allowed the presence in the stadiums of radio and television media that have paid broadcast rights, but with a reduced number of personnel, abiding by the established sanitary measures to avoid any contagion during the sporting event.

ESPN journalist David Faitelson said: “I welcome Costa Rica as the first CONCACAF league to restart. It can also be a laboratory, as the Germans with the Bundesliga, so that other leagues can also adapt to the “new normal” that the soccer industry is going to live for a while. We will see how it works in Costa Rica ”.

Regarding the paying of the players and staff

On March 24th, the Association of Professional Soccer Players announced a salary agreement with the clubs that establishes differentiated payments due to the suspension of the tournament.

The agreement also states that players will receive 60% of their salary if the tournament resumes behind closed doors. The return of football is part of a plan to de-escalate the restrictions on economic activities announced by the Government and whose first phase began last Saturday.