In these recent days, as the western US states burn, and parts of California suffer from a cloud of ash, so the US way of life is threatened by climate change. More than 8,000 wildfires have burned over 4m acres in California this year. The fires have killed 40 people, destroyed more than 8,000 structures, and displacing thousands in the state.

This proofs that climate displacement isn’t something that happens only outside the US borders. It has already begun, no longer can citizens turn their backs on the more than 30 million climate migrants worldwide.

The southern US coast has been losing many amounts of land every day, which has prompted thousands of coastal inhabitants to migrate from the coastal states. It is estimated that last year more than 1.5 million Americans left their homes for climate-related reasons. One study, published in the Journal of the Association of Environmental and Resource Economists, predicts that one in 10 Americans in the southern half of the country will relocate over the next 40 years due to slow-onset climate influences. While mega-disasters like the wildfires in the western US capture our attention, slow-onset disasters such as a sea-level rise or annual flooding are even more likely to cause permanent displacement.

With such an imminent threat looming over the country – and the world – the time for action is now. The international community took a step in the right direction when it recognized climate migrants for the first time, including those from the US.

Leaders from more than 160 countries formally adopted the UN Global Compact for Migration, which acknowledged climate change as a driver of migration and urged countries to begin preparing for a surge in climate migration.

More needs to be done urgently

When the Dust Bowl swept the United States in the 1930s, a mass exodus of 2.5 million midwestern farmers migrated towards the west coast states. These climate migrants, just like the ones today, were derided as “aliens” and “undesirables. These statements were deemed unconstitutional since it was declared that “the citizens of each state shall be entitled to all privileges and immunities of citizens in all states”. The US response to climate displacement today must recognize a similar collective responsibility towards all those affected by climate change. 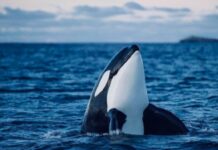 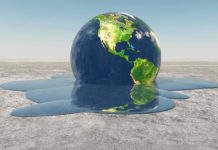 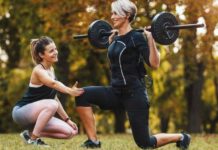 These Are the Main Fitness Trends For 2022