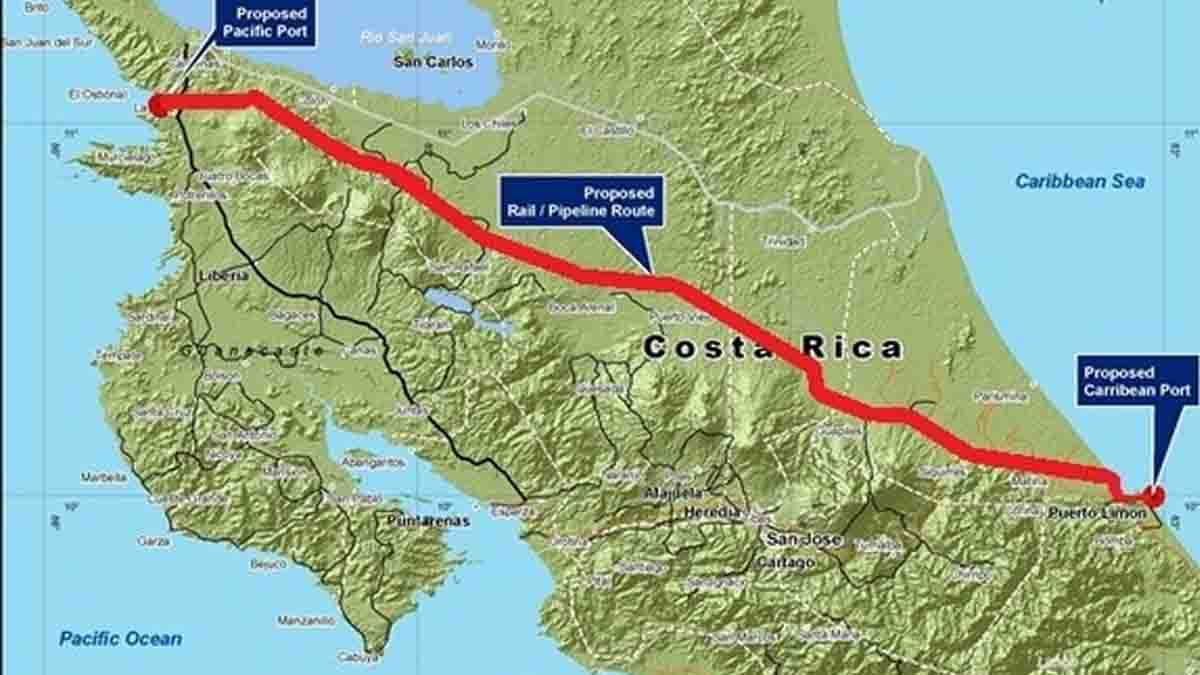 The interconnection project between the Caribbean Sea and the North Pacific of Costa Rica called “Canal Seco” or “Interoceanic Green Canal”, has been diluted after being ordered to file, according to document CNC-ST-0240-2020 signed on April 20 by the Technical Secretary of the National Council of Concessions.

This project represented a historical ambition of the great exploiters of the land and traffickers of export goods, who after the approval of Free Trade Agreements in the era of neoliberalism, dreamed of seeing their mega-project of inter-oceanic connection carried out, which sought to build a 10 rails railroad in a journey of 315 km.

The Ecological Federation (FECON) welcomes the decision to reject this private initiative, as part of the agenda of the Mesoamerica Regional Integration Project, with which large corporations intend to govern the life of Central American countries at all ends under the excuse of multi-million dollar investments that are only based on transnational business.

The second blow to the interoceanic connection in Central America

The development model in the region thus suffers a new blow. On July 13, 2019, the six-year period that Law 840 had given to the interoceanic canal project in Nicaragua to present its financial support expired. A fact that Nicaraguan farmers and environmental organizations celebrated last year.

We are seeing in Costa Rica a second technically similar failure. In the prefeasibility stage, it has not been able to demonstrate the viability of such megaprojects, which are the product of irrational competition on an international scale to facilitate global merchandise traffic.

Of course, if corporations intend to lower their costs for freight traffic with these megaprojects, the recovery of investment by States in the medium term would be mere speculation. Under this principle, it is technically impossible to analyze the future benefits in terms of costs for the real effects, through studies with a sufficiently serious scientific basis.

This project foresaw serious damage due to the extensive fragmentation of ecosystems located in the areas of direct and indirect influence, some of the State Heritage, which are habitats and corridors for various species, in addition to the damage to aquifers that would cause the installation of all the infrastructure associated with the corridor.

The dry canal is a false economic solution

In these times the fiasco of the globalization of the markets and the importance of natural ecosystems to guarantee our health has been demonstrated. Rather, it is time to recover the water and soils that will be needed to supply Costa Rica with food and which at this moment are monopolized by the same corporations that are betting with these megaprojects.

But neoliberal attempts at interconnection are probably not entirely extinguished. For now, the expansions of strategic roads for trade that aim to sustain and increase the transnational investment model and export markets that have our towns cornered remain active. The developmentalist model has always been challenging. We celebrate this setback without letting down our guard.